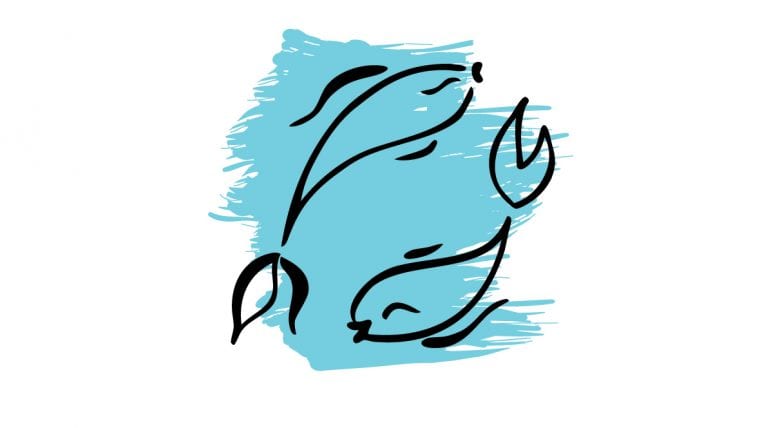 Pisces Man Compatibility – How He Matches with Other Signs

Are you into a Pisces man but aren’t sure if your sign is compatible with him? Let me help explain the Pisces man compatibility for you. Keep reading to see where your sign ranks in his top matches.

When it comes to the sensitive Pisces guy, he looks for a very specific type of partner who will fulfill his soul mate search. He’s looking for “the one” and not all women can fit into this mold he has in his mind. He’s a dreamer.

The most compatible out of the zodiac for the Pisces man is a split between two signs. One of the choices is Cancer woman. She’s a water sign like he is and she bases her decisions on how she feels. He understands this all too well.

When he’s with a Cancer woman, he feels he can be himself and the two of them seem to have just about everything in common and even in the areas where they don’t they will find way to work it out provided they can convey their feelings well.

Scorpio woman will have temper issues which may make things a bit sticky for the Pisces man however; they can still very much work through it and make a long lasting match.

Now, it’s not just these two women that make a tremendous match up but they are by far the best. When looking for more stability and loyalty, the Pisces man will also do very well with the Taurus woman.

They understand each other, Pisces man will give Taurus woman all the care she wants and she’ll give him plenty of romance, passion, and longevity. She’ll be his rock and help him keep his feet on the ground when he day dreams.

They may have some communication issues but overall, they really can work through it if they truly love each other. The Capricorn woman is another fantastic match for the Pisces man.

She’ll be stable, she’ll inspire him to turn his dreams into reality and she’ll show him that hard work will get you far in life. She’ll be stable for him and though she can come across as cold at times, he will FEEL her love for him.

Other Choices That May Work

Naturally a Pisces man will completely relate to a Pisces woman. They can empathically feel each other and often times are able to communicate without saying a word.

Their sex is likely off the charts and totally satisfying. Where they may fall short is when they do actually need to verbally discuss things and because they don’t want to cause a ripple, they hold it in. In order to make it last, they will have to change that.

Virgo woman is a good choice for Pisces man as she’s a no nonsense type of woman. She’s strong, can day dream, but she can also seriously go after what she wants in life. She won’t lie to him and she’ll be very loyal.

Libra woman is also a wise choice as she’s able to see both sides to any situation. She’ll bring logic into Pisces emotional way of thinking. She can help him to look at things another way and can bond with him quite well sexually. They just need to learn how to trust each other because without trust, they have nothing.

Then there is the Leo woman. She’s brilliant, charming, and independent. He loves how beautiful and social she is but he will become jealous if she flaunts herself a little more than he’s comfortable with. They can work past their issues if they love each other.

However, it will take a bit of muscle for the two of them to make it last for the long term. It’s a decent match that will allow them to complement each other but they have to both want to work past their issues.

The Not So Great Matches

If you haven’t seen your sign mentioned so far then it could be that it’s a bit trickier for you being involved with a Pisces man. It’s not impossible but it will take a lot of effort and love.

Aries woman is beautiful, strong, and independent. Sex will likely be incredible between these two as they’re both very physical and passionate. Sex isn’t enough to make love last, however. Communication may be another huge obstacle for these two.

Again, it can work but they will have to work extensively in order to make their connection develop further. There is also the Gemini connection. Pisces man won’t understand her need for excitement and keeping busy.

Pisces man likes to spend lots of time with the woman he loves. This will create conflict and cause them to be unable to really talk things through. They are very different. It’s not impossible but it’s not very favorable either.

Sagittarius lady could bring excitement to the Pisces man’s life but he won’t like it when she wants to take off and do stuff and won’t appreciate her spontaneity either. Sex will be gratifying but that’s the only real tangible thing between them.

Lastly is the Aquarius woman. They love talking about intellectual things but they really don’t have much in common. Aquarius woman likes to move slowly to be sure and Pisces man wants to dive right in.

He won’t have patience to wait for her to decide. He also won’t have a deep spiritual connection he’s looking for in bed so he isn’t likely to be fulfilled in the bedroom with her. They don’t know how to talk to each other either.

Remember ladies, if your sign is at the bottom, it doesn’t mean it’s impossible. There are always things that could make him a bit different as well as it can for you. Just consider what you feel and what your intuition tells you.