Pisces men are wonderful. These men are kind, intuitive, and oh so sensitive and they sure know a thing or two about romance. These guys just love to be in love, and one of their best qualities is their ability to see the best in every person they meet.

These guys have incredible imaginations, but Pisces men often live in a bit of a fantasy world and don’t fare so well with some of the complexities of reality. This can make it quite hard to pin them down or make them want to commit or stay interested in a more long-term type of relationship.

If you’re looking for some helpful tips on how to keep your Pisces man interested in a long-term relationship or marriage, then you have definitely come to the right place. Here you will uncover the truth on how to make a Pisces man’s heart soar with love and how to make him yours forever!

Continue reading and I’m sure you’ll be amazed how easy it is to actually make him yours for many more years to come!

Be A Pleasant Person To Be Around

Pisces men are so sensitive to the energy around them. Without a doubt, every single person they meet somehow influences the emotions of the Pisces man. He just absorbs all the energy he comes into contact with.

I can’t imagine how exhausting that must be, to be so tuned in to everyone around him. This is why it is so important for a Pisces man to be surrounded by really good and kind people. Thus, the woman he needs to be with should give him energy, not take it away from him.

Your best bet to get him to fall madly in love with you is simply to be a positive source in his life. Someone who lifts him up and has the greatest intentions for him, because if you don’t, I can guarantee that your Pisces man will feel it and want nothing to do with you.

Find sweet ways in which you can support him and make his life a little easier. This will mean the world to him when he’s so used to people just taking and taking without giving him anything back in return.

Whenever you see him, greet him with a smile, be sure to be friendly, and always show him your support. Within no time he will come to see what a kind and genuine person you are and want to spend all his time with you! 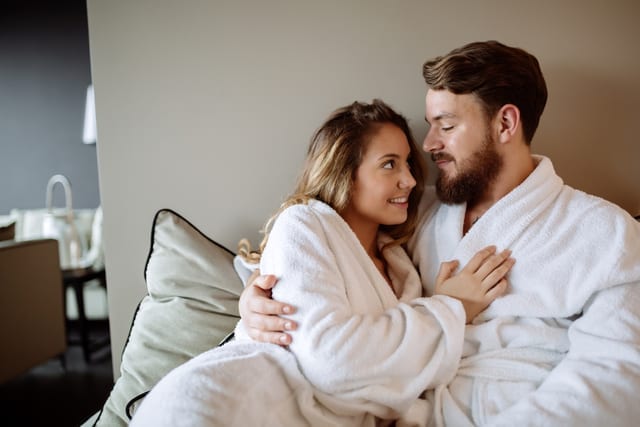 As I mentioned before, your Pisces man is incredibly sensitive, and sometimes with this sensitivity comes a bit of baggage he is carrying around. This baggage can make him quite insecure and unsure of himself at times.

He doesn’t always trust that the people he meets have the best intentions towards him. You see, he’s been burned a couple of times in his life, so as he gets older it can be quite difficult for him to open his heart again to trust.

The only thing you can do is to frequently assure him how strongly you feel about him. This man needs a lot of reassurance that the woman he is with is committed and devoted to him. He’s really afraid of being burnt twice and needs all the encouragement he can get to open his heart to love.

You must show him that you’re someone with a lot of integrity and that you’re a loyal and reliable force in his life. This might take a while for him to get around to, but eventually, he will come to recognize that he can’t do without your love in his life.

Give Him All The Space He Needs

When life gets a little bit much for your Pisces gentleman, his reaction is to usually make a run for it and spend a significant time on his own. Do not take this personally, it isn’t anything you have done, he just needs a lot of alone time to sort out his feelings and get back to himself once again.

This is really a make-it-or-break-it aspect of a relationship for him. He absolutely needs to be with someone who can handle being on her own and isn’t going to smother him and become needy when he wants to be alone.

Giving him the space that he needs to sort out whatever he is going through is only going to benefit you and the relationship. When a Pisces man comes back to reality, he is usually ten times more affectionate and romantic than before!

So, when he wants to take his alone time, make sure you don’t bother him, because when he comes back it is only going to be worthwhile for you, but not only that, he will come to realize that you’re a woman who is mature enough to understand when he needs to be on his own.

This will play in your favor rather strongly, and keep him interested in being in a long-term relationship with you.

Show Him The Depth Of Your Spiritual Side 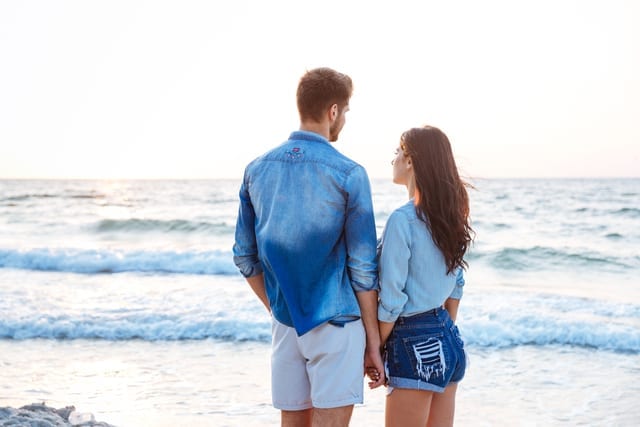 Growth and personal evolution are so important for a Pisces man. You’re likely to see a stack of self-help books on his bedside table and this is because this man is intent on doing the work and evolving into a more authentic and healed version of himself.

One of his greatest desires is to be with a woman who is just as interested in a spiritual path as he is. He doesn’t want to be stuck with someone who is content in staying exactly where she is in her life without challenging herself to change.

It is a really attractive quality for him when he can recognize that the woman that he is with is actively working on being a better version of herself every day.  You should discuss your personal goals with your Pisces man and let him in on all the spiritual work you’re doing on yourself.

He’s the type of guy who would be really open to going to yoga with you or perhaps joining you for a special retreat. In fact, he might be the one to invite you to his spiritual circles, and if you want to get closer to him – and I wouldn’t decline if I were you!

The chances are much bigger for this relationship to work out if he sees that you’re as open to growth as he is. He wants to be with someone open to support his journey and be with him every step of the way.

Don’t Get Into Any Unnecessary Arguments

Your Pisces guy seriously loves peace and harmony, and will do everything in his power to sustain these positive feelings. He is not comfortable with conflict by any means and will often duck and run away when things get too heated.

When issues arise in your relationship with your Pisces man, you should take a time out and give yourself a chance to cool off before approaching him with the problems that are coming up for you.

A Pisces man would much rather prefer an open and honest heart-to-heart conversation than a full-blown argument. Fighting is one way to get your Pisces guy to shut down completely. He is really sensitive, remember?

He is more likely to respond better to you when you’re vulnerable about your feelings and let him know in a gentle way that something in the relationship has hurt you or made you feel uncomfortable in any way.

When you’re able to express yourself calmly and with integrity, he is more than likely to realize that you’re a woman of value and someone he wants to spend a lot of his time with.

So, whenever you have any negative feelings come up for you, your best bet is to just take a moment for yourself and to speak to him about everything once you have calmed down and feel a little more rational.

Anger and frustration will only want to make him run as far away as possible. Keep your head held high and try your best to remain cool, calm, and collected!

Read next: 5 Reasons Why Pisces Men Stay Committed (And Interested)

My Final Thoughts On How To Keep A Pisces Man Interested

Pisces men are actually very simple creatures. All they really want from a relationship is a woman who is loyal and devoted to him, while still emotionally mature enough to give him enough space when he needs it.

The best thing for you to do to keep him around for a long time is to give him unconditional love and be patient with him. Your Pisces man goes by his own pace and he is truly one of a kind, there is no doubt about that.

If you let him be himself and don’t try to change him too much, I can guarantee that he’ll be sticking around you forever.

If you feel like you need some private guidance on your relationship with a Pisces man, I’ve still got a few spots open for my ‘VIP Consultation’ service that you can book here to get instant clarity and guidance.

Have you ever been with a Pisces man? What was your experience like, and how did you make him yours? Please let me know in the comment section below, I’m so curious to hear your thoughts.

Wishing you all the love in the world.