What happens when you ignore a Pisces man? Is it something you should do to get his attention or pay him back for something he did wrong? How do Pisces react to being ignored? Pay close attention!

In fact you are probably asking yourself “will Pisces man come back if I ignore him?” I’ve got some helpful information you might. Keep reading to learn more about what happens when you ignore a Pisces man.

Do You Want Revenge?

Something you really need to understand is that Pisces men don’t do well with revenge plots. They are highly emotional men and that just adds extra drama into their world that they will not appreciate. Does ignoring a Pisces man work?

Let me explain more…If he’s done something wrong and you’re trying to punish him by ignoring him, this may be a mistake. For one thing, he may not even know why you’re upset there for ignoring him may make things worse.

Another thing is, if you don’t give him the courtesy of letting him know what he did that hurt your feelings or made you angry, he may be prone to do it again unknowingly. Certainly, you don’t want a repeat of that scenario right?

You’ve got to be really honest with him rather than going dead silent. The silent treatment doesn’t typically go over well when you ignore Pisces man. He’ll think maybe you just aren’t into him anymore and he’ll start preparing himself to move on.

When you’re upset, try to calm yourself down before you do something you may regret. Pisces men do not like being ignored. It makes them feel disrespected and unloved.

Unless you truly want him to feel this way and understand what the consequences might be, you may want to just hold off and find another way to approach what went so horribly wrong.

Only Love Changes Everything

What this means is that unless he’s deeply in love with you, ignoring him will only get you dismissed in his life. He won’t when you ignore Pisces man ignored unless he really and truly loves you.

He won’t want to lose you if he thinks you’re the one for him so ignoring him may make him chase after you to apologize but unless you know that for sure, you may not want to take that risk.

When a Pisces man deeply loves you, he’ll do just about anything in the world to make you happy. Why would you ever ignore him? Perhaps you should try to figure out what the problem really is.

If he hurt you or made you angry, perhaps you should sit back, reflect on the love you have for him, and figure out if he’s someone you want to stay with moving forward. If you do, ignoring him isn’t the answer.

Pisces man in love with you may fight for you but there is also that chance that if you ignore him or put him off, he’ll think you’re over him and he’ll start to feel he should follow suit. Don’t make that mistake! It’s a HUGE risk and probably not worth it.

Truly loving a Pisces man means you need patience. Let him know when he hurts you or upsets you by being honest but not while you’re fuming mad or bawling your eyes out. Calm down and then tell him with all honesty what happened.

Love can heal and make mountains move but you’re not going to win any loving points with Pisces man by suddenly going quiet or acting like he doesn’t matter to you when in fact, he does.

I know it may sound more fun to take out revenge or give your Pisces man the silent treatment but, it’s probably not the most effective. Again, he’ll only come running if he really and truly loves you.

If he isn’t that into you, he’ll be done and move on. That being said, playing mind games isn’t the best way to handle things with a Pisces man unless you want to get beat at your own game.

Be mature about it and just simply communicate with him if he’s done something wrong. You’d be surprised how often a man messes up and has no idea that he did until his woman lets him know.

Can you imagine just ignoring someone and they have no clue that anything happened? This is often what goes down and you don’t want to lose the love of your life over something so stupid and trivial.

Tell him the absolute truth. Let him know that you’re upset with him and why. This is the very best approach and the most effective. If you expect him to change or apologize, he has to know he did something in the first place.

Perhaps he will repeat the same mistake later on because you never told him that you didn’t like that or that it hurt you. Many people do this. They get upset, they forgive, but they never bother to tell their partner what they did wrong.

It happens again and then the person assumes their partner just doesn’t care or isn’t someone they want to be with anymore. This could all be avoided by speaking up and telling it like it is.

The Truth About Ignoring Him

I’ve seen so many articles or sites where people advise women to ignore the guy so he will chase after her. The problems never get addressed and games are played. That isn’t what you want in a mature long lasting relationship.

What you want is honesty, truth, love, passion, and a relationship that will stand the test of time. That won’t happen without proper communication. Open up those lips ladies and tell your Pisces guy what is what.

When you do, he may have an apology for you. He may also have a rebuttal depending on what it is but at least it won’t be a “secret” that makes you go hush. Be a woman and tell him what you feel. You’ll be glad you did.

Does ignoring a Pisces man work? Not typically, no. He doesn’t’ like it and he’s more likely to either ignore you back or he’ll lash out but he’s not one to chase you if you give him the silent treatment.

Ignoring A Pisces Man After Break Up 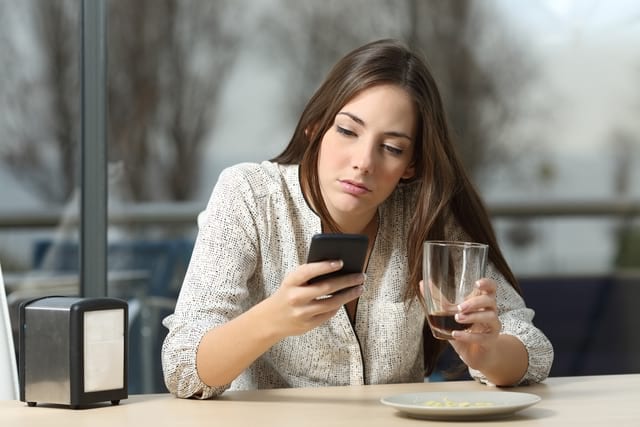 Alright so what happens if you are ignoring a Pisces man after break up? Well, let me explain this a bit for you. It might seem confusing for you but it’s most likely he will ignore you back.

When you break it off with a Pisces man, he doesn’t have much interest in chasing you. When you ignore Pisces man, he feels broken, hurt, and quite possibly even angry. He won’t want to speak with you.

When you ignoring a Pisces man after a break up whether he did it or you did it, it’s not likely to go well. Perhaps after some time has elapsed and things have calmed down a bit, he may speak to you again but otherwise, I wouldn’t expect too much out of him.

Leave him be and let him sort himself out. You probably should do the same before you try to contact the Pisces man again after a break. Give it time to heal and the space you have may help. Remember about what I told you how do Pisces react to being ignored.

All in all, this is sort of a dangerous game you’re playing if you feel you will get him to speak to you after it’s all said and done. Give him the space and time he needs or he will never speak to you ever again.

Read next: Understanding a Pisces Man – Why Is He so Difficult to Read?

The Final Scoop On Ignoring Pisces

I do hope I’ve helped answer your original question about “will Pisces man come back if I ignore him”.  It’s not an easy road to go down but hopefully you’ll have better knowledge than you did before.

You might be able to avoid certain situations or feelings that could come with upsetting the Pisces man in the first place. Ignoring isn’t normally a good policy to have. Talking like grown adults is typically best.

Oh and did you know this cool fact? Sexy celebrity actor Billy Zane is a Pisces? Look into his eyes. You can see all of his heart and emotions. That’s a great place to look when exploring a Pisces man… his eyes.

So tell me what you think. Does ignoring a Pisces man work? I hope you got what you needed from this article.

So, are you ignoring a Pisces man? Click here and find out everything about your special guy. Be sure to tell me about it!

17 thoughts on “What Happens When You Ignore A Pisces Man?”