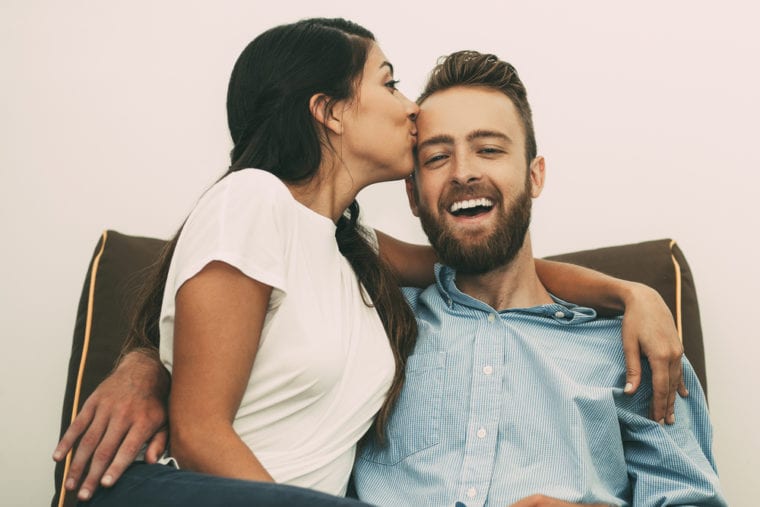 Understanding a Pisces Man – Why Is He so Difficult to Read?

What is it about that Pisces man that has so many women confused? He reads so hot and then sometimes very cold. Why does he act the way he does? Keep reading for some help to understanding a Pisces man.

Head in The Clouds

The Pisces man is known for being quite a proficient dreamer. This means he spends a great deal of time spacing off and day dreaming about what he wants, what he thinks he can get, and where he wants to be.

This can cause conflict in a relationship because he’ll seem cold, distant, callous, or uncaring when he’s like this. He doesn’t mean to be this way but he has to have time and space to do this otherwise he won’t feel normal.

He may space off texts or phone calls because his head is somewhere else. He may not be trying to ignore you but it sure seems that way when you know he’s at home on a Friday night not doing much yet doesn’t respond.

This is what makes women start to doubt their Pisces man’s love for them. It’s understandable but if you really get to know him, then you’ll understand that he can be a bit of a space case.

If you know he loves you and he otherwise treats you like gold, then try to remember that when you feel he’s being distant or not giving you enough attention.

Dreams allow him to toss around great ideas that can become goals. When he makes goals, he’ll eventually act on these goals then become successful. There is a process with this guy.

Then again, there are other times where he’ll waste all this time fantasizing and never does anything about it. This is often why he needs a partner that will help motivate or inspire him to take some action.

Tug of War with Love

The Pisces man is one that seems rather confusing when he loves you one minute then at other times acts terrified of where things are headed. He may talk about the future with you but then back peddle.

He could be all in and then at some point says that he needs to slow down because he feels overwhelmed with his feelings. This really makes him quite frustrating and yes, hard to understand.

The only thing that gets him over the hurdle is by the right partner showing him that she’s there for him and loves him truly over a period time. Each Pisces man will be different as to how long it will take him.

Patience and tender loving care is required. Though he may annoy you or even hurt your feelings when he expresses concerns, all you can really do is reassure him as best as you can and wait for his worries to pass.

If he’s truly in love with you and knows that you’ll do just about anything for him, he will at some point let go of that fear that paralyzes him when it comes to long lasting love.

His Heart is on his Sleeve

This guy is for the most part very honest with his feelings when he feels something. If he’s in love with you, he will make it known that he feels that way. Either he’ll say it or he’ll show you.

What’s frustrating is when he has doubts and tries to talk to you about it. You feel like he’s backing out, not interested anymore, or wants to leave. The thing is, he’s just talking to you.

Communication is really crucial when it comes to relating to a Pisces man. He wants to be able to tell his partner everything. That includes when he feels doubt or anxiety. If he cannot talk to you, who can he talk to?

You’ve got to be really careful because if he ever feels he cannot talk to you and be honest, he’ll move on. You want him to feel totally comfortable with talking to you openly.

It may be hard to hear when he says he’s afraid but it’s better that than him ghosting you and not telling you anything right? I’d say it’s better to hear the truth even if it hurts.

Loner at the Core

This is truly confusing because when a Pisces man is in love, he wants to spend a lot of time with his lady. However, until he gets there, he tends to spend copious amounts of time alone. He’s a bit of a loner or hermit.

He prefers not having to talk or explain how he feels or what he thinks to the world. He feels misunderstood by most and is why he keeps to himself. This makes it hard when someone wants to date him.

However, when he feels safe and comfortable with his potential partner, he will start to open up and so once he does that, he’s typically a bit more outgoing. He won’t be that way with the world but he will be this way with his lady love.

In fact, he may have a hard time with highly social women because he doesn’t like going out all that often. He prefers the comfort of his home or his lady’s home. That isn’t to say he never goes out.

He will but will take convincing him why he should. That in itself can be rather perplexing. If you’re a super social lady, you’re going to have the Pisces man’s feet dragging.

I’m not saying that’s always the case but it often is. You really have to get to know your Pisces man as much as you can and with time, he will become less and less of a mystery. He will not be quite as aggravating by his behaviors once you “get” him.

15 thoughts on “Understanding a Pisces Man – Why Is He so Difficult to Read?”