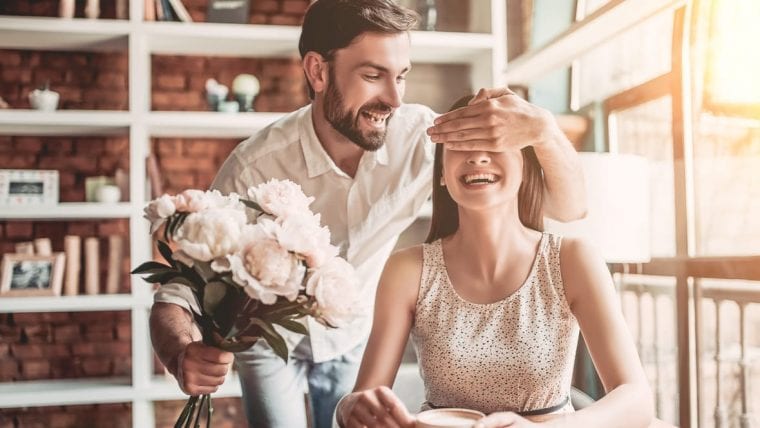 Pisces men are wonderfully sensitive and intuitive. They are the dreamers of the Zodiac, the men that see all possibilities when it comes to romance, the men who believe that with true love anything is possible.

Their love is gentle and feels like a soothing wave. Their love is poetic and full of romance. If you want to be swept off your feet, then dating a Pisces man is the perfect option for you.

But sometimes these fantastical and whimsical men can be downright slippery and hard to pin down. A Pisces man is full of contradictions, on the one hand, he wants an all-consuming deep kind of love, but on the other hand, he wants the freedom to explore and be on his own. 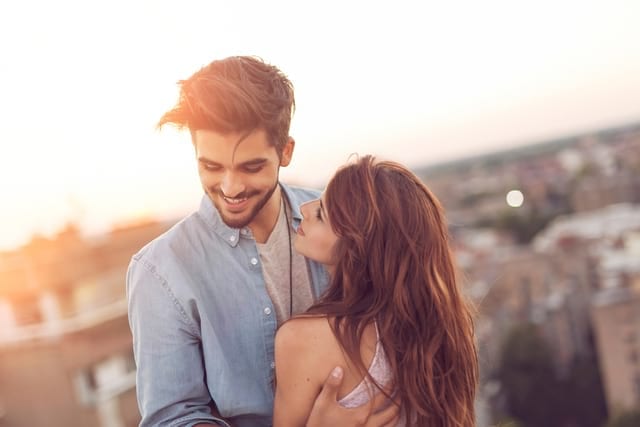 A Pisces man can be rather shy and unassuming. He doesn’t like to draw too much attention to himself, and his ego is pretty much nonexistent. But because of this, he needs extra affirmations that you like him and you are interested in him.

Otherwise, he might think you have someone else you’re more interested in. Giving him compliments is a great way for him to associate you with good and positive feelings. A Pisces man needs a lot of reassurance about the way you feel about him.

It’s not because he’s needy or has no self-esteem, he just wouldn’t ever want to assume the way you feel about him. So, it’s much better to just be obvious from the get-go that you have a special place in your heart for him.

Being unsure about your feelings towards him is a little too confusing for him. He already has too much noise going on in his head, and if he can’t make out that you have feelings for him, he’s unlikely to pursue it any further.

Be Vulnerable With Him

A Pisces man is extremely sensitive and empathetic. His emotional world is rich and full. This is why he enjoys talking about the deeper aspects of life, he needs depth from his relationships. He isn’t the type of guy to feel satisfied by shallow encounters.

He wants something more, and it’s a necessity for him to know that the woman he wants to commit to has more to her than what it might seem. He wants to know about the highs and lows of your life, the struggles, and the victories.

He adores hearing about the events in your life that have impacted you the most. This is important for him to feel like he can actually get close to you. Having a deep emotional connection with his woman is vital to him.

And this all starts with the two of you when you feel comfortable enough to be vulnerable with one another. So, if you want a Pisces man to settle down and commit to you, it’s important that you show him your deeper side. This will make him realize you’re looking for more than just something casual.

Be Responsible And Someone He Can Depend On 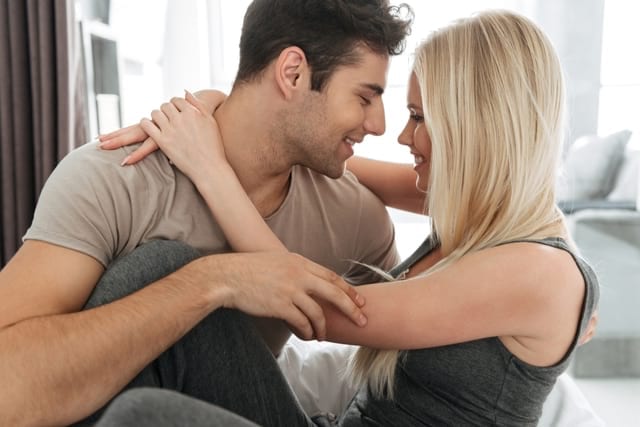 A Pisces man is very free-flowing, he doesn’t really live life according to a plan. He just goes with the flow and sees where life is going to take him. This is why it’s quite good for him to have a partner that is a little more responsible than he is.

He needs someone in his life who is “together” and can help him get a little more organized. It’s nice to live a life of spontaneity as he does, but he also needs some kind of structure and order for him to follow.

A Pisces man might not realize this, but he’s really looking for someone who can help him feel safe and secure in his life. You can help him feel this way by encouraging him to follow more of a schedule and a plan.

Your responsible side will surely start to rub off on him and he’ll come to recognize that you are someone who he can depend on. He’s quite used to people flaking on him, so when he sees that you are reliable, he’ll feel a lot more comfortable with the idea of settling down and committing to you.

Give Him Space And Allow Him His Freedom

Pisces men need a lot of alone time to deal with their inner world. There is a lot going on with him on a day-to-day basis, especially with the number of emotions he feels, it is quite normal for him to want to get away from everything and everyone.

So, there will often be times where he chooses to isolate away from everyone and take a lot of time for himself to figure out what he is feeling and how he can deal with it. When he goes all quiet and retreats, you can’t take this personally.

You need to give him the space to figure out what he is feeling. If you put more pressure on him to give you attention or get insecure because he’s not spending enough time with you, you might really push him away.

It is good to remember that your Pisces man is always absorbing everyone’s emotions around him. And this can be quite a lot to deal with at once. He just often needs breaks to process everything he is feeling.

He’s so used to people coming to him for emotional support, that he often forgets to focus on his own needs. When this happens, he usually isolates himself because he actually doesn’t know how to express that he needs some alone time. He just takes it because he doesn’t know how else to deal with what he is feeling.

It is important for you not to feel abandoned by this. Just let him be, and in no time, he’ll be back to his jovial self. The way you handle his withdrawal will tell him a lot about how mature you are and whether or not he would want to settle down and commit to you.

Read next: 10 Things That Will Make A Pisces Man Obsess Over You

Make Him Understand That He Can Trust You

It may come as no surprise, but someone as sensitive as your Pisces has definitely been hurt in the past. This can make it quite difficult for him to feel like he can trust and open up to love once again.

He might have decided to close off his heart after a really bad breakup. His extreme sensitivity is probably one of his greatest assets, but it also causes a great deal of pain when he trusts the wrong kind of people.

A Pisces man really struggles with betrayal, and this can often hold him back from allowing himself to be open to love. He may have come to associate love with pain, and this can be quite a big hump he needs to get over.

This is going to need a lot of patience and some deal of work on your part. The only thing you can really do is show him you’re different by being loyal and someone he can depend on. This might not be easy for you, but it will be worth it!

All he really needs is a woman who he can depend on and someone he can trust. And the only way for him to realize this is through time. So just be patient with him, and show him all the love and compassion that he needs.

Before long, he’ll come to realize he can’t live without out you and simply needs to settle down and commit to you. But it is really important for you to stick to your word and be completely honest and true with him.

All a Pisces man needs is a woman who is kind and listens to his needs! If you follow all these secret tips, I’m sure your Pisces man will come around in no time.

Have you ever dated a Pisces man? What did you do to get him to commit to you? Was it an easy or difficult process? I’m so curious to hear your stories so please leave me a comment in the section below!

If you’re looking for more tips on how to make a Pisces man yours forever, then check out my link on how to get your forever love with a Pisces man. Trust me, you won’t regret it!

Wishing you all the love in the world.