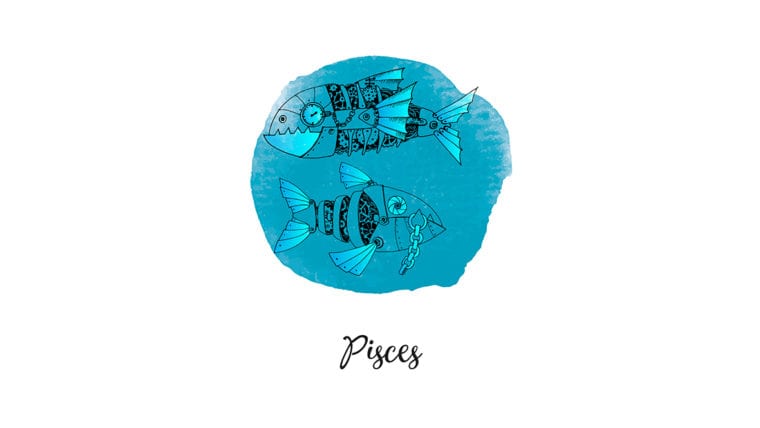 Who Is the Best Match for Pisces Man? Which Signs Fit Him Best?

Have you got a bit of a tasty crush on a delicious Pisces man but aren’t sure if your zodiac sign aligns with his? What are the signs that work really well for the Pisces man? Keep reading to find out who may be the best match for Pisces man.

The first sign to consider for any sign is someone of the same sign. For Pisces man, that would be Pisces woman. They understand each other, they can communicate without words quite often and just are in tune.

They are both emotionally driven people and if their moods conflict then there could be issues but generally speaking, they are great at empathizing with one another therefore able to get through just about anything.

Looking outside the spectrum of the same sign comfort ability, the Pisces man is compatible with a few other female signs that may prove to be a partner worth keeping for a lifetime.

One of those dynamic matches is with the Scorpio woman. She’s also someone who is highly empathetic and in tune with her spirituality. That said, these two are efficient at connecting on a deep level.

They have a lot in common and they connect on many fundamental relationship levels. The only area they may have troubles in is when it comes to trust. Scorpio woman trusts no one. Pisces man is leery of most.

If they learn to totally open up to one another instead of acting mysterious or secretive, the two can actually have a very close knit and long lasting love.

Others Who May Bode Well With Pisces Man

Another sign that suits Pisces man quite well is Cancer woman. She’s also another water sign that deeply feels, sees, and lives the same types of values as the Pisces man.

They’re both highly passionate, use their intuition to make decisions, and they’re both dreamers. The two can come up with one heck of a life goal together as well as a wonderfully close family life.

Another sign that really works well with the Pisces man is the Capricorn woman. These two are very different and yet they complement each other in many ways. Capricorn woman can teach Pisces man how to be more grounded.

The Pisces man can show Capricorn woman how much care she’s worthy of having for all her hard work and loyalty. Pisces man normally wants to take the lead but when he’s with his Capricorn queen, he will let her take the lead.

Taurus woman may be a nice match for the dreamy Pisces man. She’s stability, security, and someone who will stay at his side through the good times and bad. He’ll love her beauty and her charming ways.

She will love how loving he is with her and how he makes her his priority in life. They will lift each other up and give each other much support throughout life. Sex will be fantastic and family life will be quite content.

Other Signs That Aren’t As Easy But Still Possible

Aquarius woman may be a good match for the Pisces man if she learns to communicate with him without insulting him. She sometimes doesn’t have a filter and will blurt things out. It may be the truth but it may still hurt his feelings.

Pisces man is very sensitive. He will also have to realize that to obtain and maintain an Aquarius woman’s heart, he will have to put in a heck of a lot of work. He may or may not think she’s worth it and so this relationship is a 50/50 possibility. It’s work but he may decide she’s someone he wants to invest in.

Depending on where she is in life, a Sagittarius woman could do very well with a Pisces man. If she’s still young and full of adventure then she won’t want to settle down which is exactly what he wants.

If she’s more mature and is ready to take a leap of faith with a Pisces man thus allowing herself to stay home with her guy, she’ll succeed quite well with him. She has to be ready to stay in one place, cut back on travel, and be stable

For some Sagittarius women, this may be a problem. However when the Sagittarius woman is ready to marry, have children, and stay tethered to her partner, Pisces man could prove to be a lovely match.

If your sign isn’t in this list, it doesn’t mean that you have no hope. It means that there are challenges between your sign with the Pisces man. He’s very emotionally driven, he’s a day dreamer, he has a hard time staying grounded, and he can be flaky.

He falls in love very quickly and wants a partner who will show him great care, compassion, and understanding. The other signs in the zodiac don’t exactly line up with him very well.

However, if you have a moon or rising sign in any of the signs I’ve mentioned here then there is still the possibility that you could work out with him. The truth is, it’s really best to get to know Pisces man as best as you can.

Not all Pisces men are exactly the same and while one of them may not work well for you at all, another one may be absolutely fantastic. Remember, his moon and rising sign could play a role in his character as well.

When you keep this in mind, do not rule yourself out if your sign isn’t listed in this article. This is a very basic look on what the Pisces man sun sign is most compatible with. There is always some wiggle room so don’t you worry about that.

Keep in mind what your heart feels, how well you get along with your Pisces guy and how much you two understand each other. Problems can be overcome if the love is strong enough.

If you’re ready to find out who is the best match for Pisces man click here to learn more about Pisces Man Secrets.

2 thoughts on “Who Is the Best Match for Pisces Man? Which Signs Fit Him Best?”