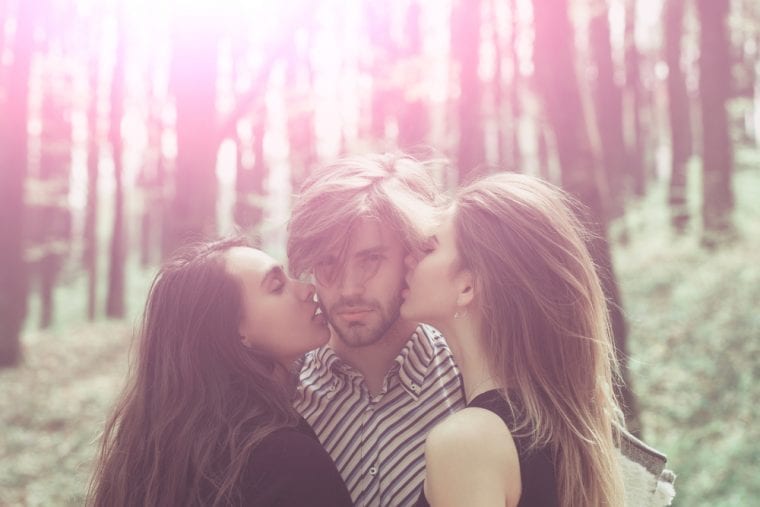 Should you be worrying about whether or not your Pisces man will be loyal? Is he acting weird sometimes and you’re afraid he may be thinking about another woman? Keep reading on more information that may help you determine what is true when it comes to Pisces man cheating.

Anyone is capable of cheating and so Pisces man isn’t off the table for this. That being said, when a Pisces man isn’t feeling fulfilled or in love anymore, he may very well find someone else he feels more connected to.

Whether it’s just a sexual hook up or one that he feels is more, it’s not something comfortable for the partner to experience. Infidelity hurts no matter who you are and so there are signs you should look for.

Here is a few that my help you:

However, if he tends to do this quite often and pays less attention to you then he may have someone on the side he’s talking to or having a full blown affair with. Keep an eye on his phone habits. Sneaking off to make a call is a sign also.

He may also quit being as physical with you. He may seem withdrawn and just going about the day playing the role of boyfriend without any of the boyfriend types of perks. This is a red flag for sure.

This man opens up to the woman he thinks he’s going to spend his life with and if he shuts you out, this is a good sign that he’s thinking you’re not the one anymore and could mean he found someone else he thinks IS the one.

Pisces man will turn cold and unresponsive with the woman he’s with if he’s moving on with someone else. He’ll deny what is going on if you ask him and he’ll act offended that you asked him anything in the first place.

He acts completely turned off and uninterested. He’ll play “the game” with you but when you want to get physical; he will shut you down or make excuses as to why he’s not in the mood. He may blame his job or something else.

Why Pisces Man Would Cheat

You’re wondering why the Pisces man would cheat on you in the first place. That’s a good question actually. Pisces is the type of man to fall for someone very quick and hard. He doesn’t often pay attention to red flags himself.

He will jump in so quick that he doesn’t take the time to get to know a woman fully before he commits to her. He starts falling in love and telling her how much he loves her.

He then starts to get to know her after awhile and figures out that she may not actually be who he thought or dreamt of. She has flaws because she’s human and not a fantasy.

He begins to regret having gotten into the relationship so quickly and will then become moody, his patterns change, and he could start talking to someone else who seems to be a better fit because remember, he moves quickly.

Pisces man again falls for someone else very quickly or is very sexually drawn to someone and so he strays. Instead of being uncomfortable and telling his partner the truth, he will go explore this other relationship first.

Just so we’re clear, he isn’t always the cheating kind. Not all Pisces men will cheat. They will still have reservations about diving into a relationship too quickly and may back peddle but they won’t necessarily cheat.

Cheaters are cheaters no matter what sign they are. Just be aware of the signs I mentioned because if you notice any or all of these going on, your Pisces man may very well be double dealing with his affections.

What To Do If You Suspect Him

Naturally if you suspect that he’s cheating then you need to watch out for the signs I mentioned. If they start stacking up, you will have to confront him and ask him flat out if he’s seeing or screwing someone else.

He may be defensive and give you the run around like you’re crazy because he doesn’t want to tell you the truth. However, if you put it to him to where he understands he has to tell it like it is, he will have to.

I will say this though, if he does deny it and starts deflecting and giving you a hard time, that’s pretty much your answer anyway. Unless you intend on forgiving him and asking him to work things through, you should probably let go.

Finding someone who will always love you and not stray is what you deserve and if you accept less than that then you may get hurt over and over. Be careful with yourself and watch for the signs!

So, is your Pisces man cheating on you? Click here if you want to find out more about your guy .

6 thoughts on “Pisces Man Cheating – Can You Blindly Trust Your Man?”