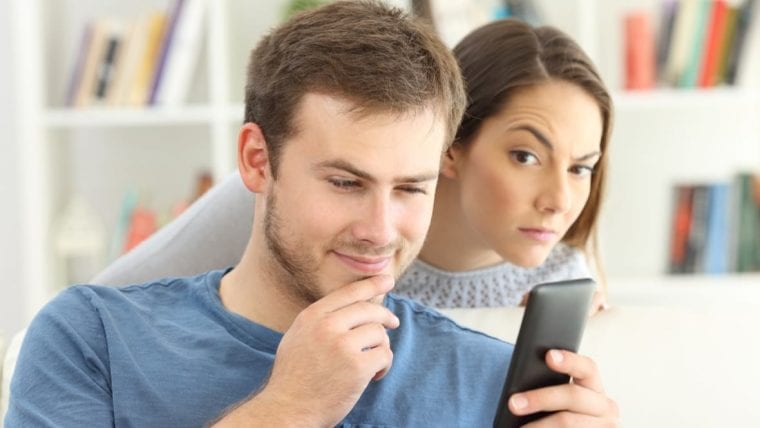 5 Signs a Pisces Man Is Cheating on You

Have you got a feeling that your Pisces partner is not being entirely faithful? Trusting your gut is important, but sometimes what you think is your gut is actually paranoia. How can you distinguish between the two and know for sure if he really is cheating? Here are a few signs.

Cheating is wrong, though many people have done it or have been tempted to. There are so many reasons why people cheat — they feel unloved, lack connection in their relationship, are looking for an easy escape, or simply want to scratch an itch.

Whatever the reason, it never feels good to be betrayed. You may have your suspicions, but is it your intuition, or is it fear? Do you have trust issues? Have you been cheated on before, or been the one doing the cheating?

This all can create an atmosphere of distrust, but it’s important to stop and think, to investigate just why you feel this way.

Pisces men are also notoriously avoidant and always looking for their ideal fantasy, plus they can be good liars if they want to. They don’t like to cheat and typically do not, but they certainly are capable of it, as they hate confrontation and sometimes seek the easy way out.

However, maybe something else is going on. Let’s explore some of the reasons why they cheat and some tell-tale signs so that you can decide what to do — confront him, leave him, or work it out.

Why Do Pisces Men Cheat?

As much as the Pisces may rave about commitment, he can also be absolutely terrified of it. In Pisces men’s dreams, they fantasize about happily-ever-after, but reality is often different.

If your relationship is serious, your Pisces man may be having cold feet, and this is his escape. That doesn’t mean it’s okay, of course. Cheating is never acceptable.

It’s possible that your Pisces guy is in the midst of rescuing some poor, lost soul, and he’s gone and lost his own boundaries in the process. For many Pisces people, there’s a razor-thin line between friendship and lust, so it’s very easy to blur the boundaries.

Be mindful of whether there’s anybody in his life right now that seems to always need him. This may be the key to figuring out whether or not he’s cheating — and who with.

He’s Running Away From Problems

Do you have issues in your relationship? Every relationship does, of course, but if the problems are bad enough, sometimes a Pisces man just can’t handle it. They hate it when their rose-colored glasses have to come off and they have to deal with the icky truth of real life!

If you are having major issues at the moment, this could be one reason why he may cheat on you. It’s a way of not dealing — of escaping the issue.

5 Signs a Pisces Man Is Cheating on You

1. He Avoids Spending Time With You 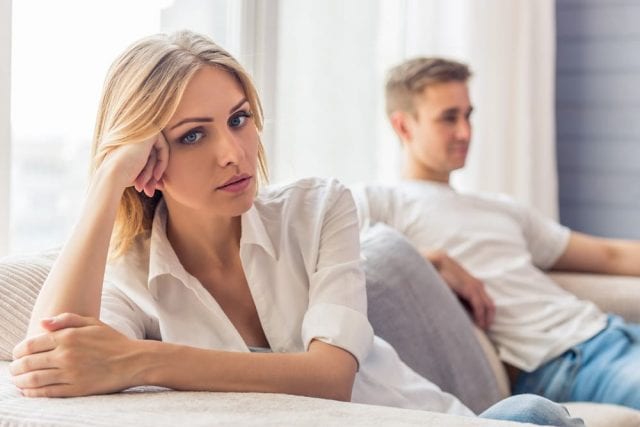 The first sign that a Pisces man may be cheating on you is when he starts avoiding spending time with you. Pisces is a sign that tends to avoid any uncomfortable feelings — and guilt, shame, and fear will definitely be felt when he’s being unfaithful.

Notice if he cancels plans regularly or seems like he’s much busier than usual with no explanation. The less he sees you, in his mind, the lower his chances of being found out or confronted, which is his worst nightmare!

What can you do? Well, the next you do see him, talk about it — you don’t have to be confrontational, as he may be actually busy or have other things going on that make it hard for him to see you. Be careful of jumping to conclusions.

2. He Seems to Be Lying When Confronted

Pisces can be a deceptive sign, unfortunately. They have many wonderful things about them, but they also have their dark side. One of the flaws in their nature is this capacity to lie quite easily.

For example, ask him where he was the night before and see if his story adds up. The more he babbles, usually, the bigger the chance he’s lying. Ask him to outline the facts, as this is where he will stumble over his own web of deceit. 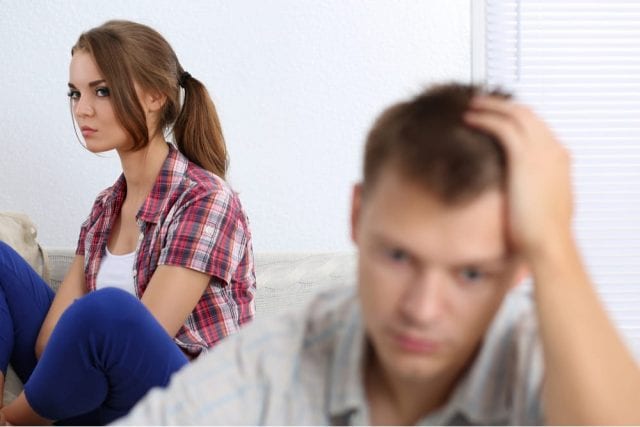 If your Pisces guy is acting a bit disconnected out of nowhere, it’s possible that he’s cheating on you. He’s usually such a romantic that he’s seldom not emotionally connected to you and the relationship. If his mind and heart are with someone else, it’ll seem as if he’s not even really in the room with you.

Demanding to know his whereabouts may only exacerbate the issue. You’ll have to sit down with him one day and really deal with it in a way that doesn’t make him run for the door to avoid the problem.

Pisces men are the kings of ghosting. They’re ridiculously good at it, much to your irritation and frustration. Ghosting means that he simply disappears, without telling you what’s going on or bothering to make contact.

If he’s slipped off the face of the earth — not just canceling plans but disappearing all together — and is doing so regularly, there’s definitely something up. It doesn’t have to be cheating, but there’s a very good chance that it is. He might be preparing to break up but just doesn’t have the balls to do it.

5. He’s Projecting on You

One of the most telling signs that a Pisces man is being unfaithful is suddenly accusing you of cheating on him. For example, he’s acting insecure and checking in on you more than usual and seems to be doing this regularly, ask yourself what’s going on.

After all, as they say, we often imagine other people doing the things that we ourselves are doing — or are capable of doing. It’s easier that way as we don’t have to take responsibility ourselves, and the Pisces man is notorious for avoiding responsibility!

These are a few tell-tale signs he is cheating on you. However, make sure not to jump to conclusions or make unfounded accusations. Examine why you might be suspicious.

Be honest. It’s human to have attractions, and the only wrongdoing is when we act on them. Go gently with the Pisces man if you really want the truth. Aggressive confrontation will send him running.

If you find out he is cheating, you’ll need to decide if you want to give it another shot or if that’s a deal-breaker for you.

Do you suspect you’re being cheated on? What are some of the signs that are telling you this? If you feel comfortable, share your story or concerns in the comments section.