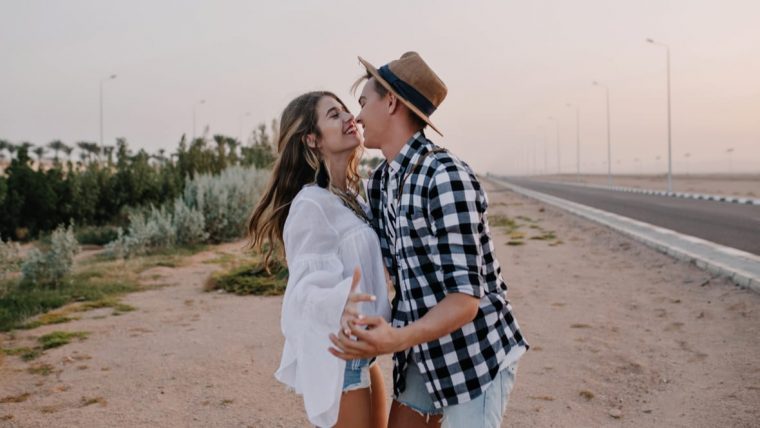 How do you get your Pisces partner to talk to you about what he’s feeling? What does he want with your relationship? Does he think you’re the one? These are things you need to know.

So, how do you get him to open up and tell you exactly what it is he feels about you and your relationship? I’m going to help guide you! Keep reading to learn how to get a Pisces man to open up and share his true feelings.

For trust to be present from a Pisces man, he needs to feel as though you’re the one person he can completely trust in and rely on. To do that, you have to communicate with him properly.

When you want to talk to him, try to avoid statements that will hurt him. The Pisces man doesn’t like to feel criticized or belittled. You have to basically learn how to talk to him properly.

He reacts badly to someone judging him or making him feel small. Basically, try to think of how you would feel if he were doing the same thing to you. What would you feel?

Always try to look at both sides of the coin before you talk to him about issues. Something else is that you always need to be honest, open, and candid with him.

There shouldn’t be any secrets from you. If you expect him to open up, you must as well. When you do, he learns that he can talk to you as you talk to him.

That in itself tells you how to communicate with him. Let’s take a deeper look at how to really talk to him in a way that he will be open enough to accept it and return the favor.

One more thing… be patient with your Pisces man! It’s crucial for your relationship.

How To Open Up To A Pisces Man Properly 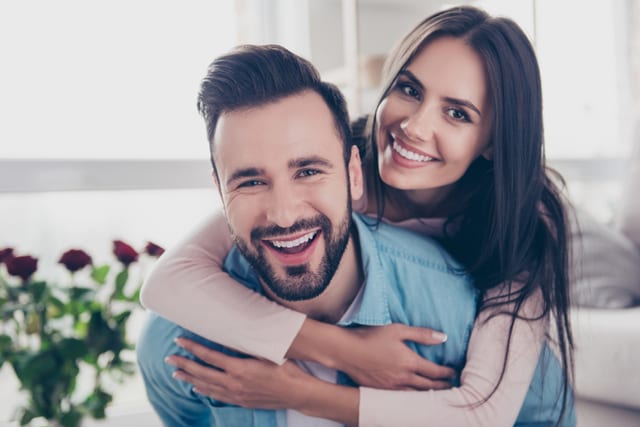 When you’re upset with him, try to wait a little bit so you get your own feelings under control. After you are calm again, you can approach him and intellectually talk to him about it.

Tell him you didn’t like whatever it was that he did because it made you feel misunderstood or cast aside. He will understand this language.

The Pisces man needs you to be honest with him. I don’t mean “brutal” honesty – you can be honest without being brusque. It does require mulling it over before you begin the conversation.

Instead of telling him: “you really hurt my feelings when you said this,” you can say: “when you did this, I felt as though maybe you didn’t care about me.” I know it doesn’t seem much different but the two statements make different impacts on him.

The first one will immediately make him feel as though you have a huge problem with him. The second statement simply tells him why what he did hurt your feelings but in a way he “gets.”

Tell Him Your Secrets & Dreams 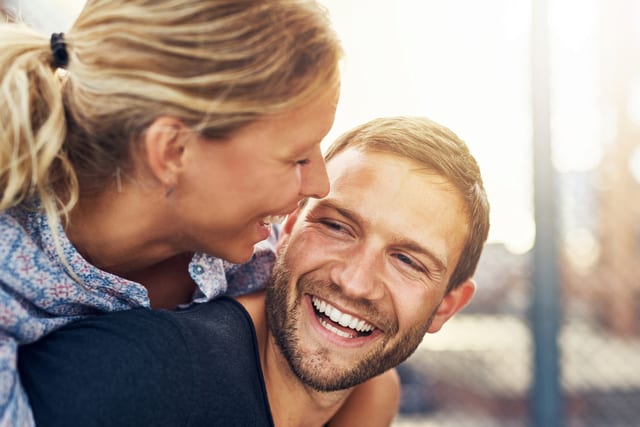 If you really want your Pisces man to open up to you, you will have to do the same. One of the ways this happens is by you telling him your deepest darkest secrets.

I know that sounds really scary, but trust me on this, it will make him trust you and open up in return. He sees your vulnerability with him and this makes him feel able to be open with you.

He will not open up fully if you do not show him that you’re able to do the same with him. He needs to be able to trust that he can tell you anything and you’re not going to judge him or make him feel bad.

Showing a Pisces man your vulnerability will help him feel closer to you. Keep in mind that a Pisces man wants a relationship that is tight knit. It’s you two against the world.

That’s the way he likes his relationship. He’s looking for his soul mate, the one who “gets” him. When he feels he’s found that, he will open up like Niagara Falls!

No, I’m not kidding! The man will be an open book to you and you’ll never have to worry about where you stand or if he loves you. You will know it for 100% sure.

Keep Calm With Your Pisces Partner 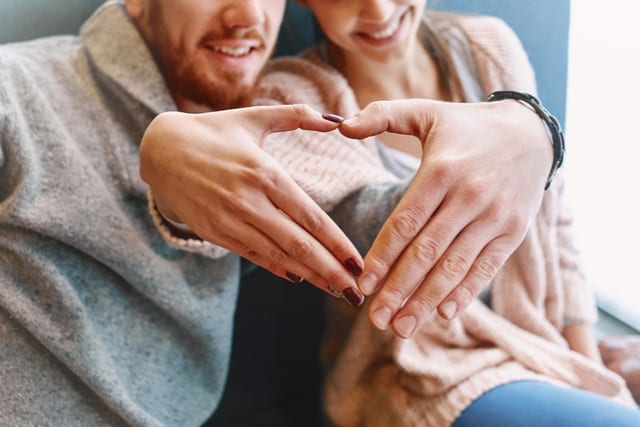 I realize how hard it can seem when he’s done something that has really set you off. However, if you go off on him, he will shut down and possibly go quiet for awhile. This isn’t good!

Now, I’m not saying you need to change who you are, no. I am telling you that you simply need to adjust the way you react or respond to your Pisces man for proper communication between you two. It helps you both.

Approaching him with anger will not benefit either of you. I understand how easy it is to flip out. Go for a quick walk, go scream in a pillow, or do something else to calm you down for a few minutes.

When you’re calm enough, approach him and say, “okay, what just happened made me angry because it could have been done differently.” Just getting mad without explanation doesn’t help anyone.

You need to be able to first think of why you got angry. Then think about how to express this to him without belittling him or judging. How would you talk to your father?

These types of things should help you to approach him in a more effective way so that he doesn’t repeat what he did to piss you off in the first place. He can’t fix it if he doesn’t know or understand.

He won’t really listen to you without you telling him what to fix and saying it in a calmer way. It all leads up to whether he shuts down or he opens up and tells you he didn’t realize what upset you and he’s sorry.

What’s even more important is that he will do his best not to do that again. Then let it go, move forward. Don’t hold onto it and keep bringing it up.

This is something you wouldn’t ordinarily think of, but Pisces men really don’t like too much small talk. The will upon meeting someone for the first time but relationship wise, he prefers to only talk about important things that matter.

Try to keep the small talk to a minimum. I realize that everyone does small talk sometimes. That’s alright. It’s when that’s all you can talk about is how crazy your favorite show is.

He moves more with the unspoken love you can give him. Do things together that inspire you both to love each other for the long haul. Once you understand him, you will absolutely be ready for the road ahead.

The bottom line with winning a Pisces man’s trust is being patient with him. There is no other effective way. You cannot rush a Pisces with anything.

He may rush into a relationship with you but he needs to figure out the relationship and himself before he takes it a step further. Knowing this ahead will help you to be more patient with him.

Pisces needs your understanding and optimism. In fact, if you inspire him then that’s the icing on the cake. Do things that show him how awesome you really are.

Go out of your way to show care for your Pisces guy. Getting to know him is the single most important way of getting to his heart. You’ve got to get him to trust you though.

If you follow the steps I’ve given you thus far, you will be successful and have that dreamy relationship with your Pisces man. If you do not, you will find it hard to get him to be present in the love you’ve built.

In loving a Pisces man means trying your best to stay tranquil, honest, open, and patient. This is the type of woman he needs. I know it’s exciting to be with him but just pace yourself a bit.

Being in any relationship requires that both of you are on the same page. It means being able to talk openly in a way that benefits you both. Pisces man is the kind that will react badly if you’re not doing these things.

He can disappear, stop talking, or start being salty toward you. You definitely do not want this and so it’s better to keep the flow going just like water (Pisces). That flow determines how close you two can get.

Read next: 7 Reasons Why Pisces Man Pulls Away (And How To Pull Him Back)

Do you need to know more about your Pisces man’s way of thinking?

Are you lost wondering what he’s feeling for you?

Does he love you or not?

He may or may not be ready to commit and I can tell you!

Click here now to get even more information about Pisces man<<

Look, it’s crucial for you to do everything you can and do it right.

You owe it to yourself to have your Pisces man for good!

Get him to love you and open up to you.

This article is only step one. Now you need to take charge!

Click here to talk to me personally to help you!<<

Patience is needed, yes, but you also need to know exactly the right things to do.

Learn all you can from me personally! I’m ready and willing to advise you.

It’s all in your hands. Don’t miss out on the best Pisces man relationship you can have.

Until next time, dear readers.