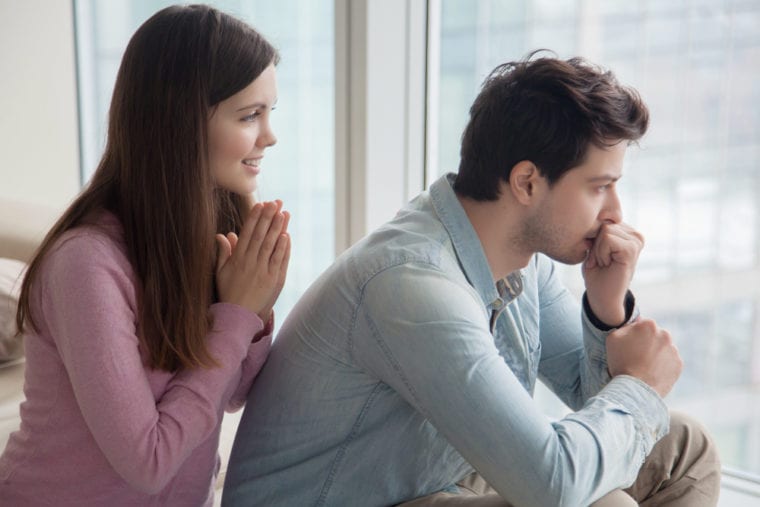 When a Pisces Man Is Hurt: What to Do to Make Things Right?

Is your tender hearted Pisces man really hurt by something and you want to make him feel better? Did you perhaps say or do something that made him take a pause in reflection? Whatever happened, you may want to keep reading on how to make things right when a Pisces man is hurt.

Always Apologize If It Was You

If you hurt your Pisces man with something you said or did, you’ll need to sincerely apologize to him. While it may take him time to process what happened along with your apology, he will get the message.

Pisces men are easily hurt and so it’s not uncommon for him to get hurt by something you really didn’t mean in the way he took it. That means you’ll feel like you’re walking on eggshells sometimes.

The thing is, you cannot live like that either. That being said, you should try to be careful how you say things but don’t avoid telling him things just because you’re afraid of his reaction.

Pisces men are not made of glass even if they sometimes seem they are. The best thing you can do when you’ve “messed up” in his mind is apologize and tell him you didn’t mean it or what you actually meant by it.

Once you explain and apologize, he’ll probably want a little space and time so he can sulk a little, think it over, and decide if he can forgive it and move on or if he’s decided this one flaw made him want to call it quits.

I wish I could give you a guarantee but Pisces men can be rather unpredictable when it comes to their feelings. You never really know what they will be hurt or offended by.

However, when you love a Pisces man, you tend to care if his feelings are hurt therefore you’re willing to do what you can to cheer him up. That being said, apologizing and explaining should help that.

If it wasn’t you that hurt him and he’s in a bad way, you’ll need to try perking him up a bit. Take him to see a comedy film or bring a comedy DVD to his house to watch. Find something that will make him laugh.

If you know his sense of humor, you should easily be able to find something that will appeal to him and pick him up. Comedy is fantastic medicine for just about anyone who isn’t feeling just right.

Perhaps you can try taking him to a comedy club or something similar. If there is a comedian coming to down, grab some tickets! He’ll be so grateful that you’re so considerate and thinking of him.

In fact, your consideration alone will make him understand that you care about him and that will make him start to feel better without doing too much else. Being cared for is a huge thing for the Pisces man.

Taking him out to his favorite restaurant or ordering some in will help perk him up. Surprise him with something fun and/or tasty. The act of you showing your care for him will lift his spirits.

Inviting him to a group outing with friends may help raise his mood as well. Something involving water would be ideal such as going out on a boat, surfing, camping by a lake, or anything else that allows his soul to absorb the water’s energy.

Let Him Talk to You While You Listen Intently

The wounded Pisces man will not typically open up to just anyone. He wants to feel trust and security with the person he decides to divulge his misery to. If you’re his partner, this would be you.

Ask him what’s wrong and if he wants to talk to you about it, sit down, really pay attention to what he says and show him that you’re his rock. Don’t pick up your cell phone to check your social media or texts while he’s talking.

If you do that, he’ll feel you’re not really listening and will decide that he cannot trust you with his innermost feelings. Make sure that there is nothing in the way of you listening to him vent.

After he vents and knows that you understand what he’s going through, he’ll appreciate you more and you’ll win more of his trust not to mention more of his heart.

Allow Him Alone Time to Think

Whether or not you’re involved in his feeling hurt, he’s going to need some solitude in order to work things through in his mind. While he may be willing to talk to you about it, let him do it in his own time. You cannot force him.

Trying to force out of him what’s wrong will make him pull back from you and that’s not something you really want. Anything could be bothering him from friends, family, or his job.

Whatever it is, let him figure out how he wants to deal with it. Ask him what’s wrong and if he says he doesn’t want to talk about it then leave it be. He’ll tell you when he’s good and ready if he trusts you.

Of course if you’re the one that hurt him then I repeat that you would want to do the first step I mentioned. Apologize and wait for him to come around to talk about things with you.

Be very patient with him. He’s fragile and the last thing he needs is someone trying to make him feel guilty because he doesn’t want to talk about or deal with what hurt him just yet.

Finding your Pisces man feeling down is often distressing as you never want him to feel this way. Try sending him cards that have meaningful messages on them or something you’ve written.

You can also write him a short story, poem, or song. Perhaps you can pick him up a bottle of his favorite wine or 6 pack of beer. Do something that is really thoughtful and sweet.

If you’re ready to understand when a Pisces man is hurt, and what can you do to make him feel better click here to learn more about Pisces Man Secrets.

21 thoughts on “When a Pisces Man Is Hurt: What to Do to Make Things Right?”