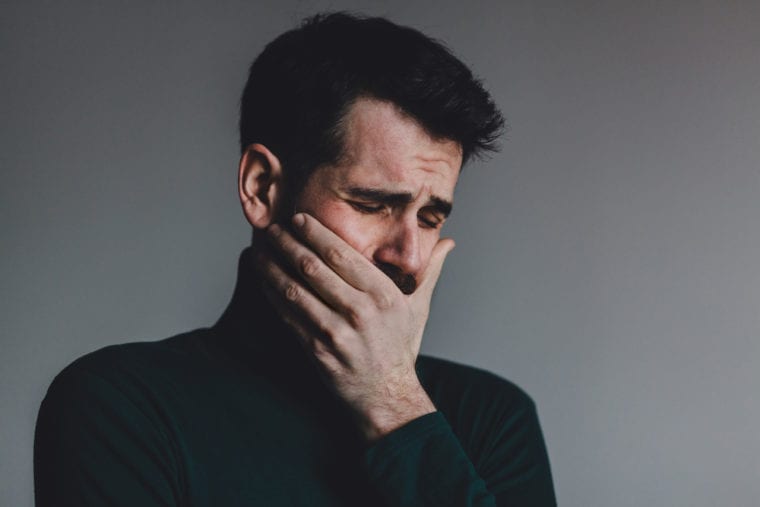 Pisces man seems like a dream come true when you first meet him. He’s gorgeous, he’s brilliant, and has some outstanding ideas. What are his down sides? You may want to keep reading for the Pisces man traits that are rather negative.

Can Be Overly Sensitive

The Pisces man is one who is empathetic toward other people therefore if he becomes overwhelmed by them, he will probably go inward and go cold. When he’s first into a relationship, he’ll be really excited and enthusiastic.

However, when he starts to learn that his lady isn’t perfect as he thought she was, he’ll start picking up on vibrations in her he doesn’t like. He may also take too much of her energy on without guarding himself then doesn’t know what to do.

If he feels her disappointment or anger toward him from something, he’ll close up and close off. He may even break up because he has no idea how to solve it or how to be better.

He’d rather back off and let her go than to actually figure out what it is that she’s upset about, why, and what he needs to do. It’s almost like he thinks it’s too much effort to figure things out.

He may also fall in love far too quickly and once he realizes that he could get hurt eventually, he scares off and decides to shut down. There are other things that cause him to go cold but being overly sensitive is definitely one of the main things.

In fact, he may also take offense very easily to anything someone says to him even if they didn’t mean it the way he took it. He’s touchy and his sensitivity makes him somewhat intolerant of other’s feelings.

Pisces man doesn’t want anyone to totally know who he is. He keeps a mysterious side because he figures he can’t get hurt too badly if people don’t know what he’s really like or things he’s done.

He may be very private which a crime isn’t. However if you’re in a relationship with someone, you probably shouldn’t hide too much. Truth always finds a way to surface and it will bite him in the rear later.

With that said he may not always disclose things that he’s done or is doing. This may include flirting with other women when he’s in a relationship already. It can also include things such as sexting or sending dirty photos with other women.

Pisces men are loyal when they’re totally and completely in love. However if they lose that luster from the beginning, they will start looking at other options. Even if he has no intention on leaving, he will still “look” to see what is out there.

The minute he feels that the woman he’s with isn’t “the one”, he will start moving forward in his heart yet not letting her know that’s the case. On that token then he may branch off and be unfaithful.

He may not always tell the truth either if he feels that the truth will paint him in a negative light or make him lose what he has. He will protect his own “truths” even if it’s something that is a game changer.

Not all Pisces men are cheating secretive guys though. If they have a sign in their chart that is dominant and makes him more grounded and forthright then he may actually be a “stand up” type of guy.

However, many Pisces men are odd when it comes to their feelings. Their emotions are all over the place and ultimately they’re seeking happiness. If they at any minute feel it’s not working, they flake out.

When the Pisces man daydreams too much and doesn’t actually take any steps toward his dreams then he’s wasting time and ultimately his partner’s life too. He procrastinates and makes himself look like a flake in his own life.

It can be frustrating to watch a man with such talent and ability do absolutely nothing with his life. He installs security alarms instead of making a career out of his music, writing, or art.

He gets complacent and stuck in a way of life and does nothing to pull himself out of it. He loses the desire to make any effort and just does what he has to in order to make money and “get by”.

He may also become a cheap skate for the sake of building his own personal collection of whatever it is he likes that he’ll never actually do anything with. This would be like guitars or whatever he’s gifted with.

He’ll buy a bunch of them and then never play them. He has them though and he’s proud of that. However, he’s not taking any steps to do something lucrative that will pay him in dividends with life.

Mood Swings That Turn Your Head

Truly the Pisces man can make your head spin from how often his mood changes. He’s empathetic which makes him super sensitive to other people’s feelings. If he doesn’t learn how to ground himself or control it, he lets it control him.

He may be depressed simply because he’s been around other people who are depressed. It’s not him and not his feelings but he cannot tell the difference therefore he’s down in the dumps for no real reason.

It’s very easy for a Pisces man to develop depression, anxiety, or even addiction. He wants to find ways that give him temporary relief which could lead to alcohol, drugs, or sex addictions.

Pisces man has to be very careful or he will lead himself down a dark road he cannot recover from. He may also be prone to suicide if he isn’t watching his own energy levels.

If he allows himself to sink too far into depression, he may not recover. He may find it easier to stay down that it is to pick himself back up and be well. He may also need help and doesn’t ask.

If you’re ready to understand what are Pisces man negative traits click here to learn more about Pisces Man Secrets.