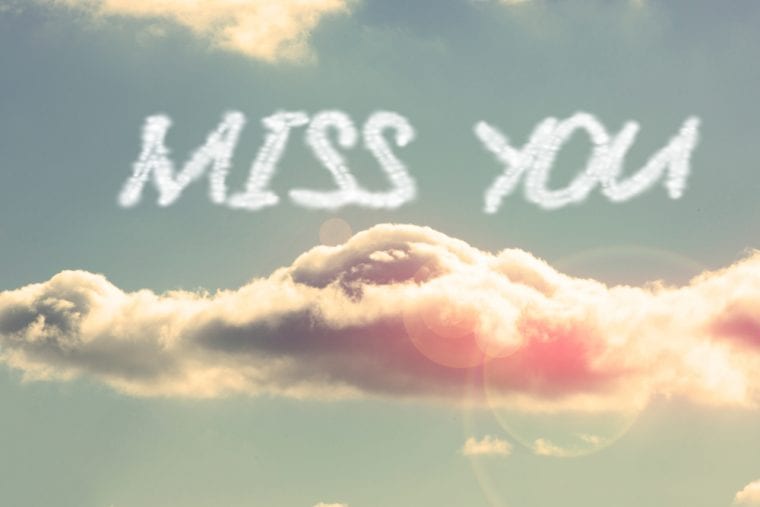 With a Pisces man, it’s actually very easy to get him to miss you if he’s into you. He’s fairly obvious if he wants to be more than friends. He doesn’t hide how he feels typically.

Pisces is too passionate to conceal when he’s feeling something for you. If you’re already dating him or on the verge of it, keep reading for some simple tips on how to get this guy’s mind all on you.

How to Make a Pisces Man Miss You Easily:

Below are the actual steps you should try to implement if you want your Pisces guy to notice that you’re not around and want to spend more time with you. Making him miss you isn’t that hard but keep these steps in mind:

Want to make a Pisces man miss you? Pisces men love a sexy mysterious woman. If you haven’t had sex with him, this should be fairly easy. Send him some text messages that are alluring and will turn him on.

Send him selfies you took when you were out with your friends. Send him one in your bikini too if you can while you’re away from him. This will make him want you and want to see you as soon as possible.

Pisces men typically will spend lots of time with the woman they’re trying to build a future with. In the beginning he may not be as eager but the more you get his brain geared toward spending another night with you, this could make things develop further.

Just be careful that it doesn’t end up being a “friends with benefits” situation. He could easily pull it off so when you’re flirting, make sure he knows that you’re after more than just sex.

Send him cute text messages that say “thinking of you” or something really easy. Even knowing you’re thinking of him will make him feel happy. That attention is a turn on and makes him feel wanted.

Keeping in touch with him lets him know you want to be more than friends. Just be careful not to do it too often or go too far with it. You want to remain somewhat mysterious so that he feels drawn in and wants to get to know you.

Many people like to make vague statements that allude to the fact that they’re seeing someone but don’t want to be obvious who it is. If you’re connected to your Pisces guy via Social Media, do this!

Post memes that you know that he’ll see and realize they’re for him. Post about how you’ve been spending time with this awesome guy that you met and that you cannot wait to see what else is in store.

Try not to lean too much toward the future or talking as though it’s getting serious if you’re not there yet with him. It could scare him off if he’s not really ready for it to be serious.

Just play with it and make it seem as though he’s the only one you’re seeing or like so that when he sees these things, he’ll likely reach out to you to ask you about it or make a comment about it.

If he is digging on you, he’ll love this attention and affection. Again, be as indirect as you can. If he wonders if you mean someone else, he’ll probably ask you or indicate that you can’t be talking about him.

Then at that point, you can of course, tell him that yes… it IS him.  It’s so easy in this day and age to flirt with someone without having to be face to face but this will make him think of you when you’re not around.

You’ll easily be able to see when a Pisces man misses you.  Truly you can make him be wrapped around your finger. It’s also one of the more effective methods of how to make Pisces man miss you.

Want to make sure Pisces man misses you? Whether you’re at his place or even just in his car on a date, leave something of yours for him to find. You can even spray his car with your perfume when he gets out opening the door for you, getting gas, or whatever he has to do.

Later when he drops you off at home, he’ll still be able to smell you which will definitely make him think of you and the night you had together. Naturally if you DO go to his place, you can leave something there.

When he finds your item or smells your scent, he will remember you very fondly and want to reach out to you. He may tease you for a day or two without saying anything just to see if you do first.

If you do not, he’ll bring it up and then arrange for you to come get it or for him to bring it to you. Of course the scent may cause him to feel frisky and want to call you sooner. It’s one way of how to keep a Pisces man wanting you.

He may even try to have phone sex with you if you’re up for it. In any event, leaving something behind even if it’s just your smell, will make him think of you for sure. There is no way for him to avoid it.

Pisces man wants a woman who is authentic in who she is. If he already likes you and is spending time with you, don’t change a thing. He likes you for a reason and if you change, he’ll wonder what is going on.

If you start acting weirdly or differently, he’ll wonder if you’re being honest with him or just playing him which then makes him act weird too. The last thing you want to do is for either of you to disconnect from each other.

Be sweet, be giving, be thoughtful, and treat him very well. He’ll do the same for you in kind. There is no way he won’t miss you when he’s not with you. Pisces men aren’t very good at spending too much time apart if he’s really into someone.

In fact, the more he likes you or falls for you, the more time he will insist on spending with you and you’ll never have to wonder where his heart or mind is at regarding your relationship.

Until you get to that point though, keep it simple with him, flirt, leave something behind at his place or in his car, or spray some of your personal scent for him to smell and remember you by. This will help make Pisces man miss you.

This is also an excellent way how to keep a Pisces man wanting you. Leaving a trace of you and your scent is a powerful tool to use in your quest to make sure Pisces man misses you.

Read next: 5 Ways To Get A Pisces Man To Text And Call You First

How To Make A Pisces Man Miss You After A Breakup

Really the same tactics I just mentioned can be used even if you two breakup. If he ever really loved you, he will feel you and he will find the void of you being gone to be painful.

He will try to stay quiet and not reach out but really he’s probably nursing some wounds unless you’ve done something so horrible he cannot forgive you. Otherwise give him time. Patience seems to work well with him when Pisces man misses you.

Being very sweet and friendly with him after a break up, it shows that you aren’t holding any resentment and you’re open to him still. This is effectively how to make a Pisces man miss you after a breakup.

It’s very easy to get a Pisces man to miss you if he’s into you. Reel him in and enjoy him ladies! Doing these tips and tricks help you with how to keep a Pisces man wanting you.

If you’re ready to understand more on how to make Pisces man miss you click here to learn more about Pisces Man Secrets.