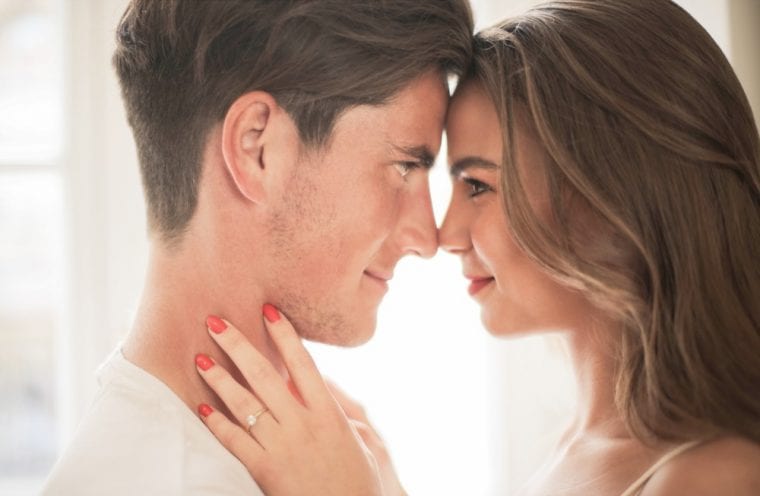 When a Pisces Man Says He Loves You – What Does It Actually Mean?

When a Pisces man says he loves you, does he actually mean it or is he just throwing the three little words around as a tool or means of manipulation? What does it mean when he finally says it? Keep reading below for some interesting things you might not know.

When he says he loves you

1. Caught Up In the Moment

The Pisces man is a romantic at heart and he’s always looking for his soul mate that he can spend the rest of his days. He gets excited about finding love and falling in love. This can sometimes make him dive in quicker than he should.

In the beginning he falls very quickly and acts like a typical romantic love story. He’s excited, his stomach has butterflies, he is enthralled, and he’d do anything for the woman he’s into.

He doesn’t really know here because he hasn’t been with her long enough but he has such a strong pull to her that he’s almost certain she’s the one. He falls quickly and he may very well say “I love you” when he doesn’t actually KNOW for sure.

The truth is, he probably feels like he’s in love at that moment and he absolutely does believe it. He means it too! He may not mean it a week or two later when things progress and he starts to learn who the other person is.

Once his reality is shattered by his illustrious partner being a normal human being with needs and wants that may not line up with his, he will lose the luster of the fresh and shiny being in love.

That means he can fall out of love just as quickly as he fell into it. Unless it’s the real deal, he can move past it and find someone else. The thing is, he will always hold a special place in his heart for that person no matter what.

Even if she turned out to be a sea hag that wishes him nothing but misery. He will still have a little love for her somewhere forever because he gives a tiny piece of his heart away every time he is with someone.

When he truly does fall in love though and it’s real, it lasts for the rest of his life. He will fall probably several times before he finds someone that he is patient enough to get to know and be certain she is the person he’ll be with forever.

2. If He Says It For The Purpose of Sex

It’s not a common occurrence for a Pisces man to throw this statement around just to get laid but it’s not impossible either. If he feels that way in the moment then he may say it but he’ll regret it later on.

It’s not that he’s being dishonest or trying to lie. He’s really feeling that person at the time and in his mind, he’s attaching his feelings to what he’s doing and that’s truly special to him.

The person usually ends up getting quite upset with him later on when he realizes that he didn’t really want to be in a relationship with her but she start developing strong feelings for him.

She feels used and he feels confused. He might even feel bad about it himself which could cause him to cold or very quiet. He doesn’t know what to say to make things better or to take back what happened.

Pisces men feel things deeply so even if it’s a one night fling, he’s still going to express his feeling verbally and means it at that moment. For a woman, she typically hears the words and thinks “yes, this is forever”.

A Pisces man feels like “I really do love you in this moment” because he’s connected physically and emotionally. The next day she still feels the same and he feels like it was special but not forever.

I know this is a hard one to wrap one’s mind over but Pisces men are different than all the rest. When he loves, he loves and even if it’s only for a night or two or if it’s a life long journey.

3. He Says It When He’s Truly In Love

Clearly one of the biggest times a Pisces man will tell a woman he loves her is when he absolutely is deeply in love. He always means what he says and for a woman he spends his life showing her devotion, he loves her with all he is.

If he says I love you and then he is consistent with showing that, he isn’t lying or trying to give you a temporary relief. When a Pisces man says he loves you, he is opening himself up and taking a risk of being in love and wants it to last.

He will put his partner up on a pedestal to show her how much she means to him. When he tells her he loves her, it’s something deep within that he wants to express to her so that she feels his depths.

There are some signs that throw “I love you around” and don’t really mean it or are using it for manipulative measures. Pisces men don’t use this as an angle even though some women misunderstand it.

When a Pisces man says he loves you, you should know that he never says it unless he means it and he always means it even if it’s only for a night. This is the hard part about understanding a Pisces man. He will always care about every woman he’s ever been with.

With his empathy, he cannot help but feel for the person he’s with or has been with before. This will keep him forever linked to them and to his partner. Saying I love you is something he prides himself in and shares with the woman who captures his heart.

He’s romantic and sexy. This guy wants his partner to know and to feel his level of great exquisite care he feels for her. He will spend all eternity pleasing the woman he loves.