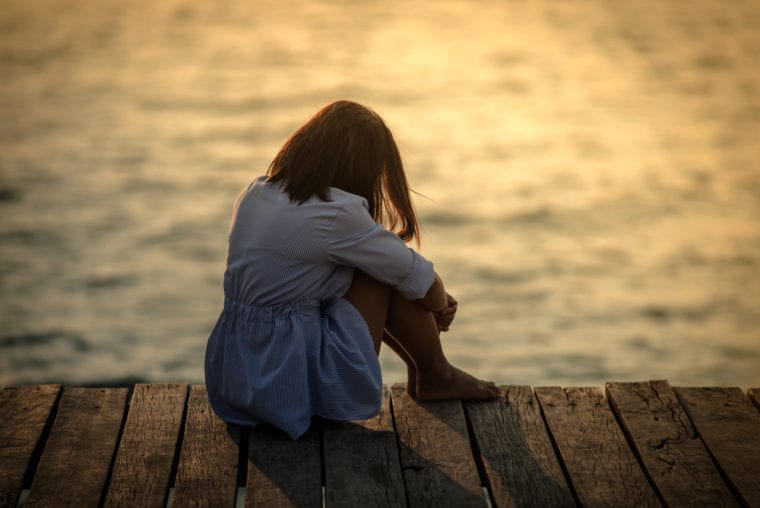 Does Your Pisces Man Miss You? 5 Ways To Tell

How can you tell if the Pisces guy you’re crazy about actually misses you when you’re not around? He’s normally very obvious about it but if you still aren’t seeing it; keep reading for signs you should look for.

He Stays In Touch

Pisces man doesn’t actually want to give the opportunity to have to miss you for any reason. Therefore he’ll be in contact quite often. He’ll call, he’ll text, and he’ll message you on social media.

He’ll also click like on your photos, your posts, and make his presence known. Basically he wants to ensure you miss him and that you understand he’s not going anywhere.

The thing is; he’ll make you want to reach out to him so therefore there is no real reason for either of you to miss each other. If he’s falling for you and thing are getting serious; he’s going to be transparent.

He’s one that will be totally upfront via keeping in nearly constant contact. Even when he’s at work and so are you; he’ll message you at least once or twice in the day unless he’s 100% unable to (very rare).

Aside from the cuteness of keeping touch; he will often check to see if you’re alright, if you’re safe, and if you’re feeling alright. Remember that a Pisces man is rather intuitive.

If you’re having a bad day; he may actually sense it and reach out to ask you how you’re feeling or if there is anything he can do to make you feel happy. Checking up on you is natural for Pisces man.

Pisces man is concerned with your safety and with your peace of mind. He cares very much and therefore if he misses you; he’ll worry about how you’re doing when you’re not with him.

He has to hear it for himself or see it for himself to even fully believe that you’re alright. You could get annoyed after awhile of hearing “are you alright? are you sure?”

He Tells You He Misses You

Pisces man is typically not one whom you have to wonder whether or not he misses you. If he’s in love with you or is close to you; of course he’ll miss you. He’ll also just be honest about it.

He’s likely to call you or text you to tell you he misses you or he looks forward to seeing you again soon, etc. Whatever it is; you’ll get the point of why he’s contacting you.

When he’s with you again; he’ll tell you he missed you since the last time you two spoke or were together. He’ll be totally honest about it too. Pisces men can actually come off as rather clingy sometimes because he’s so honest with his feelings.

However; if your Pisces guy isn’t doing any of this; you can simply state that you miss him and he’ll then tell you if he does. It’s like a pop quiz for him. If he says he does too then you’ve got your answer.

Sends You Thoughtful or Romantic Gifts

When you randomly receive a card, flowers, candy, etc; he likely misses you and wants you to know he’s thinking of you. It’s another very obvious thing. The Pisces man who is smitten makes it VERY clear.

He IS a romantic and will show you every chance he gets that he’s thinking of you. That may be a sweet text message, a sweet meme posted on your social media, or a knock at the door with a “care package” for you when you’re ill.

He’s the type of guy that will bring you soup or anything else you need if you are sick. He’s going to take care of you. Therefore there isn’t really too much of an opportunity to miss really.

However; every minute he’s not with his true love; he will miss her and therefore always tries to show you ways or tell you how he feels. He never wants you to feel as though he doesn’t miss you.

He knows it’s important to keep that connection. Sometimes he may actually get rather annoying with it but hey; if you really love the guy; you will appreciate all he has to offer. It’s very endearing to know you’re that cared for.

The Pisces man knows the value of “now” and will act upon it. That means that he doesn’t like to waste any time. If he feels he’s missing you; he could show up to your house, work, or wherever to see you.

He’s not one that you’ll ever have to worry about whether or not you’ll see him again OR when. He’s not going to let you slip through the cracks unless he’s decided you aren’t the one.

Something else that I know of is that when a Pisces man does effectively miss you; he’ll hold you ever so closely and be very tender. It’s like you can FEEL that he’s missed you without words being spoken.

All in all; Pisces man is very clear and obvious in how he feels and definitely lets his lady love know when he’s missing her presence or wants to be around her. This will be especially true if he’s out of town.

This is the one time where he’ll feel the void of her not being with him. Again; he’ll tend to call, text, or message a lot when he’s away though. He needs to feel that constant connection or he worries.

The last thing you ever want is for a Pisces man to worry about you because he will definitely stay “plugged in” until he knows that you’re alright and are not worried about what’s going to happen.

Pisces man wants everything to be alright with you and he always wants to show you how very cherished you are. If you’re with a Pisces man who isn’t doing any of this; maybe he’s not the one.

If you’re ready to understand does your Pisces man miss you click here to learn more about Pisces Man Secrets.

19 thoughts on “Does Your Pisces Man Miss You? 5 Ways To Tell”