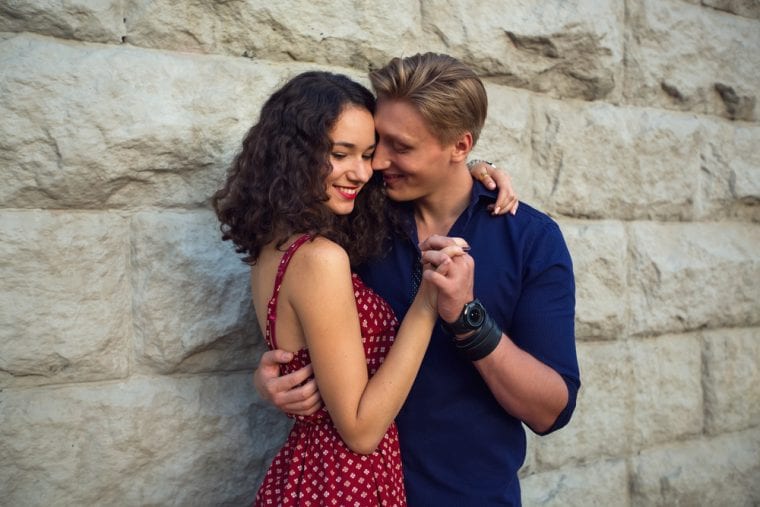 Are you smitten with a certain Pisces guy but not sure if he’s into you or if he’s just being a nice guy? Could he be falling in love with you? Keep reading for information on what you can expect getting involved with a Pisces man.

Stops the World for You

If you’ve ever heard the song “I’ll stop the world and melt with you” then you get the gist of what I’m about to tell you. This song IS the Pisces man in love.

When he cancels his plans, revolves his new plans around you, and makes sure that he’s able to spend plenty of quality time with you; he’s stuck to you like glue and likely in love.

He’s a very physical type of guy as well so don’t be surprised when he whisks you up and takes you into the bedroom to work his magic. He’s very gifted and talented in the bedroom.

He will especially be spectacular in that area with age. When he’s in his younger 20’s he’s not as experienced but the older he gets, the more amazing he becomes and takes more aim to please; especially for the woman he loves.

If he isn’t acting quite like this or is just really nice when he’s around you; he may not be in love with you or may even just want to remain friends. Time sacrifice is the dead giveaway.

In the event he’s not making time for you or making you a priority then he may not be in love with you. With time that could change but typically this guy is pretty intuitive with who he finds interest in.

It will become clear relatively quickly if he’s only into you for sex or friendship. Yes, Pisces men can and do have casual sex when or if the opportunity presents itself.

Not all Pisces men are loose though. Some actually want to preserve their talents in the bedroom and with their heart for the RIGHT woman. It all depends on their rising or moon sign as to which way they swing.

In Over His Head

There are cases where Pisces man thinks he’s in love only to realize months later that he’s made a mistake at which time he’ll either end it or he’ll start cheating with someone else.

Whether or not he cheats will rely heavily on which type of Pisces he is. Is he the promiscuous type or the type that wants to wait for the right one. Sometimes it takes for him to meet someone else better suited for him to realize the one he’s with isn’t’ the right one.

This is an unfortunate thing but it can happen with Pisces. He really is dreamy and loves to love therefore it’s quite simple for him to fall hard for someone before he actually should.

In some cases; it ends up working out and the couple live happily ever after. With that said, just keep your eyes open for red flags if you think that maybe he’s not being loyal to you.

When he’s having indecision or issues going on; you’ll be able to tell by his actions. He’ll pull back, maybe get cold, or he may just tell you that he has things going on and isn’t ready to talk about it.

Again, I’m not saying that you’re out of luck if this is going on. It just depends on what specifically he has going on in his head. When he’s in love though; you won’t have these types of things to worry about.

I mentioned before about the different types of Pisces men. The Pisces man that is 100% certain he’s in love will always be around when you need him, will be there for you, and will not flake out.

If he tells you he’s going to help you; he will. If he makes plans with you; he will be there unless he gets ill or some other problem arises otherwise you should expect him to do what he said or be where he said he would be.

The Pisces man in love will typically be loyal. Afterall; the woman he’s in love with is the greatest woman alive. This is literally what he thinks when he’s in love. If you find yourself being treated like a princess; he’s in love.

He will do anything he can for you as long as it makes you happy or helps make your life easier. Just as he’ll be there for you; he’ll also depend on you to help lift him up.

He will open up to you and ask for your advice. He really actually cares about what you think, what you feel, and what your opinion is on whatever problem it is he’s trying to solve.

Many men don’t pull that off easily but Pisces man is not afraid to make his woman his best friend. This is when you know he’s yours and that you have him for the long haul.

Since you are everything to the Pisces man; he’ll always make sure to show you that you’re everything to him if he’s in love with you. He’ll be whatever you need him to be.

He’ll be the shoulder for you to cry on, the man that makes you feel like a queen, the man that is always there when you need him, and the man you can call when problems arise.

He’ll also be very protective over you. Your safety and security is something that he’s always going to be concerned with. If you find him obsessing or insisting about it; he’s smitten with you.

If you still don’t know how to tell if a Pisces man is falling in love with you click here to learn more about Pisces Man Secrets.