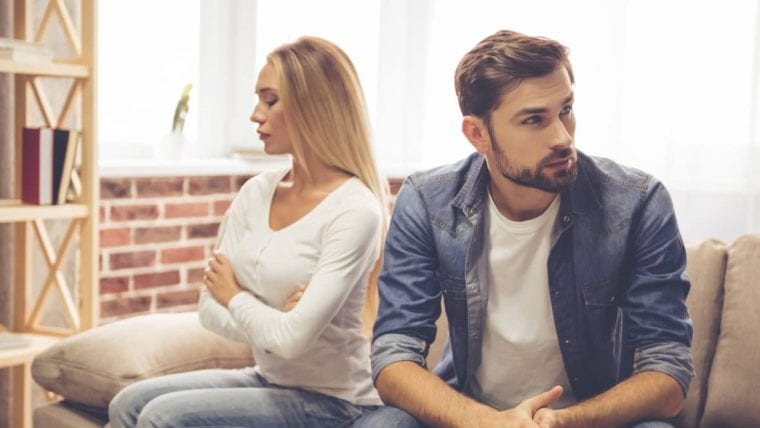 The Pisces man can seem very complicated and difficult to understand when he suddenly goes quiet or pulls back. He’s lessened or cut off his texting and calling because he’s not feeling right.

When I say not feeling right, I mean emotionally. There are various reasons why he would do this. I would highly advise you to keep reading to learn seven reasons why a Pisces man pulls away. I will also give you advice how to bring him back to you!

1. His Feelings Were Hurt

This one should be obvious. If you’ve said or done something that has hurt him then he needs time to lick his wounds and decide if he can get past this wounding or not.

He has to think it over, asses how he feels about you, and assess the damage done or if it’s something he can let go and move forward with. Yes, it’s that deep!

Pisces men feel things deeper than most. He’s a water sign and they carry things on their heart that they probably shouldn’t. You really have to watch how you talk around him.

Even if it’s something you didn’t mean, you will have to quickly apologize to him so that he knows that you really did not want to harm him in any way. He may not believe it at first but after he calms down, he may very well be forgiving.

If you don’t say you’re sorry, he will probably hang onto his upset for quite some time, and it will be a while before you hear from him if at all. Apologies mean a lot to him as does the promise you will be more careful. 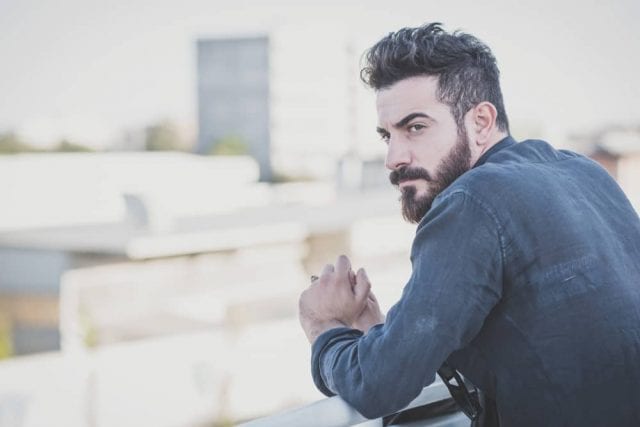 When the Pisces man has too much going on in his life at the same time, he becomes bogged down emotionally. He will feel overwhelmed and unable to face everything.

He starts feeling like he’s in an abyss and not sure how to get out of it. If that’s the case then he’s going to be putting love on the back burner for a while until he can get himself back in line.

He will have to prioritize that which needs fixing or repair, and do each step by step. If he doesn’t, he may try to soothe his overworking mind and heart by drowning himself with substance.

Some Pisces men can develop addictions due to this reason. He may also suffer depression or anxiety. It’s really important he talk to someone about his issues, even if only a good friend who is an excellent listener.

He doesn’t often reach out to someone else when he’s suffering, and this is why you may not hear from him. He doesn’t want to burden you and feels the need for alone time for his own self being.

Work could be adding on more hours to his daily time clock clicks. They may be giving him over time or they may be asking him to do something out of the norm that is particularly difficult for him.

What can you do? Message or call him and tell him that you’re sorry things are going wonky for him and if he needs to talk, you are there for him. Show him patience and concern. He will appreciate it.

3. Moving Too Fast Scared Him

In the event that the two of you got into a relationship really fast, he will at some point realize he didn’t think things through. This will cause him to pause and not know what to do from there.

Pisces man will become moody and not really up for talking. He’s too busy trying to look back on what he’s done and what he wants to do going forward. He may feel there is something lacking or something he doesn’t like also.

He could also be terrified of getting his heart broken due to past experiences when he’s moved too quickly. This will definitely make him second guess everything about the relationship he has with you.

Be aware that if he pulls back after you two were moving at lightning speed, it’s probably his fears and doubts causing him to back off. What you can do is be patient and caring.

If he needs some space and time then give it to him. Gently message him to let him know that you’re not going anywhere but you’ll wait for him to be ready to talk.

4. His Ex Has Emerged 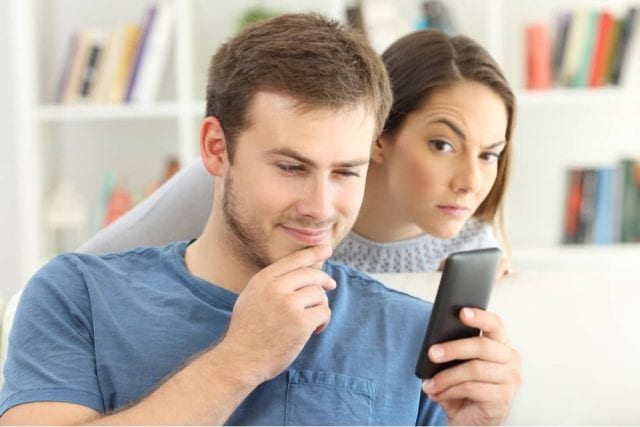 If there is a woman from his past that he never got over suddenly comes back around and is talking to him, he may become confused about what or who he wants.

Even if she’s not told him she wants him back, he will assume that because she’s speaking to him that she must want something from him. This will make him feel a little guilty about you.

It will make him pull back to figure out what the heck he wants and if he wants a future with you or with her. If he chooses her and she’s not up for it, he will feel awful and probably depressed.

If he chooses you, he will certainly come back around fairly quickly and giving you his attention again. You’ll need to let him figure himself out though otherwise pushing him will make him automatically make him choose to cut you off.

Even if his ex has come around, he’s got to put the nail in the coffin of the death of what they had. He cannot and will not deal well with any pressure or jealousy from you.

Tell him you trust him to make the right choice and that you’re not fearful of him talking to her at all. By letting him know you’re alright with it, he’ll feel grateful that you’re not pushing him.

The Pisces man is prone to emotional issues if he becomes overwhelmed, as I mentioned before. He may actually have been clinically diagnosed with depression or anxiety.

In such cases, he may be on medication and if he forgets to take it or he mistakenly drinks while taking these meds, he can lose control of himself and go back into despair.

When he’s in these moods, he isn’t feeling social at all. Even if you are his love, he will want to be left alone. The thing is, you cannot leave him totally alone because you aren’t sure of what he’ll do in this dark time.

It may be wise to go by and check on him with some chicken noodle soup and a nice gift. He’ll be surprised and the soup isn’t for an illness but it will bring him comfort to know you care that much.

Let him know if he needs anything at all that you are there for him. While he may not talk to you about his issues, he will still feel good knowing that you care about his well-being. 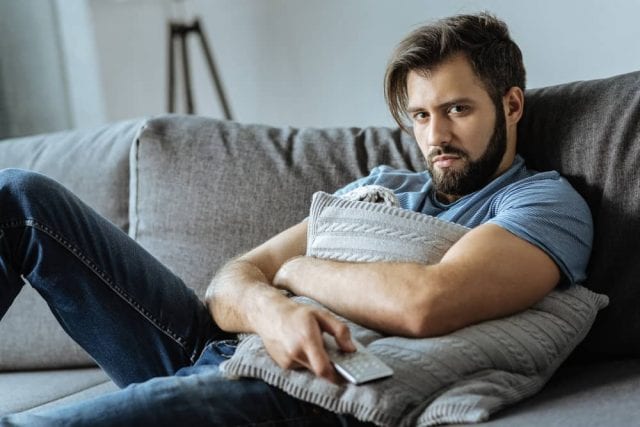 This sounds just like what I’ve mentioned above, but when you think of someone who feels things deeply and can get overwhelmed easily, you can imagine he’ll have mood swings.

His not speaking to you may have to do with him being in a bad mood or just not feeling like talking. Once you get to know him over time, you’ll be able to spot his moods and know what to do.

Until then, you’ll have to be very patient with him and understand that his feelings can be all over the place sometimes, which makes him withdraw from people including those he loves most.

It’s a natural reaction to want to shield himself from others as well as shield those he loves from his problems. He doesn’t want to bother anyone or burden them.

Once you show him you understand he goes through these swings, he’ll greatly appreciate you being around.

This one is a bit harder to take, but if a Pisces man disappears or pulls back from you, he may have figured out that you’re not the one and rather than tell you, he just goes quiet.

It’s not the nice thing to do but again, he doesn’t know how to confront you and tell you that he doesn’t like something about you and feels that it’s just not going to work out for him.

He’d rather go quiet and ghost you. What can you do in this case? Not much. This is the one thing you cannot change or reverse. This is how he feels and not much will sway him.

Read next: How To Tell If a Pisces Man Still Has Feelings For Youk

Yes, it can be hard to deal with someone so tender hearted. However, he can also be loving. As such when you get to know him properly and take your time, you will find his sore spots and be able to move past them.

Pisces man requires understanding, love, patience, and a woman who will not walk away even in his darkest of hours.

Speaking of Pisces man, did you know that sexy all-star Billy Zane is a beautiful Pisces? Yep! No wonder he looks so dreamy. I mean, have you seen his gorgeous eyes and eyelashes?

Were you able to figure out what was wrong with your Pisces man? What did you do to bring him back to you?

And to learn more about the mysterious Pisces man check out my Pisces Man Secrets.