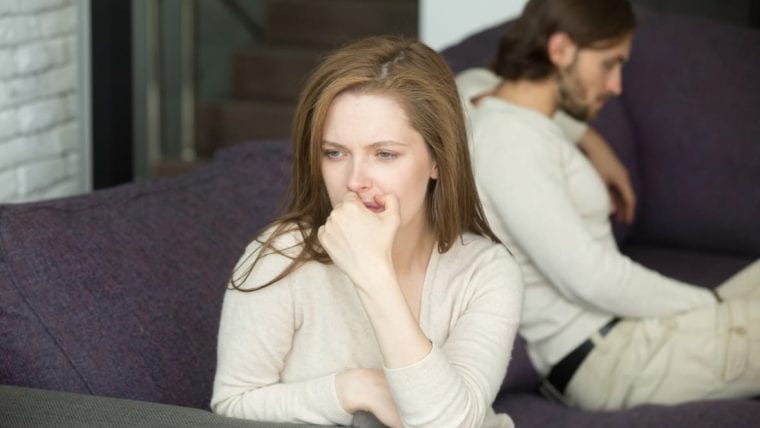 Is your Pisces guy refusing to commit to you without being clear on why? It’s stressful playing a guessing game with these slippery signs, and frustrating to say the least! Here are some of the reasons why he might not be willing to step up:

Let’s just get one thing straight: Pisces men are notorious for avoiding commitment. This is a sign that is known for ghosting on the regular, so it’s totally not personal. In other words, it’s not you – it’s him!

In my experience as a Relationship Astrologer, Pisces men tend to drift off and come back, often leaving their lady-loves wondering what has gone wrong. It’s even more confusing because it’s likely that he was professing his undying love and desire to marry you just a few days ago, right?

There are many reasons why he could be avoiding commitment, but the point is, is that this is just what Pisces men do. They often feel trapped, and like the fish this sign symbolizes, he will look for a way out of any situation that feels too structured.

You just have to trust that he’s either going to return and let him be, or set some boundaries. Sometimes, that’s what this guy needs. There needs to be consequences for his actions, so that he knows he is hurting you and has to face up to it.

Here are just some of the reasons why the Pisces fella is refusing to commit to you:

Pisces men often feel trapped. Whether it’s a relationship, a job or any other commitment, he just hates feeling boxed in. He’ll look for any way out, which often leads to him just not committing at all to you or anything else at all.

Signs that he’s feeling trapped look like him disappearing for longer and longer periods of time, such as, surfing for hours, or putting on his headphones and not talking for ages. These are small things that show he’s needing to escape.

What you can do in this situation is give him space and not ask too much of him. When he feels less pressured, he will be more likely able to step up and give more of himself. This is true of all Pisces men, in my experience with Relationship Astrology.

2. He Is Avoiding Difficult Feelings 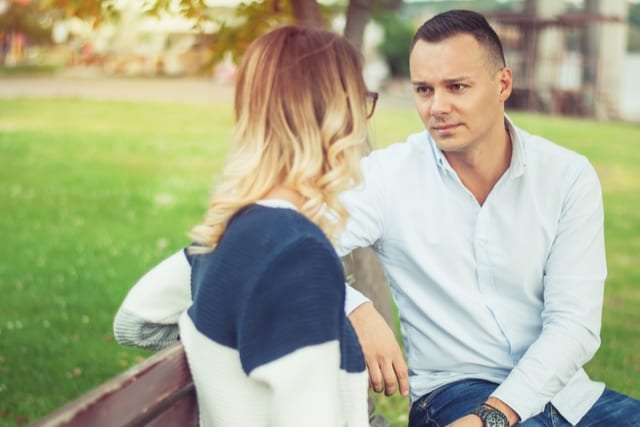 Pisces men hate feeling uncomfortable emotions. For a water sign, they are remarkably switched off sometimes, even though they are flowing with empathy and intuition. This is a sign well-known for numbing, avoiding, and escaping when feelings get too strong or confrontational.

For example, maybe you’ve had your first argument. Or, maybe you’re angry with him. Perhaps it’s a case of him not feeling like things are a fairy-tale anymore, that reality has stepped in and there’s work to be done (just like in any relationship!).

This is when Pisces men often do a runner. They hate any kind of confrontation, and feelings such as anger, irritation, jealousy, sadness, or anything besides total happiness is not their cup of tea.

This is a time when he may refuse to commit to you – because he just can’t handle having to deal with relationship reality. It’s very frustrating for any woman!

Taking it slow and giving him space does help, as well as being gentle and non-confrontational when there’s an issue will help him to feel calmer and less pressured.

3. He’s Already Involved – And Not Telling You

Although this is not often the case, it is possible that your Pisces fell is living double life and seeing someone else at the same time as you. He is a sign that is capable of duplicity, indecision and being unfaithful, even if he has no bad intentions.

Most of the time, he’s just indecisive and doesn’t want to hurt anyone. And, because he’s non-confrontational, he also avoids making any kind of move in any direction.

This results in looking like he can’t commit to you.

What should you do? Well, you can give him an ultimatum, because that’s likely what he needs – even if he hates the pressure of it. Hopefully, that should make him think about who to choose and how much he cares about you.

4. He Can’t Deal With The Responsibility Of A Relationship

Let’s be honest here – relationships are a major responsibility. They take work when the rose-colored glasses finally come off. You are two different people trying to adapt to each other, and still maintain a sense of identity.

And the thing is – Pisces men just hate any kind of responsibility. They bring other gifts to the relationship, such as intuition, empathy, caring, creativity, and kindness. They are the ultimate support system!

However, when the relationship becomes serious, for all his big talk of marriage and running into the sunset, he may get cold feet. This can result in him avoiding commitment.

The good news is that he usually does come around, after he realizes what the two of you have. Just give him some time. However, not too much time – he does need to know that you won’t wait around forever!

Pisces is a sign that truly believes in sharing the love. If it were up to him, no one would ever be in a monogamous relationship, because according to him, there’s more than enough to go around!

Have you ever asked him if he’s into being with more than one person at a once? Remember, it’s not always about sex, but more often, about sharing oneself emotionally with others.

This style of relationship also suits Pisces because it never makes him feel trapped or suffocated. If there’s an attraction, he can follow it, and will be okay if you do, too.

Being such an incredibly soulful and spiritual sign does make the Pisces man the type to wander the world, searching for himself. This may lead him to new countries, experiences and all kinds of journeys that help him discover who he is.

If he is on a spiritual journey like this, he’s going to be very reluctant to commit to you and have a partner whom he feels responsible to. He also knows he has no boundaries, which means that when he fast, he falls hard and completely. And then there’s no room for himself and his journey.

Try and not expect him to be with you in any sort of stable arrangement if this is the case. If you hear him talking about all the places he needs to visit, all the journeys he wants to have, it’s best to step away and not expect very much at all.

In conclusion, it’s very hard to pin the Pisces man down. Few commit, and when they do, they still need loads of space and freedom to be who they are and do what their soul asks of them. But, with patience and persistence, it is possible to have a long-lasting love with this special soul!

Do you have a Pisces guy in your life that is refusing to commit? I’d love to know how he reacted to your attempts to settle down with him. Leave me a comment about how it went!

If you want to know more about the ways of the Pisces man then check out my book, Pisces Man Secrets.  You can find it right here.

And if you feel like you need some private guidance on your relationship, I’ve still got a few spots open for my ‘VIP Consultation’ service that you can book here to get instant clarity and guidance. You can book your private consultation here.

Wishing you all the luck in the universe.