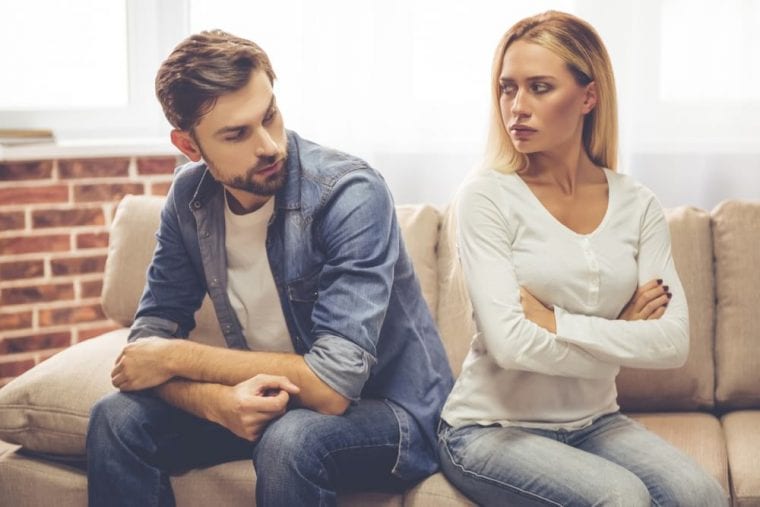 Good Pisces men leave great women sometimes—it’s a sad fact, and it’s easy to take it personally. Most of the time, it’s not personal, but sometimes, it can be. There are certain qualities that are just a turn-off for every sign. These tips will save you from heartbreak!

You’re a catch—you know that! But you also know that even the best man isn’t perfect, and every guy has a list of deal-breakers.

The Pisces man, astrologically speaking, is quite easy-going. However, he is ruled by the symbol of the fish, which makes him a little “slippery” and hard to pin down!

And even once you’ve hooked him, there are a few things that can flick his switch right off. The key is to know what those traits are and avoid them if you’re committed to making it work with your Fish.

Knowing what some of these turn-offs are can certainly help to prevent a good relationship turning sour. Astrology is one of the most powerful tools that can give us the knowledge we need to find—and keep—a strong connection.

Even though he might not necessarily show it, a Pisces man has a very spiritual soul. Sometimes, this manifests as a love for nature, musical gifts, or an ability to empathize with suffering in others.

Many Pisces men are not even aware of their own innate spirituality, but it is there! You’ll see it when he drifts away lost in a piece of music, when he’s in the sea, or even when he’s doing daily meditation.

He’ll need to have a soulful connection with his perfect partner. It’s important for him to be able to share this side of himself with someone who “gets” it.

If that’s not there, he can’t fully engage.

2. A Lack of Empathy and Compassion

Some people just aren’t all that empathetic. Some of us are more practical and down to earth and have less capacity to take on anyone else’s problems.

There’s really nothing wrong with you if you’re not the type of woman who is compassionate to everyone she meets! Maybe you’re kind in other ways.

However, this may be a deal-breaker for a Pisces man. First of all, he needs a lot of empathy from you. He suffers on the inside, and he’s often a bit of a tortured soul. As much as you love him, it may be hard to keep up an “act” if you’re not feeling it.

Maybe you would prefer that he’s a little less sensitive, or maybe he wishes you were more sensitive. Either way, he’s not going to be happy if you’re not in tune with him and others emotionally.

3. No Shared Love of Music

Are you the type of girl who likes to switch the radio on and just see what plays? Do you ever notice what music is playing in the background? Do you have a favorite genre?

If you said “no” to any of these questions, a Pisces man may find that a bit of a turn-off.

One of the great loves in most Pisces men’s lives is music. Some of them play music, and some just appreciate it deeply. Many Pisces men collect records or instruments. He likely loves talking about music and may be big on live shows.

If you don’t at least have some sense of musical appreciation, it’ll most likely be a no-go for a Pisces man. Though he may tolerate it for a while, he’ll be sad that he can’t share his passion with you in the long run.

A huge turn-off for Pisces men is feeling stifled.

But the thing is, surprisingly innocuous things can make them feel trapped. Whether you’re just calling to check in or living together, some Pisces guys can quickly feel turned off by someone trying hard to pin them down.

Some women just naturally need a little more security in a relationship—a guy who’s not going to get anxious when his partner shows signs of needing him, or needing to know his movements.

That doesn’t mean either of you are wrong, but it can be a problem that can hinder your connection if you’re not on the same page with closeness.

Read next: 20 Pros and Cons of Dating a Pisces Man: the Good, the Bad and the Ugly!

5. A Lack of Imagination

Have you noticed how imaginative the Pisces man is? Some may say that he lives in a fantasy world. He loves storytelling, and his way of escaping the rigors and responsibilities of life is to go into his imagination.

The Pisces man is a visionary. He wants to see a future with his partner, even if it’s not always a realistic vision. He needs someone who’s going to understand and appreciate his imagination—and not shoot him down for being silly or impractical.

You may be the type of woman who doesn’t believe in fairy-tales and prefers to be practical and no-nonsense. That may just be a part of who you are, and it can certainly help balance the Pisces man out.

But truth be told, if you’re too practical and won’t try to go along with his flights of fancy, he may not be able to handle it.

These five turn-offs are a good starting point when considering what you are willing and able to bring to a relationship with a Pisces guy.

But the truth is, people leave relationships for personal reasons most of the time. You can’t blame yourself, and you have to remember that sometimes it’s just not the right time or the right connection.

You should never have to squeeze yourself to fit into anyone’s mold. Compromise and adjustment are important for any relationship, but when you’re no longer yourself, that’s when things can get confusing and tough for everyone.

So, ladies, have you fallen in love with a sensitive and fascinating Pisces man? What do you love about him the most? Have you noticed what turns him on and what rubs him the wrong way?

I’d love to hear your stories and questions, so feel free to drop a comment below—anonymously as always!

If you want to know more about the mystical Pisces man, take a look at my Pisces Man Secrets and find out what makes this man tick.