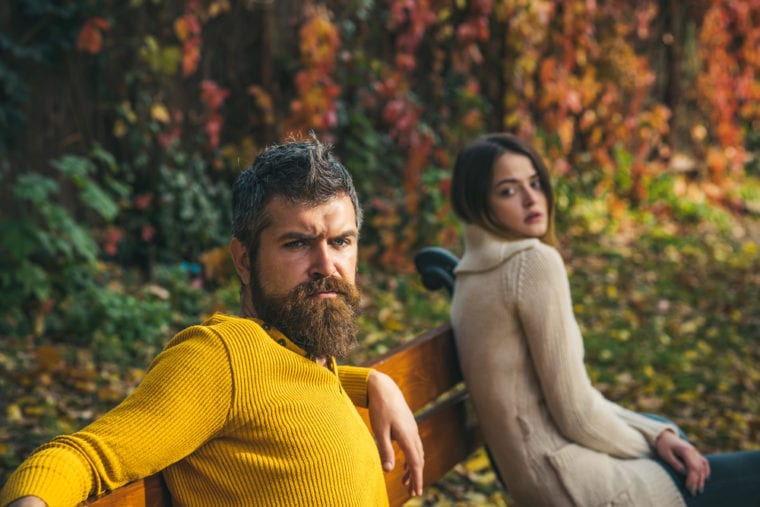 Pisces Man Jealous Signs: Read Him like an Open Book

What should you look out for when it comes to a jealous Pisces man? There are things he’ll do and say that definitely will let you know what is on his mind when it comes to his feelings. Keep reading for some interesting information on what to keep in mind with the Pisces man jealousy.

What many do not think about is the fact that the Pisces man is a water sign. He’s emotional but he’s also the type of guy that will be indecisive based on his lack of self worth or trust.

This in itself may make him jealous. He’s insecure and thinks another man could come whisk away his great love. This fear will drive him to be really suspicious of anyone who comes around his partner.

He will be paranoid sometimes about her phone, her social media, or anything else she’s involved in. He may also have a hard time that she’s confident in herself enough to achieve her goals.

He can become very jealous of her actually doing things to take her closer to her life’s goals. He’s afraid she’ll be so successful that she’ll leave him behind in the dust or find someone better.

This is the downside for someone as empathetic as he is. He’ll focus more on what he’s feeling and thus causing more worry than to actually use a little logic and self control.

If you suspect he’s being jealous in any form, you should try to boost up his confidence by reminding him that you’re with him because he’s such a wonderful man with a loving heart.

It may not always work because of his nature of becoming depressed easily but you can at least try. Maybe something will click and he’ll understand that you’re not leaving him for someone else and you’re not stepping out on him.

How He Acts When He’s Jealous

So what does the Pisces man do when he feels the pangs of jealous for his mate? Here are a few things to keep in mind and look out for if you need to. If you’re new to dating a Pisces man, it’s important you let you know.

1. Watches Over Your Shoulder

When you’re trying to enjoy checking out your friend’s post shares on social media and he sits really close to you and acts like he’s watching T.V. when he’s really looking with his peripherals at your phone.

He wants to see if you’re clicking “like” or “heart” on some dude’s stuff, what dudes are saying about you, and who you talk to. This will be especially true on the various forms of social media or text messages.

He seems to always want to see who is messaging you or sending you texts. He probably won’t make it obvious that he’s watching but trust me, he’s watching because he’s paranoid.

It makes him uncomfortable anytime you grab your phone in his presence. He’s unsure what you’re going to do, who you are talking to, or who may be trying to win your affections secretly.

2. Plays With Your Phone

He has a phone of his own yet somehow he is interested in how your phone looks, how it functions, and may even ask you for your pass code (if you have one) to use it really quick to look something up.

He may conveniently forget his phone somewhere or leave it out of the room so that yours is easier access. It allows him to look into your phone and see what you’ve been doing.

If you catch him looking at your phone when you come out of the restroom or whatever you were doing, he’s been checking out what you’re doing. Of course if you have nothing to hide, it’s best to not have a pass code on it and leave it laying around.

Leaving it around with confidence makes him re-think things and that maybe he’s over thinking things or being untrusting for no reason. Of course if he won’t leave his laying around or is on his constantly but doesn’t want you to see it then…

Likely if that’s the case then he’s doing something that he’s projecting you to be doing even when you’re not. He’s guilty and it’s the classic accusing you of cheating or talking to others when he’s in fact the one doing it.

He will act like there is a brick wall between the two of you if he’s developed jealousy in some way. If he suspects you of cheating or wanting someone else, you could be “dead” to him.

When he pulls this icy cold wall into place, he may also start flirting with another woman or multiple women to make him feel confident in himself again. As I mentioned, he gets jealous due to lack of confidence in the first place.

Even if you’re not cheating or talking to anyone else, if he gets it in his mind that you are, he’s going to become very cold and withdrawn. He may decide he’s going to find someone new because you obviously don’t want him.

It’s really childish to be honest but Pisces men can absolutely react this way if they feel their woman’s loyalty isn’t there. You may find yourself trying to prove to him that you are loyal.

You should never have to prove your loyalty to someone who seems dedicated to not believe you anyway. When this is the case, you probably should just let him go and find someone who is less dramatic than this guy.

Not all Pisces men are jealous but they can become that way if anything seems out of place or if he starts to feel depressed or down about himself. I hope these help you see ahead of time what your Pisces guy may be like.

If you’re ready to understand all of Pisces man jealous signs click here to learn more about Pisces Man Secrets.

2 thoughts on “Pisces Man Jealous Signs: Read Him like an Open Book”