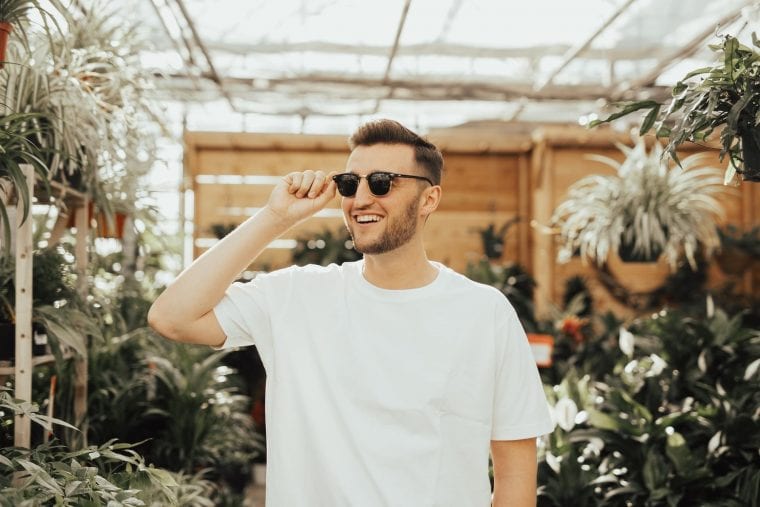 20 Pros and Cons of Dating a Pisces Man: the Good, the Bad and the Ugly!

Pisces men can be polarizing—many women either love them or hate them! There’s good, bad, and ugly in every one of them, but only you can decide if dating a Pisces is right for you. My list of pros and cons will lay it all on the table.

Let’s face it: Pisces men are confusing even at the best of times. And it makes sense when you think about their symbol: two fish swimming in opposite directions.

When you’re in a relationship with a Fish, it’s easy to take that confusion on, and it can be tough to make a call when dating this man. On one hand, you love his sensitivity and sweetness, and on the other, you may get annoyed with what seems like a wishy-washy attitude.

Whether or not you can handle the bad along with the good is a personal choice—but I’ve laid out the top pros and cons to help you figure out exactly what you’re dealing with!

10 Pros of Being in Love With a Pisces Man

Many of my clients are searching for a sensitive man. Well, here is Mr. Sensitivity himself!

Having such a tuned-in guy around can be lovely because he’ll always be empathetic and sensitive to whatever you’re going through. 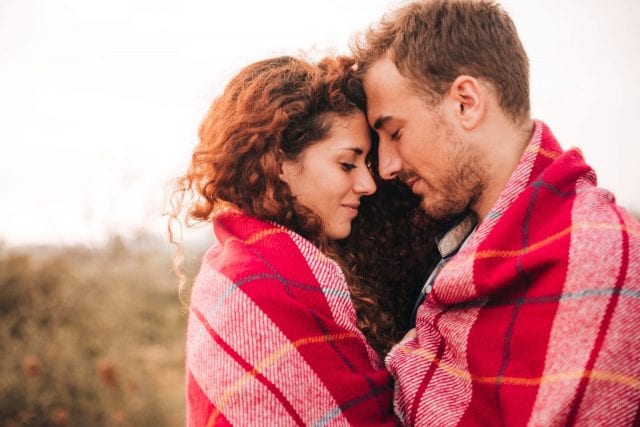 If you’re the kind of lady who loves her yoga, meditation, and crystals, then you struck gold!

Most Pisces men are very open to the spiritual world and perhaps might even be more invested in these things than you are.

With a Pisces man, you can look forward to sharing faith, a set of beliefs, or simply a connection to the spiritual world that other men just don’t have the inclination for.

Pisces is one of the mutable signs of the Zodiac, which means that they’re flexible and adaptable.

A Pisces man always goes with the flow. He’s not controlling, and he’s quite happy to let someone else lead.

Dating an easy-going man, especially if you’ve experienced the opposite before, can be such a relief. He accepts your friends, lifestyle, and choices readily, and you’ll be able to take him almost anywhere! 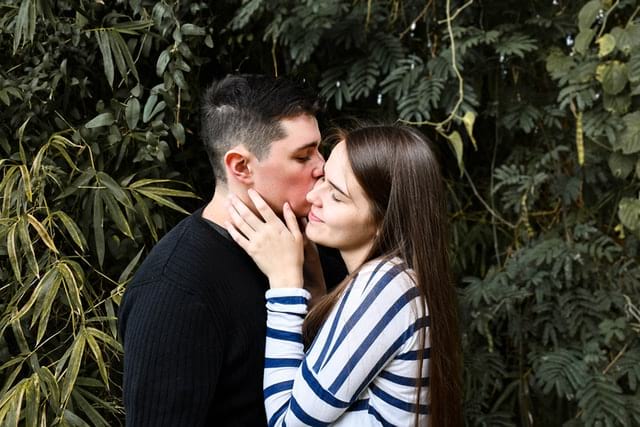 Pisces men are born to give.

Generosity is second nature to this sign, and Pisces men feel purposeful and validated when they have the opportunity to sacrifice for you. Whether it’s moving across the country, giving up their weekend days to help you clean, or adopting your kids, they are very willing to go that extra mile.

It’s important to appreciate this quality—and give back just as much as he gives. Pisces men sometimes don’t consider themselves quite enough, so they need a partner who makes them a priority, too!

Pro Number Five: He Supports You 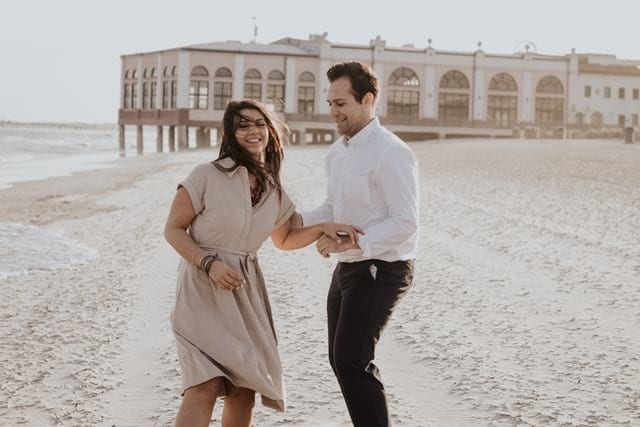 Pisces men won’t try to change your mind if you want to be a stay-at-home mom or a high-flying executive, if you want to live in a hut or a mansion, or if you’re a spender or a saver. They support you wholeheartedly and accept you fully.

It’s rare to find a man who is this accepting and nurturing. There’s very little that you could do to bring down the Pisces man’s regard for you.

Unconditional love is one of a Pisces guy’s greatest gifts.

Did you know that Pisces is the music sign? Many talented musicians and music-lovers fall under this creative sign.

He’ll often showcase excellent taste and can be a wonderful dancer—and what woman doesn’t enjoy a musical man? Get him to serenade you one day!

Even if he doesn’t play an instrument or sing, most Pisces are naturally artistic and creative. He’ll most likely make beautiful things for you. How sweet!

Vulnerability is hard for most people, especially men. True vulnerability is wearing your heart on your sleeve and not being afraid to put your emotions out there for people to notice.

A big pro of dating a Pisces man is that you always have room to be vulnerable, and he’s going to open up, too—though at times, he can be slippery and may avoid the more challenging emotions. Be there for him!

Pro Number Eight: He’s a Lover, Not a Fighter

If you’re tired of men who always have to be top dog, who are aggressive and always looking for a fight, then you’ve come to the right place. Pisces men are pacifists.

They’re always looking for a peaceful way out of a situation and will never be the type to try and provoke or cause conflict with you.

This non-aggressive approach can be really refreshing! 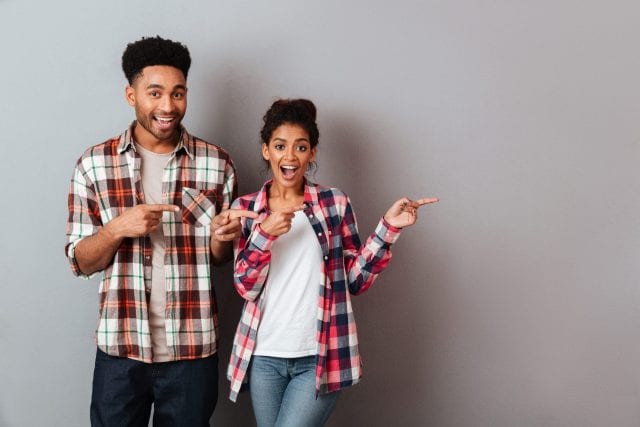 Pisces men can be moody, sure, but they are also a lot of fun.

They can dance all night, enjoy their drinks (sometimes a bit too much), and be really quirky and silly.

Pisces men make brilliant actors and mimics, which is what makes them so hilarious. Take advantage when your Pisces man is in the mood for fun!

Read next: How to Keep a Pisces Man Wanting You Once You Catch Him?

Pro Number Ten: He Empathizes with You

A Pisces man understands exactly how you feel—even if he has never been through what you’re experiencing.

Bad day? He understands. That time of the month? He’s the one bringing you a hot water bottle. Work stress? He’s there to massage your feet and listen to you moan.

10 Cons of Being in Love With a Pisces Man

As is true with every sign, it’s not all sunshine and roses with a Pisces man. These are his biggest flaws. Can you handle them? 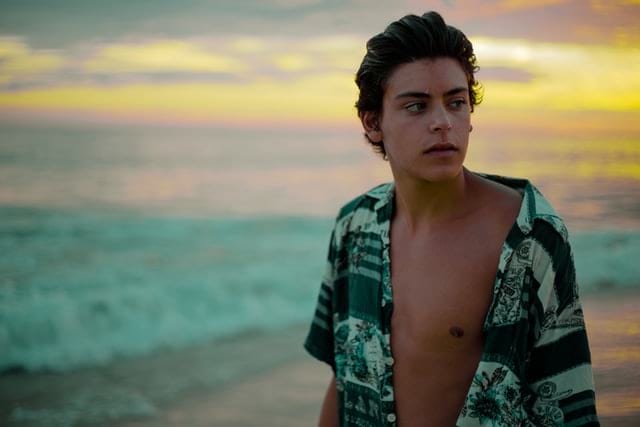 Sorry, girls, but if you’re looking for a man who is going to be your protector, who’s going to change your oil and fend off admirers, the Pisces man might just not be for you.

He’s not typically masculine—he’s more the artistic, sensitive, creative, quiet type. If you’re looking for a partner to strictly uphold traditional gender roles, you may have to look elsewhere.

This is a flaw that gets to so many of my Pisces-loving clients. The truth is, he’s just not the readily committing type.

If he does settle down with you, he’ll always have a loophole or a way to escape the restrictions of commitment.

This can translate into a desire to run off and travel, dive into gaming, or participate in some other distraction, and it can feel frustrating at times to have him not fully present.

At worst, this ends in a broken heart because he’s not able to handle the responsibility of a relationship.

Con Number Three: He Can Be Avoidant

You love how your Pisces man is a peacemaker—but sometimes, “peaceful” really means “avoiding the hard stuff.”

Pisces men live in a fantasy world of their own making, and that can make them extremely avoidant of the real problems of life.

This can be frustrating when it comes to having a long-term relationship, especially if you’re more of a realist who doesn’t like to sweep anything under the rug.

You’ve probably noticed this one already.

Maybe your Pisces man has been late or outright forgotten a date or an appointment—or many appointments. Maybe he’s changed his mind at the last minute or committed to something and then dropped it.

This is one of the hardest qualities to handle. You’ll have to learn to tune into his energy and beware of putting him under too much pressure.

Con Number Five: He Can Be Unmotivated

Pisces is one of those signs that are not cut out for the “normal” working world.

They are at their best when they are left to their own devices and able to go with the flow of life, without pressure to do or be anything.

This may look like a lack of motivation to women who are ambitious and driven, but Pisces is most comfortable when he’s not pushing or being pushed.

Con Number Six: He Could Have Addiction Issues

Many Pisces are simply susceptible to overdoing. This can range from a wine habit to a full-blown gaming addiction.

Encouraging him to explore nature, play and listen to music, do yoga, meditate, surf, or get creative is a great way to help him escape in more constructive ways.

Con Number Seven: He May Ghost You

Pisces men have a bit of a reputation for ghosting. You know—when a man suddenly stops messaging you and talking to you out of nowhere. There one moment, and gone the next.

If they’re unable to face problems or responsibility, they can vanish.

This is very painful. Luckily, it usually only happens very early in the relationship when he’s unsure. 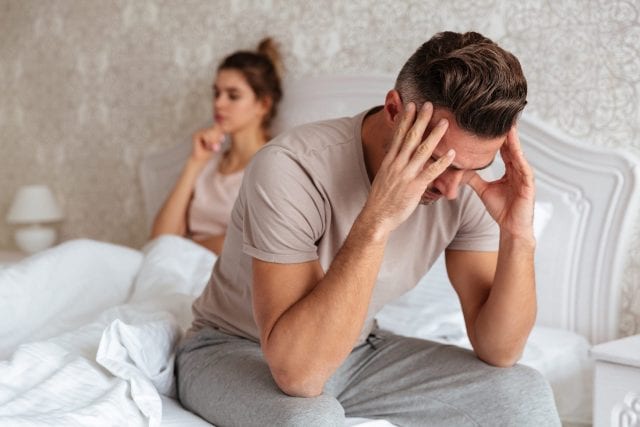 Problems are a part of life, and everyone has relationship problems. It’s not the fact that you have problems that matters; it’s how you deal with them.

And just like he maintains his role as a peacemaker in the rest of his life by avoiding, he tends to let relationship troubles pile up instead of dealing with them, too.

It can be extremely hard to pin these guys down and get them to confront reality!

Con Number Nine: He’s a Dreamer, Not a Doer

Hopefully you’re the proactive type—because Pisces men are not.

They are dreamers. They build castles in the sky and fantasize about how they wish life could be. Seldom does this match reality.

It can be very frustrating when your Pisces man is the one dreaming, but nothing ever gets done—by him at least. This is something you may have to learn to live with.

Read next: What Should You Know about Pisces Man Before it’s Too Late?

Con Number Ten: He Has No Boundaries

Pisces is infamous for having zero boundaries.

This can be great when he’s being intuitive and empathetic, but it’s not so great when he doesn’t understand the word “no.”

Pisces men really think that everything and everyone is part of them, and they’re part of everything else. This is romantic, but it’s also messy in real life.

He needs to figure out where he begins and you end, or else he can become co-dependent.

Remember,  in any relationship, we have to take the good with the bad and learn to accept people as they are. If you are dating or falling for a Pisces man, these are some of the ups and downs you may face.

Could you overlook the bad to experience the good? Has your man melted your heart—or driven you nuts—with of his oh-so-Pisces traits? I’d love to hear from you in the comments!

Want to see how compatible you are with your Pisces man? Try my free quiz here!

2 thoughts on “20 Pros and Cons of Dating a Pisces Man: the Good, the Bad and the Ugly!”