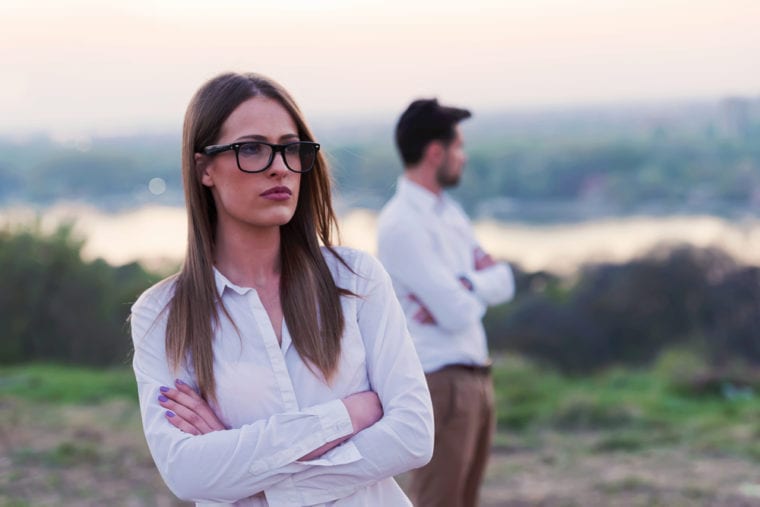 Is Your Pisces Man Jealous of Your Friends? This Is the Reason

Is your Pisces man giving you a hard time when you want to go hang out with your friends or just give them a call? Why would he act this way when he knows that they’re just your friends? Keep reading for why a Pisces man is jealous of your friends.

Too Much Time with Friends

Typically a Pisces man isn’t going to be jealous of your friends. He understands the value of spending time with good friends and cultivating personal freedoms. If he IS displaying jealousy, you’ve got to figure out the core.

Perhaps if he feels you’re spending more time with or on them than you do with him, this could cause him to feel imbalanced. If he feels you two aren’t balanced, he will act out and express his displeasure with you running off with them again.

In the event that your best friend is a male, he probably will not be comfortable with that either. He’ll be especially problematic when his jealousy is due to you going to spend time with your best friend who happens to be a guy.

He will be understanding up to a point but if you ever ditch him for your best friend or spend copious amounts of time texting or talking on the phone to your male bestie, he’ll develop problematic jealousy.

If your Pisces guy is very important then you need to compromise and not see your bestie as often as you used to do. Cut back on the constant contact thing as well while letting your Pisces guy know how much he means to you.

The Pisces men are high maintenance and have high expectations of their partner. They’re so sensitive that there is much that can upset a Pisces man’s world. Too  much attention given elsewhere will make him jealous.

When the Pisces man falls deeply in love, he expects that his woman is going to be his best friend therefore he’s hers. If that is not the case and you have someone else who is your best friend, he’s going to take issue.

It may not happen at first but over time he’ll start to develop a distaste for anyone who takes away any of your attention or time. He thinks HE should be your best friend, not anyone else.

It’s almost like he expects your outer world to stop once he’s in it. You can have friends but don’t expect to be really close to anyone else but him. If you do, he won’t get why you would act this way. Don’t you love him?

This is how his mind frame operates. Being around friends is cool and especially if you have them hanging out with him as well. However, if you insist on going to do things with them regularly, he’s going to develop feelings about this.

He wants to be the one that fills the majority of your time. When that doesn’t happen, he starts to question himself and whether or not he’s good enough for you which leads to maybe you’re not good enough for him.

His emotions swing from left to right very quickly and truly whatever else he has going on in his life at that time will impact how he acts or if he decides to go within and become very quiet or withdrawn.

In the event that you make a new friend that you’re excited about or you’re talking about an old friend, if you bring up their name too much, he will get jealous.

He’s going to think that if you love them so much and adore them then maybe you should be with them instead of him. It’s not right to think this way but again, he’s offended or possibly hurt that there is someone you care for that deeply.

The ironic thing is that while he’s judging you for having close friendships, he likely has one or two himself that he wouldn’t give up for anyone no matter what. Yet he doesn’t understand you.

He may try to retaliate and meet a new woman whom is his “friend”. He’ll start talking about her a bunch and make you feel as though there is something more going on than friendship.

The problem is, he is purposefully trying to hurt you and make you jealous whereas you were not intending to do that to him at all. Be mindful if you really love your Pisces man.

Try not to talk about the excitement you feel about a certain friendship or connection. Even talking about co-workers too much may set him off and make him think you’ve got a thing for someone you work with.

I really don’t recommend doing this but if you want to see early on if he is the jealous type, you can try mentioning someone or flirting with someone else to see what he does.

He will either give you a reaction which helps you figure out what he feels for you and how deeply. However, you may also piss him off and he may drop you like a hot cake.

It’s a risk you have to figure out if you’re willing to take. If you are then by all means test his feelings and see if he feels deeply or if he’s not as attached as you thought.

If he feels threatened or that you’re not serious about him, he may turn face and decide that you’re not the one because after all, why would you flirt with someone else if you care for him?

Remember that Pisces man doesn’t think like other men. He’s very delicate and sensitive. Be careful!

If you’re ready to understand is your Pisces man jealous click here to learn more about Pisces Man Secrets.

2 thoughts on “Is Your Pisces Man Jealous of Your Friends? This Is the Reason”