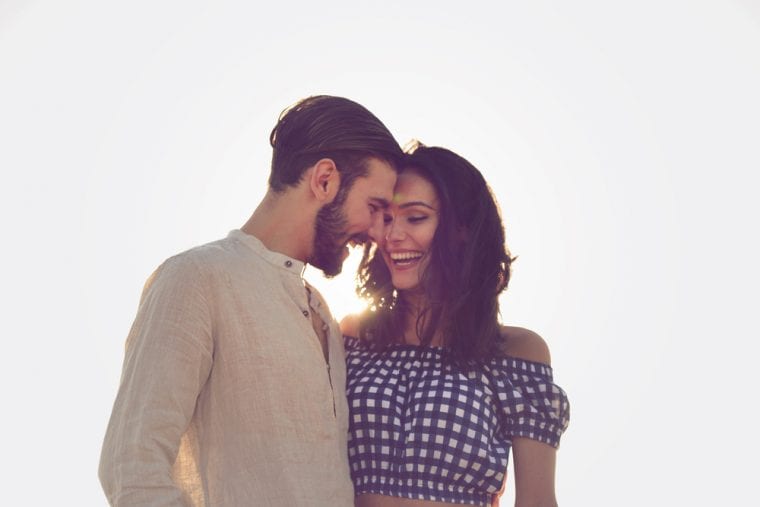 How to impress a Pisces Man – 4 Easy Ways To Win Him Over!

Are you trying to get a beautiful Pisces man’s attention? How can you lure him to you? Keep reading for some very enlightening tips on what you want to do in order to get and maintain a Pisces man’s focus.

Be Very Generous and Kind

The Pisces man is normally very generous himself and has a huge heart. That being said; he’s looking for a woman that is much like him. He’s looking for his “other half”.

The Pisces man wants his soul mate and so you’ve got to show him who you truly are. Be very sweet, generous, loving, and attentive with him and you’ll capture his heart in no time.

In the case where you’re only friends or you’re watching him from afar; you’ve got to try initiating conversation that will lead to you talking about what your passion is in life and how much you love helping.

I know it may sound silly but basically you need to show him that you’re a really amazing person on the inside and out. If you aren’t then you’re acting and he’ll see right through you.

If you’re not these things then you probably shouldn’t get together with a Pisces. He’s highly intuitive and sometimes psychic. This means he’ll figure out who you are with a little time.

Don’t ever try to con your Pisces guy or get him to believe you’re something that you are not. I mentioned him being intuitive; this means he will know if you’re being genuine or not.

Show him who you really are. While you may have some flaws like everyone else; you’ll see that he’s a person who can see straight through to your heart. That’s where honesty or dishonesty is located.

Trust that a Pisces man will see straight through to your heart so you might as well be honest with him with anything he asks of you. Even if you’re afraid he may not like it; it’s best to be upfront than to lie about it.

Trust me; you want to build something based on honesty; not based on a lie. That’s how a strong relationship gets built and maintained. If you’re trying to lure him in as a partner; show him who you are from the inside. He wants to see it.

The Pisces man himself is very dreamy. His head is always in the clouds and sometimes more often than not. He wants a woman he can dream with. Tell him what your dreams and/or goals are.

If you’re an artist or musician; he’s going to love being around you. If you do play music; play some for him! He’ll eat it up like candy. If you are a proficient artist; he’ll love seeing your paintings, drawings, etc.

Naturally if you’re fantasizing about what you’d like to do with your creative talents; he’ll want to hear all about it. It excites him and makes him feel alive with his own life.

He does want a partner who can dream with him. It will make him want to open up and tell you all about his own dreams, creativity, or endeavors going forward in his life.

Open up and talk to him about everything you love and everything you want. He’ll be totally gracious and happy that you felt he was someone you could do this with which may make him want to get to know you more.

Be “All In” With Him

Even if you’re only friends with him; you’re going to have to show him that you are absolutely in his corner. When he sees that you are; there is more of a chance he’ll want more.

He doesn’t want a woman who is half assed in and only there for him in certain situations. He also wants a woman who is his soul mate in every way. If you’re not ready for a relationship; don’t bother with him.

Seriously, he only wants a woman who is ready to be serious. While he may entertain a one night stand; he typically won’t do this as a regular practice as he’s too busy looking for “the one”.

He won’t go “all in” unless the woman he’s interested in shows him that she will do the very same for him. If you’re ready for a full relationship that can be built into the long term; then by all means; show him and let him see it.

Be very kind, get along with his friends, show manners to his family, and just be very sweet. He wants a beautiful queen at his side that he can be proud of. He wants to be closer than anyone else has ever been to you.

When you let him in emotionally, your vulnerability makes him fall for you. Be careful though as there are some Pisces men that may not be ready to be serious thus they tell you everything you want to hear to get in your pants.

They may actually even believe they are in love but when it comes to down to it; they figure out that they’re not in love and only in it for the sex. I cannot guarantee that every Pisces man will be one way or the other.

While you’re getting to know him; let your guard down but still watch out for any red flags. He shouldn’t want to dive into bed with you right away and you shouldn’t want him to either.

A Pisces man who wants to get to know you and be with you will wait with the sex because he isn’t trying to take advantage. That’s how you can tell the difference between the Pisces who is playing and the Pisces who wants real love.

Pay attention to everything he says and does. I think you’ll be able to tell which is which and can go from there. Be positive and kind. You’ll win the right Pisces!

If you’re ready to learn how to impress a Pisces man click here to learn more about Pisces Man Secrets.