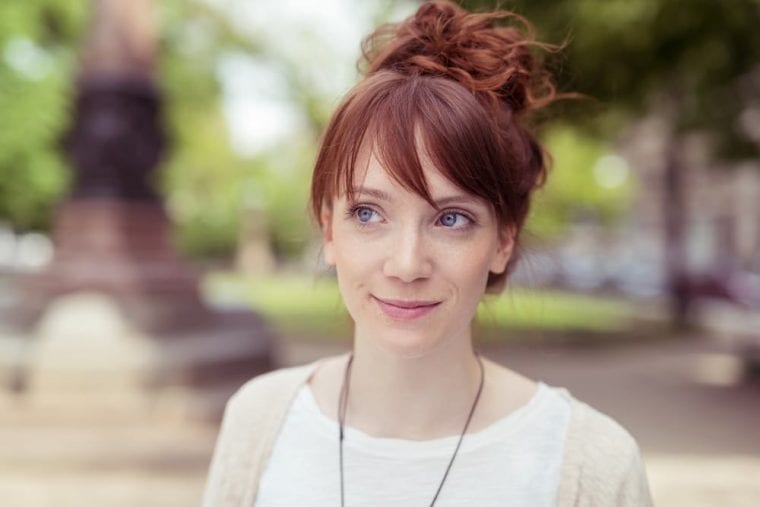 5 Signs That Your Pisces Ex Does NOT Want You Back

Sometimes, the hardest thing about a breakup is wondering if you’ll ever get back together. Many of us, admittedly, carry a torch for our exes, wishing for happy times to return. However, this can be a real waste of time if our ex doesn’t feel the same, right? These are the signs that your Pisces ex doesn’t want you back.

Aching over your Pisces ex? Missing those dreamy eyes and romantic gestures? Hoping for him to turn around and save you from your misery?

It’s painful, I know. As a relationship astrologer, one of the most common questions I get is: “Will my ex and I get back together?” One thing I know is that breakups happen for a reason, and we often cling to the past not because of the person, but because of the memories.

However, all too often, we idealize our exes and make them into someone that they’re not. This may be the case with your Pisces ex. For example, do you remember his lack of commitment? Inability to take responsibility? His avoidance of difficult feelings? His tendency to escape?

All relationships have their good and bad points, and your challenge is to remember what broke you up in the first place.

But, if you are still holding on – which is totally normal – here are some signs he does want you, and signs that he’s not coming back.

How to Tell If a Pisces Man DOES Still Want You

He’ll Commit to You

This is one of the most non-committal signs of the Zodiac. Pisces men often simply feel trapped by any kind of responsibility. This includes long-term relationships!

But, if he really, really loves you, he’ll put his fears aside and commit to you wholeheartedly. He will still need those moments of escape, but for the most part, he’s right there with you, side by side.

He may “break up” with you once, but he never really wavered in his commitment.

He Wants to Rescue You

Pisces men love to rescue and be rescued. This makes them slightly co-dependent.

It’s not always healthy, but it can show their compassionate side. If he’s trying to save you from yourself and your destructive tendencies, it means he really loves you.

On the flip side, if he’s ending things to save you from him, he still cares.

He Makes Sacrifices for You

The Pisces man shows his love for you by making many sacrifices for you. This may mean moving cross-country, agreeing to moving in together, sacrificing his free time for you, or other small things.

When he’s going out of his way for you, it’s a sure-fire sign of true love!

Think back to just before the breakup—was he still sacrificing for you until the end? If so, he still wants you.

Pisces men tend to put their partners on a pedestal—to the point that they worship the ground you walk on! When your Pisces man has you at the center of his world and thinks of you as a Goddess, you know that he’s deeply in love with you!

When you broke up, did he get nasty or indifferent? Or did he continue to treat you with respect and reverence? If the latter, he’s still in this.

5 Signs That a Pisces Man Does NOT Want You Back

1. He Ghosts or Ignores You

Here’s the thing – Pisces men are the kings of ghosting. They are remarkably good at going off-grid and can disappear for days, weeks, even months!

If a Pisces man is ghosting you, or ignoring you, this is a very sure sign that he doesn’t want you back. He’s taking time away from you to heal his hurt and not have to face the pain of loss.

This may seem very cowardly to you, but remember that everyone deals with loss differently.

2. He’s with Someone New

Pisces men do have the tendency to drift from one relationship into the next. And every relationship is serious—every partner is a potential soulmate. This may hurt, but it’ll help you to move on.

If you hear he is with someone new, there’s very little use in trying to get him back. He may be unfaithful if you do, and that won’t feel good for either of you.

Maintain your dignity, and start dating again, or just be with yourself and deal naturally with your grief.

3. He Doesn’t Want To Talk About It

Pisces men are avoidant. If he’s truly finished, he won’t want to talk about your relationship, and he certainly is not one of those people who want closure.

Pisces men tend to close the door using their rich imagination. In fact, what he tells himself might be very far from the truth. Again, this is his way of dealing with pain — Pisces men have such high sensitivity that they seldom are able to deal with difficult emotions.

If he has checked out to the point he doesn’t want to talk at all about your relationship, it’s best if you just move on.

4. He Creates Boundaries Where There Never Were Any

When you’re dating a Pisces man, or married to one, there are no boundaries at all. You become totally one to the point where you may suspect him of being co-dependent. Pisces men love that feeling of being merged with their partners.

If he’s creating boundaries now, you know it’s over. For example, if he’s not ghosting you but he is saying “no” to your requests for communication or face-to-face contact, he’s done with the relationship.

That doesn’t mean he’s learned the lesson of boundaries. It means it’s over.

Read next: 7 Tips to Move on From a Breakup with a Pisces Man

5. He Moves Away or Changes Jobs

This is an extreme sign but a common one nonetheless. If a Pisces man goes as far as to make a major life change to distance himself from you, you can be sure that he won’t come back.

This will only be done in the most extreme of cases.

What’s extreme? It’s when the relationship itself was very long, if you were married, for example, or if things got so messy and toxic that one or both of you cannot entertain the idea of even running into each other.

Pisces men cope often by total escape. For him, this may mean a physical escape, which is dramatic but makes sense for him.

As painful as they may be, these are the top five signs that your Pisces man is not going to get back together with you.

However, there may be some blurred lines, and you might find with a Pisces man that there are moments of reconnection. Pisces men also can find it hard to let go, and because their boundaries are weak, they can push yours, too.

Do your best to hold strong, and only get back together if there is work being done, such as therapy or changed action.

Have you ended things with a Pisces man before? Was it a clean break? When did you know he wasn’t coming back? Feel free to share your story here, anonymously. Click here for more details on him!