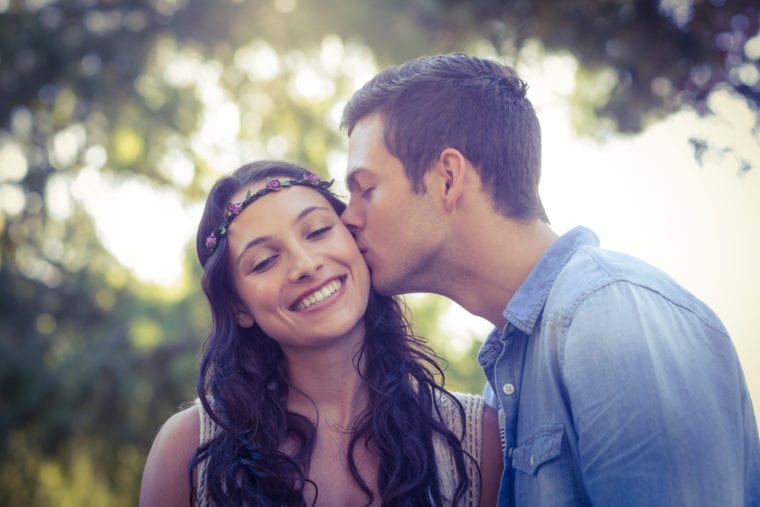 It’s no secret that the Pisces man is quite attractive and easily draws women to him. He’s irresistible, sexy, and someone you want to be intimate with. If you’re trying to get a Pisces man to be lured into your bed, there are some guidelines you will need to follow. Keep reading for rules to help you as to how to seduce a Pisces man.

Pisces man wants to get to know who you are and how you operate. He wants to be intimate with your soul. I’m not saying he never has one night stands or flings. He does but it still involves soul to soul contact for him.

Your best bet when you’re trying to seduce the Pisces man is to be friends with him first so that he sees your kindness, your heart, and what energy your soul vibrates. When you connect with him, he’ll feel exactly who you are without words.

Get to know him, talk to him about his desires for this life, day dream with him. Tell him what your goals or plans are for the future or what you’d like to try to have fun.

When you open up to him about what you dream about, he’ll feel comfortable enough to do the very same thing. This is one of the ways he connects with someone. This is a perfect start for getting on track and in the heart or bed of the Pisces man.

2. Be Bold, Successful, and Brilliant!

Don’t be afraid to share with him your success in life. Tell him what all you’ve learned and where you think it may lead you. This part of the dreaming process but it also shows him your drive and will power for accomplishing your goals.

The Pisces man wants to find a woman who will be able to inspire him to start taking steps toward his own dreams or ideas in life. He’s optimistic but he isn’t often grounded enough to do what he should when he should.

He gets insecure about his ideas or possible dreams therefore he puts it off or he tries other things in its place. He’s indecisive as well which makes him procrastinate doing what he should.

Being around a woman who is independent and able to actually achieve her desires in life will be someone he will be appreciative of. It helps him balance himself out and give him the push in the right direction.

Open up to him and show him that you’re a woman of many talents and that you’re absolutely brilliant with your own ideas or plans for your own future. He’ll be turned on by all your ability.

The Pisces man is attracted to beauty. Not just the surface though. While you definitely want to be clean and neat in your appearance, you also want to be confident in what you’re wearing.

You could wear jeans and a nice top and he’ll think you’re the sexiest woman alive because your “inner” beauty and confidence is shining through. Have the right attitude with what you wear.

Try to wear a top that is somewhat low cut and a bra that lifts your breasts up and makes them stand out without being out. He’ll appreciate the view and will definitely make him want to explore a bit more.

Tight jeans are nice as well as many Pisces men appreciate a woman’s full form. Just remember, confidence is key! He has to feel that you feel sexy or beautiful for him to believe that’s who you are otherwise he’ll think you’re a fraud.

4. Feedback of the Best Kind

Pisces man wants to know that you’re into him and so you’re going to have to do exactly that. Let him know you are interested in getting to know him better. This will work for both getting him into bed and trying to have a relationship as well.

Pisces men are drawn to women who are not afraid to go for what they want and he’ll appreciate knowing he’s not wasting his time on someone who isn’t into him. Even if you just want to have sex with him, he’ll be happy about the honesty.

Flirt with him, show him that you’re attracted to him, look into his eyes, graze your hand over his arm, shoulder or hand when you talk to him. You can even put your hand on his leg when you talk or are laughing at a joke he told.

These physical signs are going to get his attention and if he has interest in you, he will quickly respond by going in for a kiss or reciprocate the touching in some way. Pisces men can be very sexual.

If his feelings dictate that he has a green light with you and feels very drawn to who your soul reflects, he will definitely want to bed you down whether it’s for a relationship or just for fooling around.

5. Trust Your Own Intuition

The Pisces men is one of the most intuitive men out of the zodiac. With him you’ve got to learn to trust your own gut. When you feel it’s time to take flight with him, go for it.

You should also be able to pick up on when he’s attracted to you, when he wants to take things further, or even if he just wants a kiss. If he displays signs of interest then go for it!

If you question it or worry too much then you’re going to miss his signs. Of course if your intuition tells you “it’s not time”, then you probably should trust that as well. Always listen to your inner voice.

When your inner voice tells you, he wants you so why not let him take you, listen to that too! If you don’t do it, you’ll kick yourself in the rear later for missing out. Pisces men don’t wait for someone too long. Get him while he’s hot!