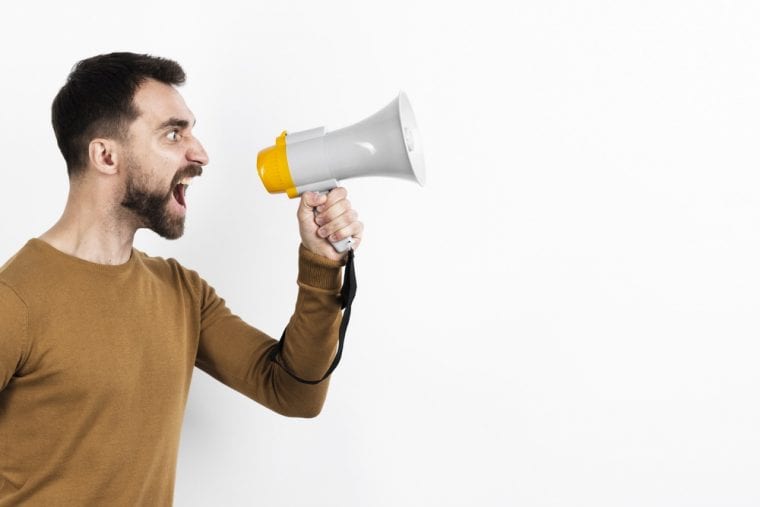 Have you gotten into an argument or done something that has really pissed a sultry Pisces man off? What can you do to ease the tension with the angry Pisces man?

The Pisces man when angry can be rather confusing and hard to read. Pisces when mad is frustrating but it’s nothing you cannot work past. Keep reading to help you get things as under control as you can.

If you have done something or said something that pissed the deeply emotional Pisces man off, you need to apologize for it. You have to be sincere and honest with what you tell him.

You can explain why you did it but be sure that you apologize first because if you don’t he probably won’t want to listen to what your excuse is. So tell him you’re sorry and will work on it to never do it again.

He wants to hear that you were not trying to hurt him or make Pisces man angry, you just needed to let him know how you felt. Tell him you’re going to work at finding other ways to tell him when you’re upset instead of doing it this way.

Take responsibility for what you’ve done or said because if you try to deny it or push it off as someone else’s fault, he will not respect what you’re telling him therefore starts losing respect for you.

Own up to what you did and apologize. Put your big girl panties on and show him that you CAN admit when you’re wrong and that you are sorry for reacting or acting the way you did.

Pisces when mad will be more inclined to listen to you after you’ve done this. He just has to know that you accept responsibility for it and that you ARE actually sorry. Don’t say it though if you don’t mean it, he’ll see right through it. I mentioned you trying to tell him why you did what you did or said what you did but again, it’s time to apologize and THEN explain. Pisces man when angry will for sure want to hear you try to verbalize why you had to go as far as you did.

If your Pisces man was angry at you, after you’ve apologized, he’ll open up and listen to what you have to say for yourself. In the event that you accidentally pissed him off and didn’t actually mean anything, he was just moody; you’ll need to approach that.

It’s not alright for him to take the things the wrong way and expect you to apologize for it. Don’t be afraid to say “I really didn’t mean it the way you took it, what I mean was” and then explain it.

So you’re not really apologizing because why would you if it was him that took what you said the wrong way. This is where you would just tell him what you meant.  Pisces when mad can be moody and take things the wrong way.

When he does, don’t be afraid to call him out on it. Don’t be mean or vengeful though. Be calm and patient with telling him what you meant by what you said so that he actually SEES his own error and then will likely apologize to you for his role.

Communication is always something that is necessary when it comes to Pisces man and what may have pissed him off or what makes him feel good even. Don’t be afraid to open up to him.

Give Him Space And Time

While you may think this means leave him alone entirely, this isn’t totally true. What I mean by space and time is that he may be very quiet after you tell him you’re sorry and explain why you said or did what you did.

He has to think it over and process what was just said so he can figure out where he wants to go with it and if it’s something that sits well with his empathy. In other words, he wants to process to figure out if you were truthful or if you were lying.

Pisces men tend to be very perceptive and know if someone isn’t being truthful. Though when he’s really upset, he’ll have a hard time discerning which is which so he’ll stop and get quiet for a while while he thinks it over.

During this time, you can leave the room and go into another or you can stay in the room but don’t bug him to answer you. Perhaps you can watch television, listen to music or do whatever you feel comfortable doing.

Let him think things over in his own quietness. He will eventually talk to you again and he will tell you how he feels about all of it. He’ll also tell you whether or not he believes you.

Your level of honesty will determine whether or not him being angry with you will lead to a break up or if he will forgive you and try to move past this bump in the road.

I wouldn’t let him have too much space for too long though as it could backfire and cause him to think you no longer care so be careful. Try to balance the best you can.

How Long Will A Pisces Man Stay Mad? 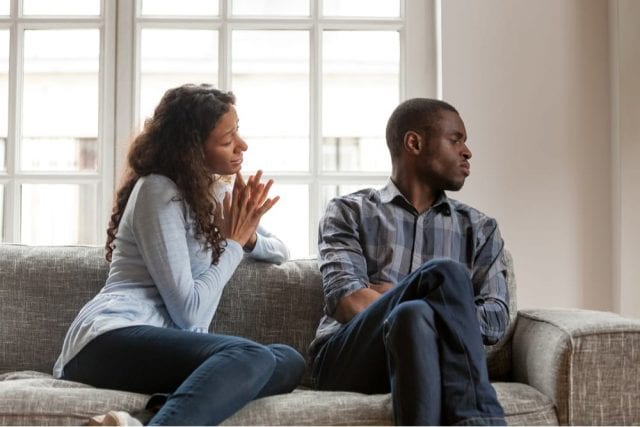 There is no easy way to know how long Pisces man when angry will overcome and calm down. It will more than likely depend on what happened between you and how much you hurt him or ticked him off.

Sometimes he starts out as hurt then he carries it over into anger because he’ll blow it out of proportion and think that you’re awful for hurting someone like him. He’ll take it very personally.

Again, it will be hard to judge how long it might take him to snap out of it and not be an angry Pisces man. You probably have asked others “why is my Pisces man mad at me” or you’ve asked yourself that.

There are numerous reasons he’d be angry. Pisces when mad takes things very hard and their feelings get hurt easily. They live their live by how they feel. This is often why they can become depressed or socially removed.

There are plenty of Pisces men that become somewhat reclusive. So what to do when a Pisces man is mad at you? Well, you’ve got plenty of information in this article to help you break through to him so that he won’t stay mad longer than necessary.

Be patient with him and know that when you make a Pisces man angry, it isn’t always a hopeless situation. If he loves you, he will certainly mull it over and work to forgive you provided he feels you’re truly sorry.

So again, how long will a Pisces man stay mad? It all depends on you and how he feels about what you may have said or done, how quickly you say sorry, and how much you talk to him about what happened.

I personally have experienced a Pisces man mad at me so I completely understand how this all works. It’s not impossible even if it seems really difficult.

Read next: 20 Pros and Cons of Dating a Pisces Man: the Good, the Bad and the Ugly!

The very last thing here is the need for you to listen to him when he finally does start to talk to you again and explains what he feels, what he wants, and what he expects going forward.

He also wants you to learn from the experience so that it’s not repeated again, ever. He wants things to be very different and wants the two of you to grow together rather than apart. Pisces man angry really doesn’t appreciate the emotion.

This is of course pending on whether or not he wants to actually make it work or if he wants to let it go. If it wasn’t that bad then you’re probably safe but don’t repeat the same mistakes again.

Now that you know that you push his buttons by doing what you did, you can promptly avoid it like a plague so that you don’t anger him again. If he did something that triggered you in the first place, you should probably let him know what he did.

It takes some great communication to make it work but you can do it. Say you’re sorry, tell him why, and then move forward. Click here for more details on him.

Something cool to share with you… Handsome Star Wars actor, John Boyega is a Pisces man. He’s a deep guy for sure.

Did you figure out how to soothe your angry Pisces man? I’d love to hear what you did to get him to calm down. Tell me all about it!

How To Attract A Pisces Man In April 2021

The Pisces Man’s Favorite Body Parts (How To Turn Him On!)

Should You Trust A Pisces Man Or Not? Here’s How To Tell