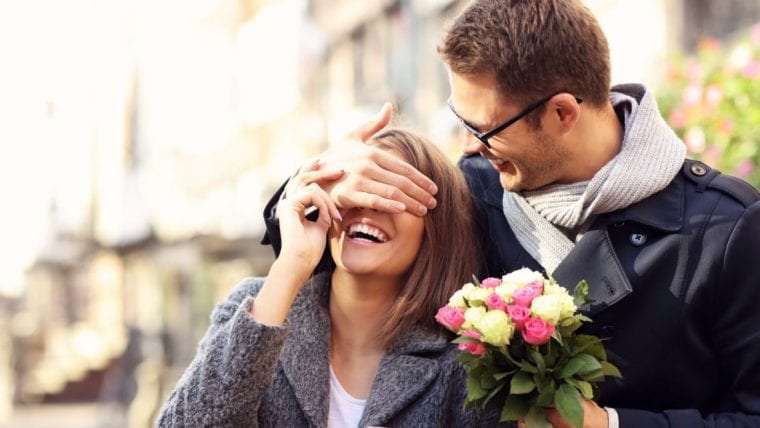 Looking for ways to get that elusive and mysterious Pisces guy to ask you out on a date? It shouldn’t be too tough—these guys are romantic at heart and will jump at a chance for love! However, they can also have their heads in the clouds, so your task is to gently direct their attention towards you. Here’s how…

No matter how independent you are, it’s lovely to have a man chase you, to desire you, to want you. Sometimes, we just don’t want to make that first move—and staying in our feminine energy in that way occasionally can feel empowering.

And the truth is, in my experience as a relationship astrologer, many men like to be the ones taking charge. Pisces men are a little different. They are among the more feminine signs, and they won’t mind if a woman makes that first move.

They also can be so in touch with their sensitive side that they simply don’t know to pursue you or that you are interested in them. That’s when a little astrological help is in order.

Here are a few ways to make a Pisces man more inclined to ask you out on that date you are dreaming of.

Firstly, he has to know that you’re actually interested. Pisces men are usually very intuitive, so they tend to pick up on your vibes. But sometimes they don’t, being so wrapped up in their own fantasy worlds.

So, if you want him to make a move, let him know you wouldn’t say no! That you would be totally open to dating.

Drop hints, tell him about places you’d like to visit, and activities you’d like to do. Don’t put major pressure on, as Pisces men cannot handle pressure, but just suggest it in a friendly way.

He should catch on quite quickly!

2. Find a Way to Emotionally Connect 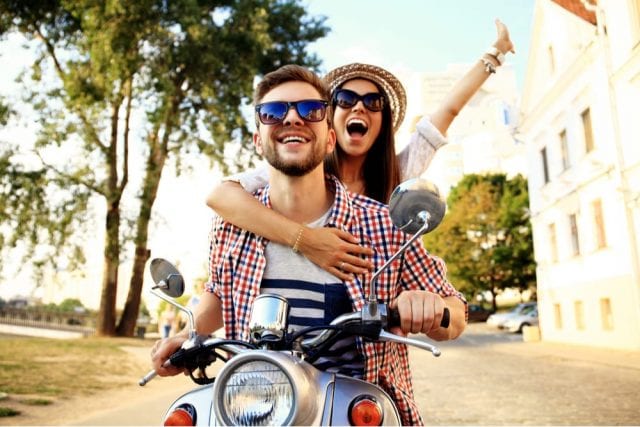 In order to really get into the heart and soul of a Pisces man, you need to connect emotionally with him.

Emotionally connecting will make him feel safe and close to you, and the closer he feels, the more likely he is to want to take that a bit further!

Besides, how often do you get a guy who actually wants to open up emotionally? This is your chance to nab your dream fella!

3. Drop In on a Yoga Class or Surf Session

Sharing activities brings people closer—there’s nothing like a shared experience to create connection.

It’s very likely that your sensitive, water-loving Pisces guy does yoga or spends time surfing or bodyboarding. With just a little bit of investigation, you can find out his interests and make a sneaky plan to just “accidentally” drop in on a session.

Maybe you’ll “bump into him” at his yoga studio, or in the sea. Is this creepy? No, of course not. Unless it becomes stalker behavior, of course.

Just be honest about it—tell him you know he’s interested in the activity and wanted to join him. This could be a sweet story about your initiative that you might come to tell your children later!

4. Send Him a Poem or Inspirational Quotes

Pisces is a sign that often loves poetry. He’s emotional, after all, and he usually has his own poetic side that most people don’t know about.

If you’re chatting via text or any digital method, a sweet thing to do that may get him to ask you out is sending a poem that has touched your heart. It doesn’t have to be too mushy, but it can be—these guys aren’t the types to laugh at you or make you feel bad for sharing your feelings!

If you’re not ready to share a poem, then simply try out an inspirational quote, or a spiritual mantra—something that has a bit of meaning and depth.

Pisces men are all about enjoying these sorts of things, and it’s good way for them to communicate in general. He’ll love that you’re on the same page.

5. Find Out His Spiritual Interests

Many Pisces men can be very spiritual. They may have traveled extensively to interesting places that are sacred in some way, or perhaps they’re into a specific form of meditation.

Explore with him if he’s done yoga or if he meditates, and see how far he’s gone. Share some of your own experiences. It’ll definitely get the wheels turning in his head and help him to see that you are someone he could be compatible with.

That date he asks you on may even have this component woven into it. 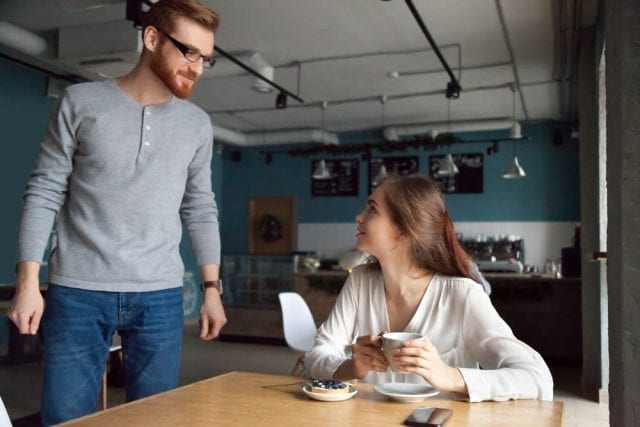 Most Pisces men enjoy drinking. He enjoys a little escape, and he won’t often turn down a glass of wine or a delicious microbrew.

One way to get him to ask you out is to simply drop a hint about having a casual drink. Mention your favorite watering hole, and see if he takes the bait!

This is usually a fool-proof way to get him out the door and hanging out with you.

Plus, this feels pressure-free, which is what the Pisces is looking for, anyway!

Read next: Pisces Man Hot as Lava then Cold as an Ice Cube: Why and What To Do

Pisces men live for their music. They are often musical themselves and may play an instrument (or three!).

They use music as a way to release and process their strong feelings, which they often can’t express in words.

Sharing your playlists on Spotify or some other platform is a fantastic way to get him interested in you and potentially find common ground.

He loves discovering new music, and he loves a woman who likes music and is willing to share it.

For many Pisces men, this is the very first step in starting any romantic relationship. Remember those boys who made mixtapes for you at school? That’s your Pisces guy!

Are you crazy about a Pisces? Have you tried to get his attention? I’d love to hear from you in the anonymous comments!

Find out more about how the elusive Pisces man works here: