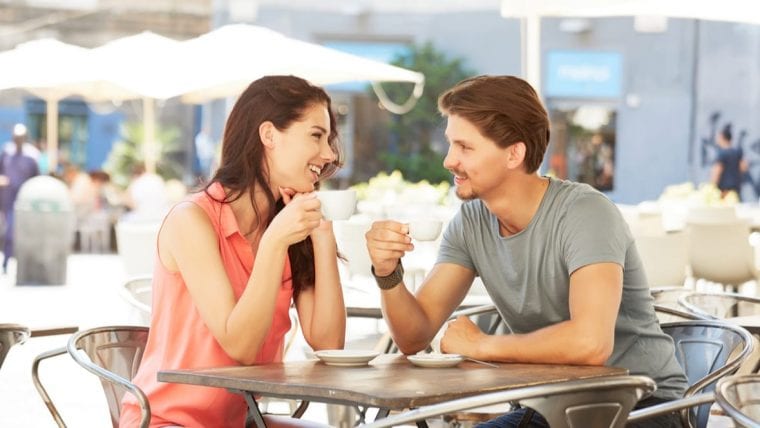 Pisces men can be hard to decipher sometimes. This is especially hard when you’re not sure if they’re really into you or just want you “for now.”

Pisces men can be very mysterious. Fortunately, you don’t have to spend sleepless nights worrying if your Pisces man is really into you!

The most effective way of figuring out a Pisces man’s true feelings is to carefully observe his body language and conversation. Sometimes these guys may not explicitly tell you that they love you, but there are ways to discover their true feelings.

By operating without astrological knowledge of their Pisces men, many of my clients do things that scare their men away from them. Thankfully, with the foundation of basic astrology and keen eyes, you can get yourself out of oblivion!

Men always give certain signals when they are in love with a woman. These signals hide in their body language and unspoken words. They hide in the seemingly meaningless things that they say and do. So it’s understandable that most women miss these important signs.

The key to knowing how a Pisces man feels about you is to be extremely observant. They may not say the words you want to hear, but if you can take your mind off your expectations, you’ll see those signs.

To help you in your quest, I have listed a few time-tested signs that show that a Pisces man is in love with you and ready to commit to you.

Even if you’re already in a relationship with a Pisces man, the tips below will help you turn his focus back to you and reignite his passion.

1. He Tells You He Loves You

Pisces men are very sensitive and emotional. When they fall in love, they fall completely. They easily get so immersed in their emotions that they can’t help but express their feelings—and unlike some signs, Pisces men won’t say it unless they do mean it.

Pisces men love the way they feel when they’re in love, and that’s one of the things that makes them very passionate lovers. When a Pisces man is truly in love with you, he won’t try to hide it.

He’ll be very romantic and generous with his declarations of love. He’ll make you feel like you’re the only woman in the world. He won’t be afraid of showing you affection in public.

He’ll create beautiful and elaborate romantic events for both of you. From a romantic night under the stars, candlelight dinners, to passionate sleepovers, Pisces men will go all out for the woman they truly love.

Many men are not good with talking about their feelings, and this is quite true of Pisces men. However, because of how intense their emotions are when they fall in love, they’ll want to tell you exactly how they feel.

Pisces men invest a lot of emotion in their relationships. They usually like to keep their true feelings under wraps until the timing is right.

When a Pisces man is deeply in love with you, he’ll tell you his feelings in the most unexpected situations. If you crave a deep, overwhelming connection with your man, you’ll find this romantic.

Pisces men are ruled by Neptune, which gives them a strong affinity for film, photography, and the arts.

Neptune creates desires for illusion and fantasy. It also induces desire and longing.

Your Pisces man will likely be very interested in film and art. Chances are he’ll love to watch great movies and have a significant interest in Hollywood. If he’s suddenly trying to get you to watch his favorite films or making you playlists of his favorite songs, he’s starting to see you as his future.

4. He Wants to Know Everything About You 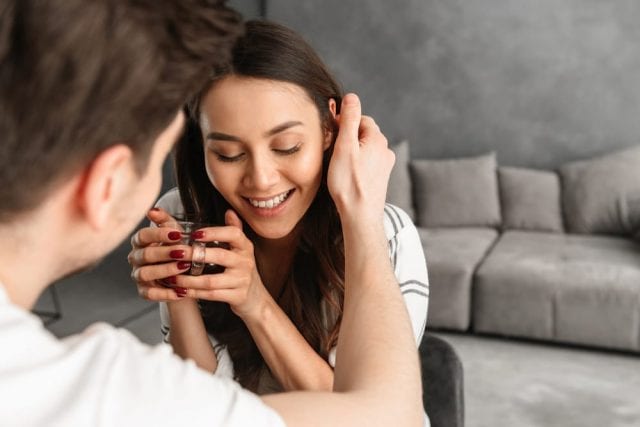 One peculiar trait of Pisces men is that they have very fluid boundaries in their relationships. They often want to merge their feelings with those of their partners, and they want to connect very deeply.

While this can be romantic, it can also be very overwhelming, especially when it’s a new relationship and both parties are just getting to know each other.

When a Pisces man loves you and sees you as a keeper, he’ll want to know everything about you. He’ll ask you questions about your upbringing, your family, your spiritual beliefs, your fears, and your deepest secrets.

A Pisces man in love has a hypnotic effect on women. He’ll love to engulf you in a sea of emotions as he discovers things about you. Don’t ruin this process by building walls of resistance. Just allow him to love you the way he needs to.

5. He Shares His Hopes and Dreams With You

Pisces men are dreamers. They are visionary men who have vivid imaginations.

If a Pisces man truly loves you and wants to be with you for the long haul, he’ll want to tell you about his deepest ambitions, no matter how far-fetched they might be.

For him, this is a way of bonding with you. He’ll want to know your dreams and deepest desires as well.

Pisces men love to chase their goals with the person they love by their side. When he loves you, he’ll want to help you live your dreams. Starting a life-long journey with a Pisces man can be very rewarding and inspiring.

Read next: 7 Questions to Make a Pisces Man Fall in Love With You

In the delicate game of love, you can’t afford to be naive or rely on declarations alone. Your mind and eyes have to be sharp and active. You need to smartly fish out those signals from where he hides them—and that means paying attention to all the signs he’s giving you.

Have you ever experienced the above signs with Pisces man? I’d love to hear your story or questions in the comments. You’ll remain anonymous!