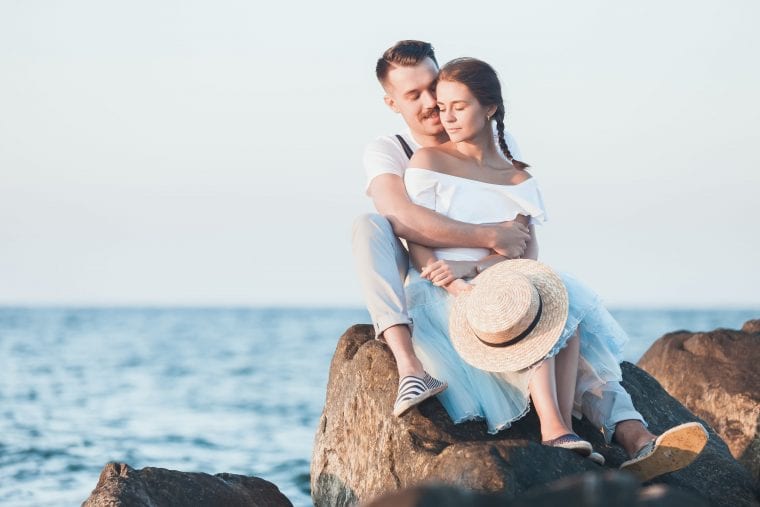 Pisces Men are as elusive and slippery as fish—just as their symbol suggests! To get him to stick around—and maybe even fall in love—asking the right questions can be invaluable. Read on for the top questions that melt his heart.

Pisces men—you either love them or hate them! They’re gentle, sweet and oh-so-charming, but they can be hard to pin down. Here one day and gone the next, I like to say, with their magnetic sensitivity often leaving quite an impression!

However, the Pisces man falls in love easily. He has such a huge capacity for devotion that it just takes a little effort to get him to go gaga for you! And, when armed with just the right questions designed to help him open up about his feelings (usually so close to the surface but hard for him to show), you’ll leave him wanting much more of you!

Pisces men are all about romance, creativity, and devotion. They are as adaptable as a chameleon, but there are a few core character traits that define these ethereal guys. And when you tap into these characteristics, you’ll soon see that there are some things that they all have in common!

I’ve worked with countless ladies hoping to win the heart of a Pisces man. Here are the top seven topics of conversation—in my experience as a relationship astrologer—that can bring the two of you that much closer:

1. Ask Him About What Music He Loves 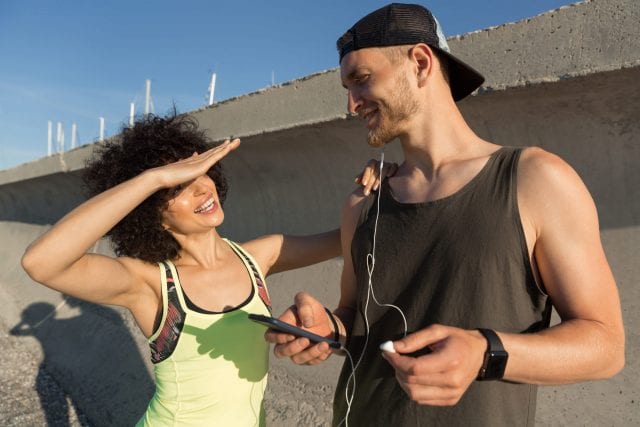 Pisces is well-known as the most musical of all the signs. He is often a musician himself, or he may just have a collection to rival the most avid audiophiles out there.

Music helps the Pisces guy to deal with uncomfortable feelings that he seldom expresses or deals with verbally.

When you’re with a Pisces guy, take the time to ask him about his favorite band or style of music. Go even further and ask him if he plays an instrument and if he’d be keen to teach you (wink, wink!). Volunteer to listen to his latest songs or albums, or exchange Spotify profiles.

He will definitely come back for more!

2. Ask Him What He Believes In 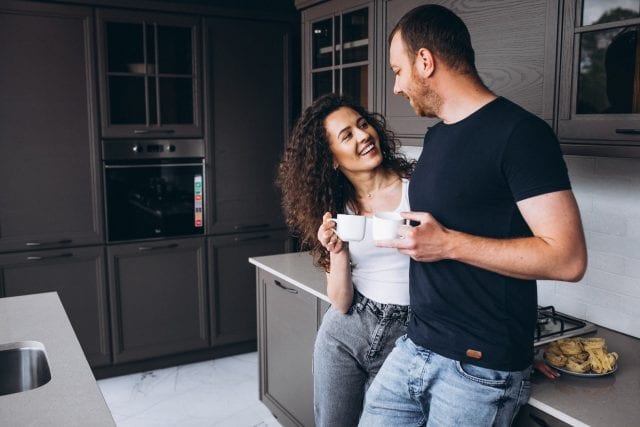 This is one spiritual sign! Most Pisces people have some kind of faith or at least a belief in something bigger than them, even if it’s as simple (and as profound) as nature or the ocean (which he loves, by the way!).

Offer some of your own insights and beliefs if you’re a spiritual gal. This is a man that you can freely talk to about yoga, meditation, reiki, or any other “new-age” modality you’ve explored. He will just love the closeness that comes from sharing a belief together or learning about yours.

He may even have very strong Christian beliefs or be invested in another mainstream religion. Any faith that emphasizes love at the center, as well as forgiveness and being rescued, will be appealing to this sensitive soul.

3. Ask Him Where He Wants to Travel

In traditional Astrology, Jupiter, planet of travel, was the ruler of Pisces. He still has some say over this expansive sign, and you’ll often find that Pisces men are born for a life of travel!

Pisces men are born travelers. They may even combine two loves—such as surfing and music—with traveling, which is basically their perfect life.

Ask him where he’s gone—and where he wants to go. Maybe you’ll find that you share a yearning to go to the same place, or that you could open each other’s minds to new possibilities.

This is a win-win if you’re someone that also loves to hit the road and see new places!

4. Ask Him About His Dreams 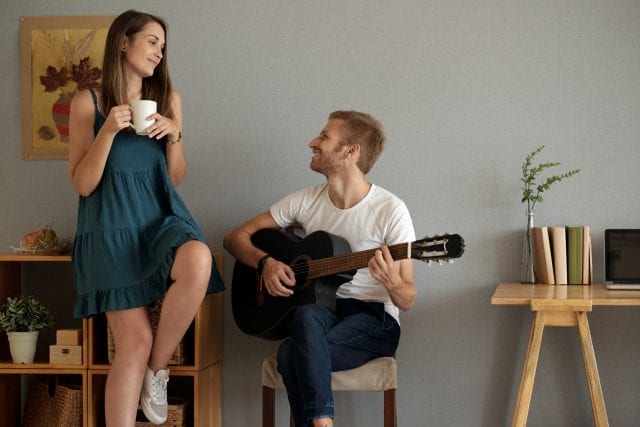 Pisces is an ultra-dreamy sign—not just in looks, but also in his character!

He loves to fantasize about the future, and many Pisces men are visionaries—sometimes to the point of being preternaturally intuitive!

Whether you’re hanging out or chatting via text, take a moment to ask him what his dreams, wishes, and hopes are for the future. Where does he see himself or the world going, and what is his greatest dream in life?

He’ll love that you are interested in something so close to his heart, and he may get quite poetic! It’s easy to be swept away by him, just as he will be by you!

5. Ask Him What (or Where) His Favorite Escape Is 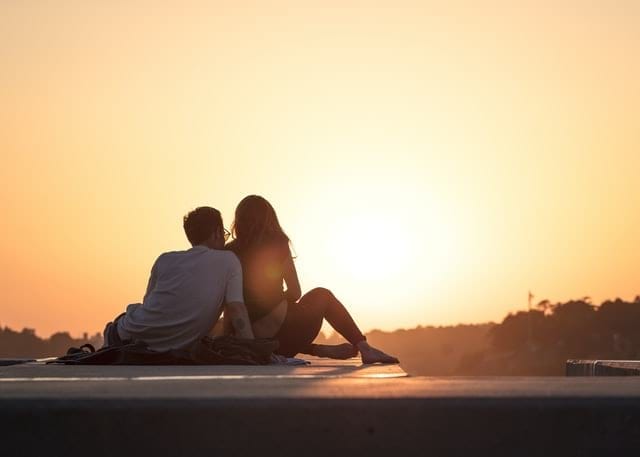 Pisces is a sign that craves escape from the mundane.

Some of these escapes can be unhealthy—such as too much boozing or even drug abuse. If that’s the case, stay away, ladies. He can be toxic when he’s not conscious of his bad habits.

But, if you can see that’s not an issue for him, ask him what his favorite healthy escapes are. Maybe it’s nature, music, gaming (a favorite amongst Pisces men!), getting creative, surfing, or reading.

He’ll definitely have at least one way to switch off, and he’ll be eager to share it with you so that you can share his treasured experiences with him and escape together.

6. Ask Him About His Past

This is one sign that’s not afraid to talk about his past. In fact, he embraces it as part of who is he and what he’s learned from it.

Pisces men are often able to recall the past in great detail. You’ll be spellbound by his storytelling, and in the process, you’ll find out that much more about him.

And he’ll certainly want to know about you, too—it’s a perfect path to bonding.

Read next: 7 Pisces Man Traits That Will Help You Understand His Behavior

Because Pisces is a water sign, they’re all about emotions and feelings. However, Pisces men—and women—often either avoid difficult emotions or drown in them. When he’s sad, he’s deeply sad, and when he’s happy, he’s ecstatic!

This man can be moody. Sometimes, he’s not even aware of his feelings. Asking him how he’s doing on a regular basis in a gentle, empathetic way can bring him so much closer to you and fast-track the two of you to a deep trust.

Sharing feelings together will open up new possibilities for vulnerability, which is the basis for any relationship.

And when you’re vulnerable, you’re able to connect more easily—and that often leads to love!

And that, ladies, concludes my list of the best questions to ask a Pisces man to make him fall head over heels in love with you! Offer plenty of your own experiences, too, so that the two of you can grow closer.

Don’t be disheartened if he doesn’t commit or show his feelings right away. Pisces men need to be sure they’re not being suffocated, and only then are they able to trust that love won’t stifle their free spirits.

Take a gentle, non-aggressive approach, and if he’s not ready to answer, let him be. He’ll come back when he is ready, as they often do!

Have you fallen in love with a sweet, romantic, but elusive Pisces man? Do you have any stories to share? Your experiences are so valuable to me and to my readers—and they’ll stay totally anonymous!

If you want to know more about what make these men tick, check out my Pisces Man Secrets: