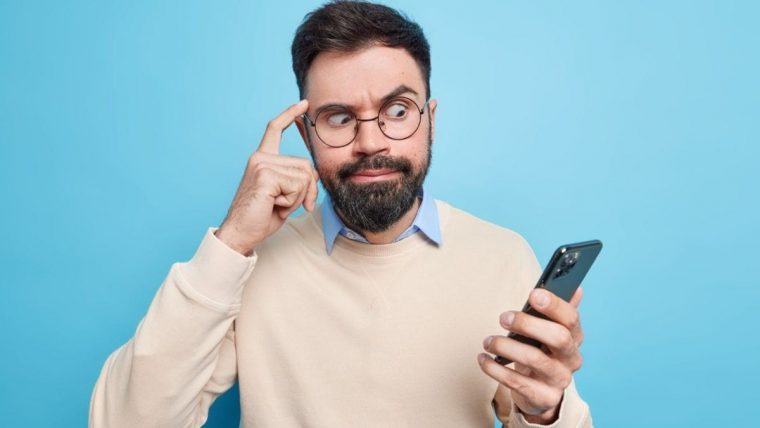 The Pisces man is a sensitive guy and you definitely need to be careful when you text him. Texting can be both a blessing and a curse; and it takes some skill to navigate these little digital messages with the Pisces man.

It’s a delicate operation, but I’m here to help you! Specifically, by telling you some of the most important things that you need to be careful not to do. Keep reading to learn the six mistakes to avoid when texting a Pisces man.

1. Getting Annoyed If He Doesn’t Answer Right Away

The Pisces man isn’t the best at responding quickly. If you see that your message has been unread and hours have gone by, don’t assume the worst or you’ll be making a huge mistake.

Asking him why he’s ignoring you will only agitate the situation and make it worse. And I’m sure you definitely do not want that! The thing is, he’s sometimes all over the place in his mind.

He may have something going on with his job, his family, or anything else that is stressing him out and occupying his mind. Be patient. Just because he doesn’t answer you in the time you expect, doesn’t mean he’s blowing you off.

The Pisces man has to deal with whatever situation he has in front of him, which may mean putting text messages on the back burner for a bit. It’s not forever, I promise! Please don’t stress yourself out worrying about his lack of response.

It doesn’t mean he’s done with you, upset with you, or is with someone else. I know it’s all too easy to go down the worry road when you’re upset that your Pisces guy hasn’t responded.

Just stay calm and wait it out. When he can, he will get back to you and he’ll likely tell you sorry he was so late answering you and explain to you why.

2. Pressing Him For A Commitment 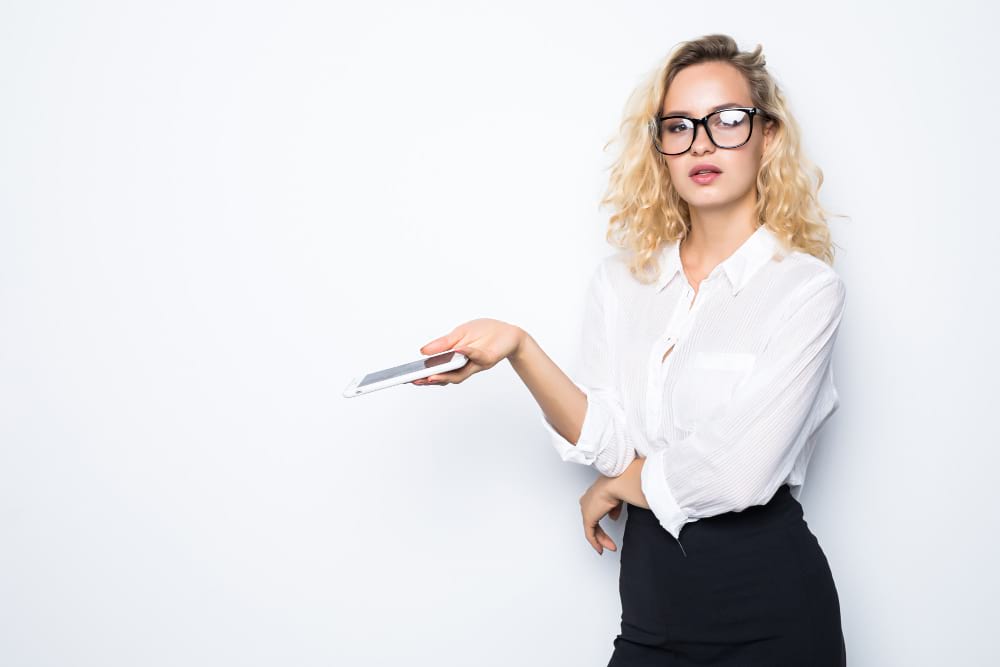 If you’re in the early stages with a Pisces man, you need to shift the gear into easy mode. Do NOT push him or pressure him into something he may not be ready for. By asking this question via text, he will probably blow you off.

I hate to say it, but your Pisces man may be very turned off by this and it would be a surprise if he would want to continue on with you. Whatever texts that try to make him hurry or give you what you want will not go over well (you have been warned!).

A Pisces man feels he has enough on his plate and will not want to text with a woman who is putting the pressure on him.

You have to keep things cool, go with the flow, and try to be patient. You’re not going to win him over by asking him questions he may not be ready to answer. Save that for when you’re in person.

Questions like, “Do you like me or not?” will push him away from you. He figures that you should know if he likes you by the attention that he gives you. Pisces fully invests when he wants to be with you.

Do NOT be clingy with him. If you two haven’t discussed the status of your relationship yet, texting him with this sort of stuff will make him want to drop you.

It’s not worth the risk!

3. Texting Him Out Of Anger

Remember that Pisces men do not like drama. Confronting him via text is a very bad idea. You need to calm down and talk to him via a phone call or in person but texting should be off the table.

Look, I understand very well how frustrating a Pisces man can be, but you will not get through to him by going at him via a text message! This will definitely make him ignore you.

It may also make him consider it to be game over with you. I’m trying to express to you as best that I can that you should never angry text him.

Do your best to think things over and then text him that you would like to talk to him about something.  When he can, he will call you or come over to discuss things.

He will appreciate it so much more when you are mature and calm in your approach with your frustration and concerns. He’ll be so much more willing to talk it through.

4. Accusing Him Of Cheating Or Lying 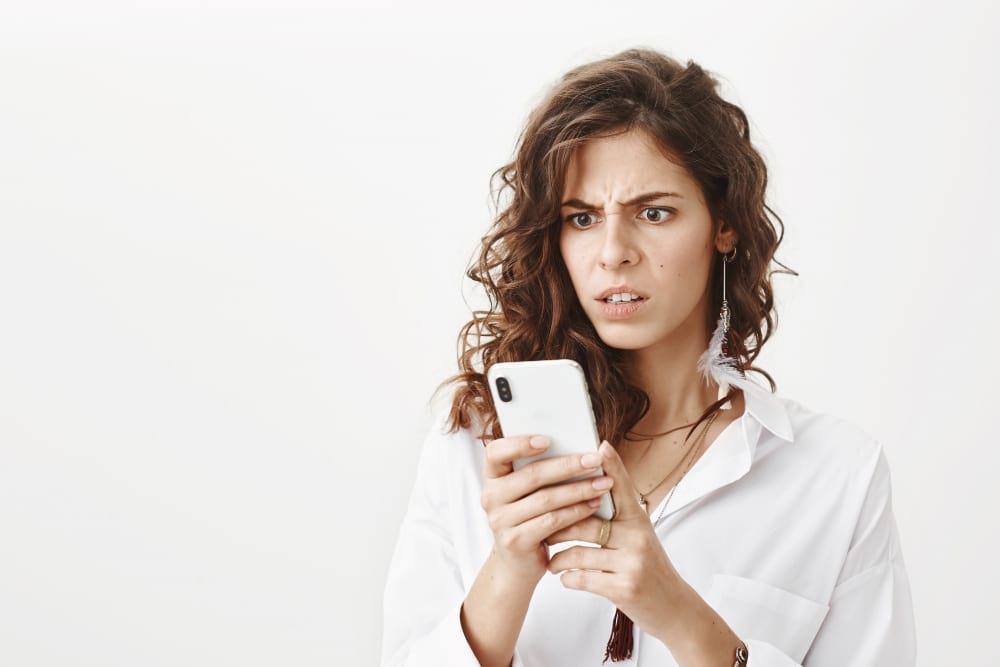 This is yet another huge mistake you don’t want to make. This falls under the category of: calm down, get facts, and talk in person. It’s a serious matter when you start accusing him of things –whether he’s done them or not.

You’ve got to really know what you’re talking about and why. There are healthy ways to deal with this. Going at him with a dramatic text might cause him to break up with you right then and there.

I’m not kidding when I say he will call it quits with you! He doesn’t like being accused of things. It’s better to calmly ask him questions that are eating at you and explain to him why you feel that way.

He will talk to you and tell you the truth if you approach it like a grown woman. Saying something like: “I thought you were supposed to work today but I saw your car at Dan’s house… what happened?”

See how smoothly that can go? Again, I wouldn’t recommend asking him at all via text. It’s better to do it in person because you can actually look at his facial expressions and give each other your full attention.

He may find it harder to lie to you in person as well… so, save it for when you can be with him face to face.

5. Telling Him What To Do

I already mentioned pressuring him and this is really just another form of it. Pisces men hate to be told what to do. They figure they have it handled, thank you very much!

He may not have it together but he has to think he does. Don’t text him and tell him, “get over here right now,” or “call me!”  Things like this tick him off. He’ll keep you waiting.

You’ll only get more agitated and he’ll just put you on hold. Does that sound like a good plan? No, of course it doesn’t!

It’s childish but hey, he doesn’t want you to tell him what to do or how to do it. If he’s due to come pick you up, he knows this and there is a reason he’s not in a hurry.

Try saying something more along the lines of: “hey, I’d love it if you could get here as quick as you can.” Do you see the difference? You’re telling him you’d love it and so it doesn’t seem like you’re being bossy.

There is a really easy way to deal with him but you’ve got to learn how to talk to him so that he won’t shut down, shut you down, or walk away. He’s sensitive.

I’m not saying you should coddle him – you don’t need to bend over backwards with him. I’m simply saying think before you text.

Read next: 7 Things To Know About Dating A Pisces Man

6. Belittling His Feelings Via Text

You may not mean to do this, but if you ever tell him he’s overreacting or he needs to deal with it, he will likely get really upset or angry with you. If you have his back, you wouldn’t say things like this.

If he is upset about something, let him. Don’t belittle him or telling him to get over it. That’s just not a very caring or loving thing to do with a Pisces man.

There is one more thing here. If he tells you what his dreams are, don’t tell him he’ll never get there or his ideas are stupid. He needs a partner to back him up.

A Pisces man needs you to be his security blanket. Again, you don’t need to baby him – you are not his mother. You are his partner and you should treat him kindly.

The best policy is to stop and think for a minute. Is what you’re about to text him something you’d want to hear from him? No! Don’t do it!

Even if you don’t take his dreams or thoughts seriously just stay quiet. He needs to have something to aspire to and feel optimistic about. Let him have that!

He’ll be grateful to you for not knocking him down verbally and making fun of him. He doesn’t like criticism much either so watch it!

Do you best to say inspiring things to him. Be loving, warm, and kind. If you do get upset with him then wait until you are calmed down and have time to think then talk to him in person.

Keep texting for sweet messages and encouragement between the two of you. That’s the way he wants it and that’s how you keep him.

I absolutely hope this helps you avoid some tragic mistakes. Do the right thing and keep your love alive with Pisces man!

Pisces men are tricky to text in some cases because of the ways that they can misread messages.

If the tone is off then they’ll be sent into a tailspin.

However, sugarcoating your texts and being extra sweet is sure to get the point across to the Pisces man.

Pisces men have some abandonment issues at times, so they often will discount someone if they are leaving them on reading. Ensuring that you answer promptly will allow them to feel safe trusting you.

Lastly, you’ll need to be able to open yourself up to being vulnerable with him. He needs an emotional connection to be satisfied in a texting conversation.

Now, as you’ll realize, there are more tips than this that I can give you, but I put the very effective ones away for those that desperately need to know…

What is it that will repel a Pisces man via text?

Being a considerate woman, I know you’re looking to know more about it…

This guide will absolutely change the game when you read it and apply the knowledge.

Click here to grab a copy of this amazing guide. <<

On top of this, sometimes the issue runs deeper than your texting style. I know this because women have told me they desire a highly personal reading that reflects their problems.

>> Check it out right here!

Wishing you all the luck in the Universe.

Your sister and friend,