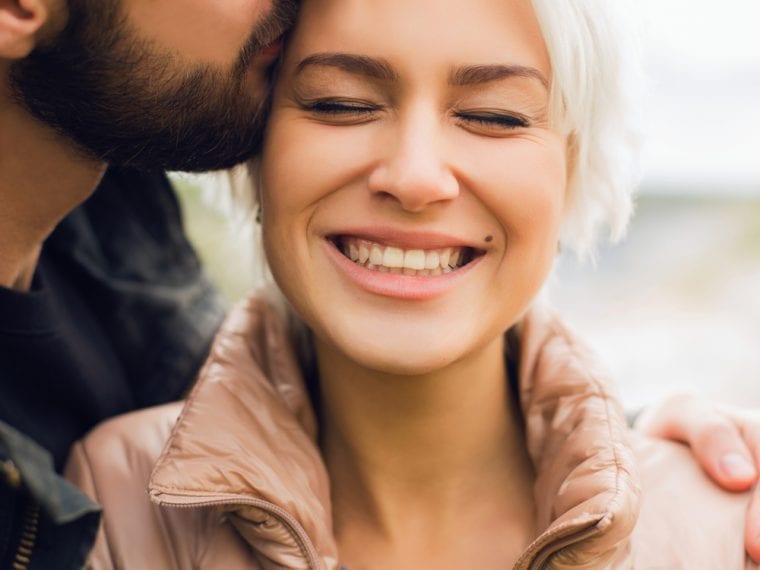 How Does a Pisces Man Act When He Likes You? Figure It out Fast!

When you find yourself really into a delicious Pisces man, you had better let him know quickly before he changes his mind and moves on with someone else. Naturally you don’t want to unless you know for sure he likes you right? Keep reading for what signs for how a Pisces man acts when he likes you.

Asks You To Spend Time With Him

Pisces men are forward when they like someone. If he likes you, he will want to spend more time with you thus asking you out or asking you to do more things with him. He wants to get closer to you and get to know you better.

If you haven’t gone out yet, he’ll ask you out if he likes you. If you think he does but he hasn’t yet, ask him for coffee. He’ll quickly let you know by his response if he likes you or not.

In the case that you have been out with him once or twice and he asks you to go out again, he’s into you and you should go ahead and let him know you like him too so that the dates will continue.

Pisces man wants to be around the woman he likes as often as he can because he enjoys that time plus he is trying to determine if you’re the soul mate he’s been looking for.

Pisces man doesn’t have the patience to wait for someone who is far too guarded or mysterious. He wants to know as much as he can about the lady he likes so he can determine if she’s going to be in his future or not.

That being said, he’s going to ask you a lot of questions. Don’t be afraid to answer him. If you have your guard up, he’ll be fearful that you’ll never tell him thus making him back off.

Be honest with him, tell him what you feel, and answer his question. If you aren’t comfortable with something, tell him and tell him why. He’ll be more understanding and empathetic if you explain why you don’t want to answer the question.

Don’t be intimidated by all the questions he’s asking. They are important to him and if you really want to have more of a relationship with him, it’s a necessity. He’s not one to beat around the bush when he’s trying to form a bond.

REALLY talks to you

Talking on the surface is normal for anyone. However, when a Pisces man starts to talk to you about his dreams, hopes, and aspirations, then he feels you are someone he can rely on.

It’s as equally as important for you to do the same with him. He wants to know what your goals are, what you see yourself doing in the future, and what your dreams are.

The two of you sharing these types of conversation is what helps him to determine if you’re his soul mate or not. It may also be important for you to mention what your spiritual beliefs are as well.

If he doesn’t ask then perhaps you can bring it up casually just so that the two of you can find out if you’re on the same page or not. Trust me, it’s important to him to know this information.

He has to ultimately know if your connection is something that will last a life time and if he has a future with you. Knowing such important life values is either a game maker or a game changer.

Pisces man can come off as shy and sweet. That being the case, he may look at you like he’s a high school boy in love if he’s into you. You’ll totally be able to see this on him.

If you keep catching him looking at you when he thinks you don’t notice then he likes you. He’s old fashioned and adorable like that. You can also look into his eyes when he talks.

He will have a certain look that is unmistakable when he talks to you. He will have a puppy love look on his face and you’ll know that he’s thinking warm and fuzzy feelings about you.

There is no way for you to not know he likes you based on how he acts around you, how he talks, and how he looks at you. He will be silly, funny, and sometimes awkward.

Is himself when he’s around you

Ultimately, the Pisces man wants to be able to be himself when he’s around the woman he likes. If he feels comfortable enough to do this with you then you can definitely tell he digs you.

A Pisces man wants to be able to relax, day dream, and talk about the future with the woman he is crushing on. As equally important to note is when he starts talking about future events and includes you in those plans.

Always keep in mind that the Pisces man wants his woman to also be his best friend so if he’s started confiding in you in the least, he likes you and you should hurry up and let him know you feel the same.

If you built up a wall due to the past or you play hard to get, he will move on quickly from you. Don’t let the opportunity pass you by. If he’s showing you any of these signs, he likes you.

Go for it and tell him that you like him too and want to get to know him better. Spend that extra time with him and be sure he knows what you feel.

If you’re ready to understand how does a Pisces man act when he likes you click here to learn more about Pisces Man Secrets.