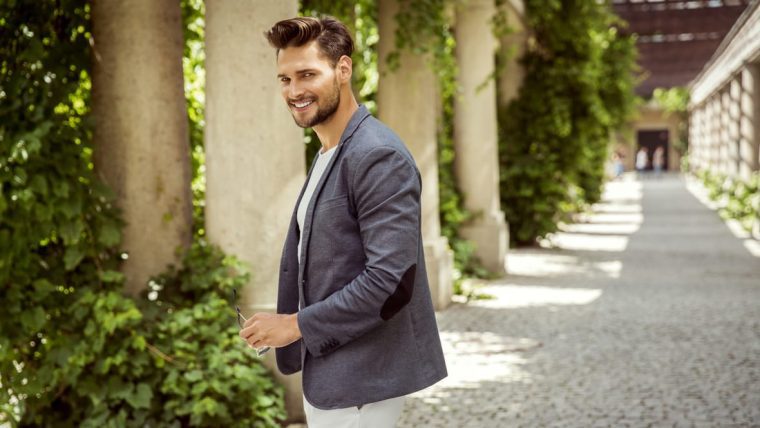 Hello, my dear readers. How are you? I hope that all is well and nice on your end, as I want to welcome you to this month’s predictions. Let’s dive right in and see what is waiting for the Pisces man in May…

The beginning of the month spells “magic” for the Pisces man, thanks to the two very powerful stelliums in Pisces and Taurus, his first and third houses respectively. This is a perfect time for short travel, blessings, and manifestation.

The 9th of May brings karmic changes to the Pisces man’s job and workplace. He’ll be fired up and bold in his romantic life, and he’ll want to have a skinship with his lover or love interest during this time. It’s possible for him to lose a couple of pounds, but he’ll also gain money and luxuries.

The 16th of May brings forth a Full Moon Eclipse in Scorpio that takes place in the Pisces man’s ninth house of philosophy and foreign travel. On the opposite side, there’s the Sun conjunct the North Node in his third house of communication. The Pisces man is quite fortified during this event and supported by both the Neptune-Mars conjunction and Jupiter in Aries, so he has nothing to fear here.

The end of the month brings forth a new beginning through a New Moon in Gemini. The entire stellar picture puts the Pisces man in a positive and romantic mood, so see to it and do something hedonistic together.

The start of May puts the Pisces man in a majestic mood as Venus (which is exalted in Pisces) is conjunct Jupiter on the same exact degree. And there is also Neptune and Mars present in Pisces. Both rulers of Pisces are in its sign of deep waters and emotions and they are making him feel great!

There’s also a mighty stellium – the Sun, Uranus, the Moon, and the North Node are in Taurus, his third house of commute and communication. So, it’s quite possible that he’ll win a trip to the mountains or somewhere in nature, or that his luck and finances are going to be so good that he’ll buy himself a peaceful retreat.

You can try and hop on his train of positivity and good vibes, but you’ll have to bring your own. Don’t try to be negative or possessive around the Pisces man right now – he’s busy making his own magic. Just go with the flow and follow his lead.

Around the 9th of May, things start to get heated thanks to Venus in Aries and the Moon in Leo. Jupiter is on the ending degree of Pisces, so it’s possible for him to lose some weight now, and to wrap up anything that concerns himself and his image.

Mercury has transitioned to Gemini, his fourth house, so it’s quite possible that he’ll take his family on a short trip right now, and although it’ll be short, it’s going to be sweet!

There might be some serious changes to his workplace thanks to the Moon opposing Saturn in his twelfth house of fears. Some kind of change will happen, it can be either relocation of his place of work or an entire change of scenery, as he moves on to greener pastures where he’ll find himself more appreciated and happier in his daily job.

His libido is quite strong now, and he’s feeling extra romantic but also straightforward. So, you can expect either dates that are quite interactive and exciting, or for him to be very snuggly and keen on skinship.

Full Moon Eclipse, But With A Positive Twist

On the 16th of May, there’s a Full Moon Eclipse in Scorpio conjunct the South Node and opposed the North Node in Taurus (his third house). This is going to manifest in the Pisces man’s life as the push and pull of long-distance travel and communication.

There’s a possibility he won’t be able to express his needs and wants during this transit properly, and that might cause some discord with his family. He himself is feeling very fired up and strong thanks to Mars conjunct Neptune in his first house of self.

Jupiter has moved to Aries (his first house) and it’s about to bring blessings to his life in the form of financial gain and home décor luxuries. Venus is conjunct Chiron at this point in time, so he should watch out not to spend money out of emotional need (aka, on unnecessary things).

The Pisces man will pass through this Eclipse much more easily than the rest of the signs, thanks to the placement of the Nodes. He is fortified by Neptune and Mars, and Jupiter feels pretty good in Aries, so his strengths are coming from all sides.

The end of the month finds us with a New Moon in Gemini conjunct Fortune. This takes place in the Pisces man’s fourth house, which means that there’s some kind of new beginning and good luck in his home and family life.

Mars has moved over to Aries and is now conjunct Jupiter in his second house of income – he will lose weight but he will gain money and luxuries, especially if he’s up for working in a more active and adventurous environment. Taking risks during this time will turn out to be highly rewarding for the Pisces man.

Venus is now in Taurus, a sign of her domicile, and she is going to bring charm and beauty to his communication and flirting. It’s a perfect time to go out on hedonistic dates where you’ll be able to share a lot of nice and cheesy words.

Mercury Retrograde is drawing closer to the North Node, so heavy topics and misunderstandings should be avoided. If he makes a couple of verbal gaps and puts a foot in his mouth, please understand that it’s not his true intention, it’s this hated transit that we have to suffer so often…

Read next: Pisces Husband – What Are Pisces Men Like In Marriage?

Both at the beginning and at the end of the month the Pisces man will feel boisterous, fortified, and blessed. For he is – truly! The stars have shone their blessed light upon him and his endeavors.

At the end of the first trimester, he might feel a little suffocated and irritated thanks to Saturn’s opposition to the Moon, but there are other aspects supporting him through this, so he should be and feel thankful most of all.

The Pisces man has a lot going on during May, and it’s mostly good. His overall mood will be great and positive, so go with the flow and follow his lead.

Are you looking for more ways to make your Pisces man your forever love? Or do you feel like there are still some bumps in the road with your Pisces guy? I’ve still got a few spots left for my VIP consultation where I can answer all your personal questions in love and life. Check it out right here.