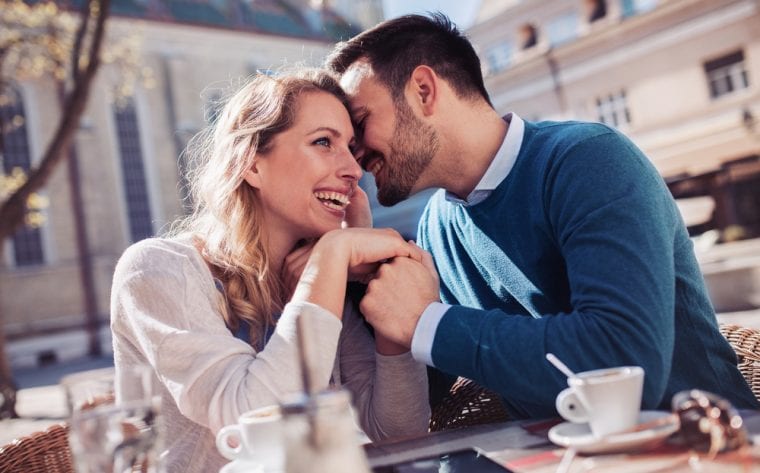 While it’s true a Pisces man falls in love rather quickly, he’s also very picky about whom he chooses to give his time to. What can you do to properly date him and make him happy? Keep reading for tips on how to date a Pisces man the right way.

Treat Him with Care and Respect

If you are into a Pisces man that you aren’t yet dating, you’re going to find that being terribly kind and considerate with him will get him to possibly consider you. He loves women with huge hearts and beautiful souls.

Show him that you’re beautiful not only outside but on the inside. Talk about things that tug at his heart strings such as talking about helping those less fortunate or helping animals.

Kindness definitely raises his eyebrow and warms his heart. He’s a gentle soul that feels things very deeply so you’ve got to reach him on that level so that he’ll actually open his heart up to you.

Also if he ever brings up a sensitive topic for any reason, don’t laugh at him or make him feel bad for feeling the way he does. He is an empathetic guy and as such, he’s going to be sensitive.

You want to show him utmost respect and by doing so, he will also respect you back with a grateful heart. One of the reasons he holds off on opening up too quickly is fear of rejection or being made fun of.

You’ve got to make him feel comfortable so that he’ll want to be around you and trust in the fact that you’ve got his back. He wants to know that you’ll understand how he is and how he feels without any judgment.

Talk About Your Dreams and Ask Him About His

One of the most stimulating things for a Pisces man is to be able to open up and talk about his deepest dreams and fantasies for life. You can get him to talk about his by talking about yours.

Sharing with him what you really want to accomplish or do in your life that you haven’t yet will inspire him to want to daydream with you. The more you do this with him, the more he’ll decide to be near you.

Pisces men are huge dreamers and so when they find someone who can relate, it really sparks their interest and makes them want more of it. So give him what you’ve got dream wise and he’ll start telling you all about his.

Once you two are on this level, he’ll be more open to discover more about you and likely be very excited about spending time with you. Who doesn’t want to be excited about seeing their potential partner again?

Feed the joy and share with him all that you hope for, all you want to do, and all you want to be. He will truly think you’re a spectacular person that he wants to take more time with.

When you’re getting involved with a Pisces man and he gives you his thoughts or hunches about things, believe him and make it a point to show him that you’re following what he told you.

With time, you should be able to feel your own intuition growing and probably matching up with his. You will both feel each other when you’re not together and you’ll sense when something is wrong.

This leads to a phone call to ask your partner what is going on. They’ll be pleasantly surprised that you knew something was amiss. This may happen the other way around too which signifies that you two are getting closer.

A bond this close will for sure increase the empathetic connection you two are likely to have if you truly open up to each other and allow your intuition to guide you both as individuals and together as well.

The Pisces man wants a woman who will inspire him to actually take some active steps toward his dreams instead of just sitting on them and never going anywhere. He will follow by example if he sees you doing that with your own life.

You can also talk to him and convince him to take some action on something he’s been talking to you about for awhile. Listen to him, understand him, and lift him up so he knows you support what he wants.

Even if it’s something you don’t really agree will work, you can still inspire him. Let him try because even trying may lead him to something better which will make him appreciate you that much more.

He’s more apt to fall in love with a woman who helps encourage him to take some action toward what he wants most in the world. He sees this woman as his angel or savior who will be his queen.

You can rest assured that this woman will be put on a pedestal and become his everything. That being said, you should try this method as it will help you get closer to him and secure a future with him.

The last thing he wants is a woman who never encourages him or supports what he wants. In fact, he’ll tend to avoid women like that. He will gravitate toward women who are beautiful, supportive, caring, and giving.

That’s the type of woman that he wants to spend his life with and form that strong natural soul mate type of love. If you’ve got it in you then show him how amazing you actually are.

Don’t hold back from him when you feel things deeply. He wants someone who actually can relate to him. If you’ve got empathy yourself then let him in on it. It will only help bring you closer.

If you want to understand more about how to date a Pisces man and how to make him yours, click here and find out everything about your special Pisces guy.