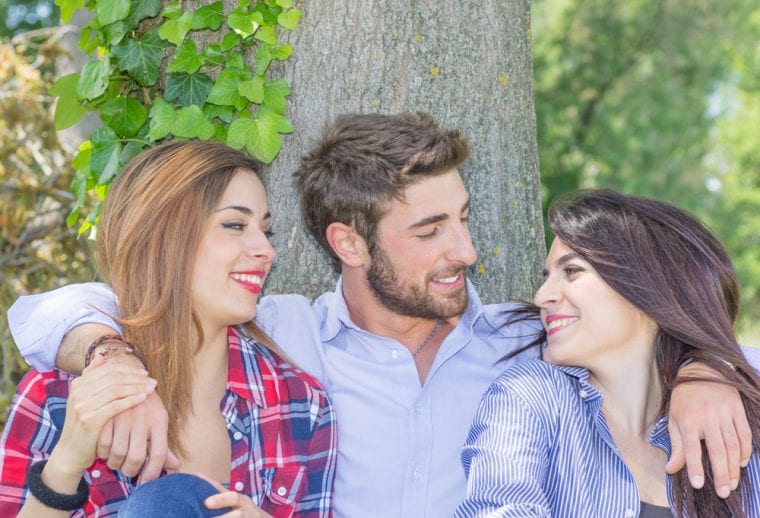 Does your Pisces Man Still Have Feelings for His Ex? Signs You Can Look For

You’re entangled in your love for a Pisces man but you’ve learned that he has contact with an ex of his. Does he still have feelings for her or is he just being nice to her? Keep reading for things you can look out for that will tell you if he’s still hung up on her or if he’s simply being friendly.

One of the most telling ways you can figure out if your Pisces man still has feelings for an ex is if you find things of hers amongst his, photos of the two of them out in the open, or something that expresses her presence in some way.

This can be anything like a hair brush, hair clip, toothbrush, or anything that she may have left behind with him. If he hasn’t thrown it out or put it away; he’s still feeling for her.

When a Pisces man breaks up with a woman he was very close to and gave his heart to; he’ll have a hard time letting go. Sometimes that can mean a few different ex’s rather than just one.

You’ve got to understand that when Pisces gets into a serious relationship; he gives himself to his partner. He places his heart in her hands. If for some reason they do not work out; he struggles to let it go.

If he’s trying to move on with you; he’ll know he needs to put these things he still has in his mind or in his physical presence in order to move forward. I must warn you though; if you’re a rebound; you may want to duck out.

Rebound is something he’ll do if he’s trying to get over someone. Usually it doesn’t work out very well though because he isn’t good at letting go. Therefore he ends up hurting the rebound accidentally.

He doesn’t like hurting anyone and believe me when I tell you; he beats himself up forever if he does hurt someone. He thinks less of himself as a human being and will carry it with him always.

Friendship After It Ends

This could seem very tiring and worrisome for a new woman in his life trying to gain footing with a long term relationship. While it can seem as though he’s hanging onto the past (and he is), he’s also aware that he’s moving forward.

I know that’s a hard concept to wrap your mind around. It can be rather confusing. However; he typically is not someone who can carry hate around in his heart and even if it didn’t work out with them; he still cares for them.

Remember; he has a hard time letting go. Even if he still remains friends with him, there is still a piece of his heart with them as well. He genuinely cares for them. He may never get back together with them but he’ll always feel for them.

This doesn’t mean you need to worry. Unless he’s really making a fuss about a certain ex and flashing it around by talking about her to you; then you probably should let it go yourself.

Loving a Pisces man requires great compassion and understanding that he’s loved before you and he’s always going to carry a piece of them with him. It’s not a bad thing but if you’re the insecure type; it may drive you nuts.

It takes a strong woman with a huge heart to understand and comprehend the Pisces man. She has to be alright with him still being friends with an ex or more than one ex.

The obvious will be typical of any man and Pisces is no different. Clearly if he’s talking to an Ex quite frequently while he’s with you then something else is there and he needs to admit it.

He may think he’s just being a friend but no guy should be talking that much to their ex unless they have children together and it’s a necessity. That’s a fact. Being friends is fine but if every time you turn around; he’s talking to her; watch out.

The red flag with Pisces is that his heart will still be with the ex and therefore he doesn’t have the fortitude to put his foot down and tell her to stop calling or texting.

In this respect; he’ll be very weak willed. He knows he needs to let her go but he cannot tell her that she needs to quit contacting him as he’s in a relationship with someone else he’s trying to form a long lasting bond with.

If he’s constantly texting, talking on the phone, or commenting on her stuff via social media; he may still very much be hung up on her. If this is happening; you may consider letting go of him.

It’s hard to form a forever bond with someone whose heart is still invested elsewhere. If you see this happening before your very eyes; it’s time to let go of him so he can do what he needs to and so you can find someone who wants to be with you.

Pisces men are complicated and seem hard to get. The reason why is because their heart is so open much of the time that they let people in; even the wrong people.

Until he matures and learns from many mistakes; he’ll keep allowing his heart to be given to the wrong women and then stay hung up on them until he learns to finally “let go”. This is his life theme and it’s not easy for him.

Pisces man has a hard emotional road. Watch out for the red flags ladies! It will tell you if he’s loyal to you or still loving another.

If you’re ready to understand does a Pisces man still have feelings for his ex click here to learn more about Pisces Man Secrets.