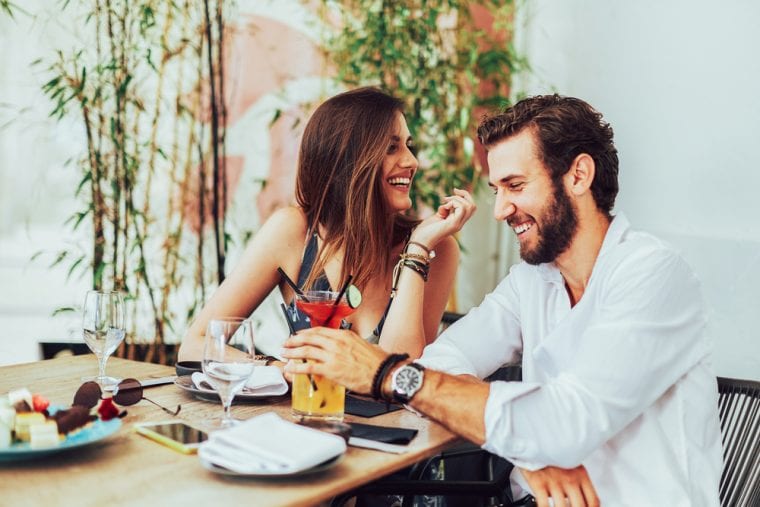 Any woman who fancies a beautiful Pisces man wants to know what they can about him before they get too involved or fall in love with him. What do you need to know about him? Let him tell you… Keep reading for what he wants you to learn about him.

While some people seem to think that Pisces men are a bit sketchy; the truth is; they’re really reserved men who treasure their privacy. This means they don’t like to open up and tell anyone anything.

When it comes to dating; he opens up a side of him that he feels is key for forming a bond with the right woman. He IS looking for his life mate. Pisces man is looking for his soul mate, the right one, the one who is his match in every way.

He knows what he’s looking for and yet sometimes his feelings get away from him. His heart is so big that he gets excited about a woman a little more than he should before he really knows her.

After he’s been burned a few times by the wrong women; he’ll learn that he needs to reserve himself a bit so that he won’t have it happen again. It’s a hard lesson and mostly learn in Pisces man’s youth.

As he gets older; he is wiser and understands the reality of keeping some things private until he’s a bit more sure that the woman he’s seeing is someone he can see a future with.

Some women will see this as him being secretive or not telling the truth. While omission CAN resemble lying in some situations; his omissions are more for self preservation.

He doesn’t want to bear his soul to the wrong woman and get totally hurt. Therefore he’ll reserve his private thoughts for someone who has proven herself to be someone he can love for a lifetime.

You really cannot fault him for this quite honestly. It’s a normal thing to do and yet so many confuse his secrecy with being dishonest. That’s not typically the case. He’s one that if you ask him something; he’ll give you the truthful answer.

He also doesn’t want anyone to know who he is 100% until he’s comfortable in knowing that person won’t betray him and run away with his heart.

It is totally true that the Pisces man is very sensitive. However; people think that this means he’s weak or cannot handle difficult situations. He actually CAN. Where he is sensitive is that he’s quite empathetic.

This makes him sensitive to what is going on in the world and what is happening around him. He sees the bigger picture rather than focusing only on himself. It upsets him with what he sees.

When humanity hurts; he hurts. This doesn’t make him weak; it actually makes him quite powerful as he’s able to sympathize and help others to get through a hard time.

Now; when it comes to love; he’s sensitive simply because he can feel his own feelings and can feel the feelings of the woman he’s with. He can feel if she’s loyal and honest. He can also feel if she’s dishonest or uncomfortable.

He can read you like a book ladies. Just so you know; he will know if you ever develop feelings for someone else or cheat on him. He doesn’t need hard evidence as he can feel it.

This is yet another reason why Pisces man guards his heart. He still can fall for the wrong woman from time to time thus getting hurt but he learns from every would he receives.

When the Pisces man is fully matured; he knows what type of woman to stay away from and what kind of woman he can trust in for building a future. He will reserve himself for the woman of his dreams.

Since Pisces man is a water sign; he’s fluid in his thoughts. He’s also very dreamy. He’s one that has a hard time keeping his feet on the ground. Again; with age; he learns better how to keep at least one foot down.

While he is naïve in his younger years; his maturity helps him learn how to look at things with face value. He has to learn to cultivate his intuition as far as how to react to certain situations or deal with what life throws his way.

When he does it right; he uses his skills to be a visionary and come up with amazing ideas to help humanity. While he may only help those he comes in contact with; he’ll still go above and beyond as a human being.

Pisces is a very giving man who has a hard time saying no. In fact; he often gets treated like a doormat because he’s so kind. With age; he also learns this and starts to say no way to absurd requests.

He also learns who he can trust and who he cannot. To those he cannot trust; he absolutely says no to helping them. He knows they’re using him and that they have no vested interest in him.

In other words; the younger Pisces man is naïve but the older Pisces man is well seasoned and intuitive. He’s learned how to spot a gold digger out and dismiss her before she tries to take his fortune.

Trust me when I tell you that when a Pisces man puts his mind to it; he’s very financially stable. He knows the value of a dollar and often saves to build his future nest egg.

If you’re honest and looking for a lifetime of devotion, passion, and being treated like a Queen; then you’re ready for a Pisces man!