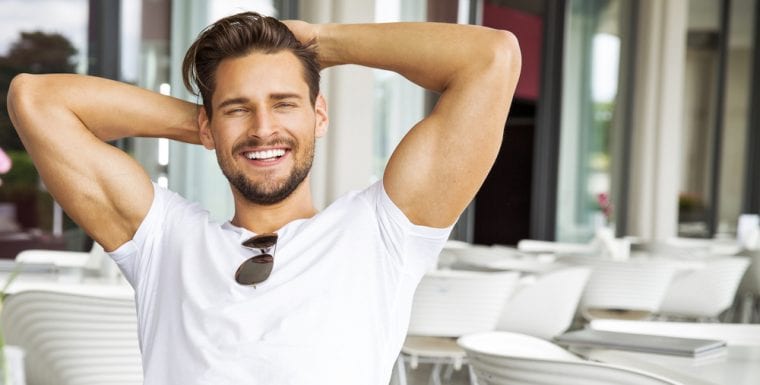 What types of characteristics do Pisces men have? What is a Pisces man like? Keep reading for some really helpful information and traits to look for regarding the Pisces man you’re trying to get to know. Perhaps it will help you learn how to get closer to him and find romance.

The Pisces man is a born humanitarian given his empathic ways. He’s able to feel other people’s feelings and so naturally he wants everyone around him to be happy. He’ll go out of his way to do what he can to make that happen.

He’ll often be involved in charity in some way or doing something that improves the planet and humanity. It’s his lot in life to care. Sometimes he can be overwhelmed which can lead to mood swings but he genuinely feels deeply.

He has to learn how to find a happy medium for himself and not take on everyone else’s feelings so that he doesn’t lose himself. He can sometimes forget himself and then cannot figure out if he’s feeling his own feelings or someone else’s.

It’s dangerous and he has to spend his life placing up borders so that he can get through his life helping others without them rubbing off on him in any negative way. He has to remember his life is his own.

While he’s generous, he’s also an amazing listener. He’s someone that people like to talk to because he understands, he isn’t judgmental, and he’s open to what others have to say.

He is also very observant so don’t ever think you can pull one over on him. He watches and hears everything even if you think you’ve hidden yourself or actions well. He’ll know.

Pisces men aren’t typically very religious but they are spiritual in their own ways. They tend to love talking about new age things or belief systems that subscribe to being open and loving.

He gravitates to women who are also very spiritual. These would be women who are confident, strong, help others, and believe they are here to make the world a better place. He can best relate to them.

They believe in a higher power but don’t necessarily slap a label on it or have rules to abide by. They know they’re here to do their best and make sure that they help as many as they can before they leave this world.

This may include doing clean up for parks, recreational areas, or historical locations. It may also include planting trees, flowers, or other natural living things that need tender loving care.

Having someone to discuss the deeper meaning of life will turn a Pisces man on. He’s all about finding answers, solutions, and meaning in what we’re here for. He’ll possibly study tarot, astrology, numerology, palmistry, or other forms of divination.

He may also spend time studying different cultures or different angles of his own belief system. He wants to dig in deep and maximize his potential for this life. As long as he doesn’t let depression creep in, he’ll be quite a sage for healing and information.

The Pisces man can go either way. Either he’s so sensitive that he doesn’t know how to turn off his energy absorbing ability and ends up taking on other people’s depression and anxiety OR he could have it all figured out helping others to heal.

He has the capability of swinging in either direction which is actually a reason he should be looking to find ways to balance. He needs to work on balancing himself and becoming more centered to be successful in his life mission.

You might meet this guy in a meditation class or yoga studio. He’s trying to balance his life, mind, and spirit. When he doesn’t do that, he will be out of sync and end up falling into despair.

He’ll follow by example and be most grateful. If you’re not this type of woman, it doesn’t mean he won’t want to be with you. However, if you were to be open to learning or trying it then he would be truly into it.

When Pisces Man Likes You

How do you know if he likes you? Pisces man will flirt and be silly with a woman he likes. He’ll do things to make her smile and he’ll try to be around her as much as he can.

He will want to chat or text to keep the communication going and though he may be shy, he will be responsive to a woman who flirts with him and lets him know she likes him.

The signature thing to look for is how much he pays attention to you. If he pays you a lot of attention then he likes you. It’s pretty obvious at that point. It’s when he is hot and cold that it may be a little more confusing.

When Pisces Man Loves You

All of what I mentioned so far applies here. The difference is, if he’s in love, he will absolutely treat you like royalty. He will fuss over you, he will gift you, and he will want you to have anything your heart desires.

He’ll want to spend every moment with you that you’ll allow. He wants to be closer to you and he wants to take you everywhere with him. He’ll declare his love for you as well. He doesn’t hold back when he’s truly in love.

If you want to better understand what is a Pisces man like, click here and find out everything you need to know about him.