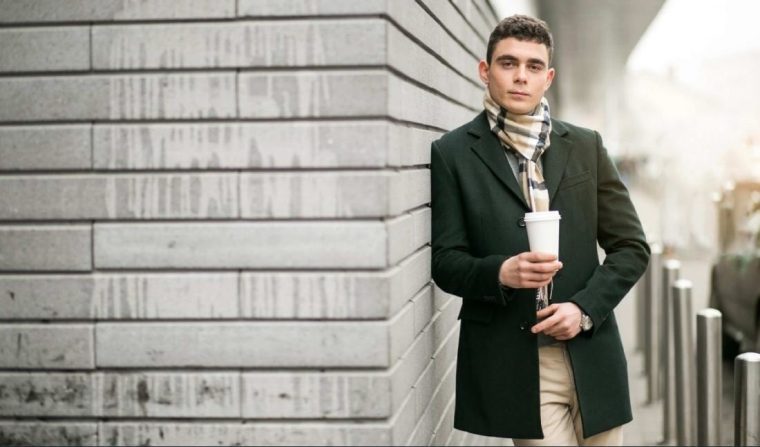 Hi, my darlings! How was January? We’re here again, I’m back with predictions for the Pisces man during the most romantic month of the year! Are you ready to roll? Let’s go!

The beginning of the month kicks off strong on the Pisces man’s twelfth house of dreams, phobias, and inner structures. His eleventh house is receiving a lot of tension as well, but with the help of the New Moon and Saturn, he turns into an altruistic movement. The Pisces man will be on the lookout for kind love partners who have empathy and woke state of mind towards their environment and those who need to love the most.

The 8th of February offers some nice dating opportunities and a good chance to evolve as a couple (or into a couple) if you practice an open heart and empathetic mindset. It’s a good time to be in each other’s company next to a body of water. Especially if there are some birds and aquatic animals to make the atmosphere more fairytale-like.

The Full Moon on the 16th is the time for self-care and mental health topics to be considered and seriously covered. There’s a culmination of his sixth and twelfth houses happening right now, and if he’s not careful of his stamina and stress levels, then his immune system will weaken, and nobody needs that in these trying times!

The end of the month paints a more optimistic picture. There’s room for romance and dating, and the general idea is spreading empathy and kindness. The Pisces man is feeling much better thanks to the Sun in Pisces joining hands with Jupiter.

The month kicks off with a New Moon in the Pisces man’s twelfth house. It couples with Saturn and the Sun; this is a time of sleepless nights and nightmarish realms for the Pisces man. His faith, beliefs, convictions, and inner structure of life are all being scrutinized and tested.

The Pisces man is doing his best in holding himself together as it is, Jupiter is helping as it’s feeling great in Pisces, in his first house of self, but we cannot ignore Saturn’s and Pluto’s influences in his chart.

The way to the Pisces man’s heart in this period is through donating to charities and volunteer work. Especially if it has to do with animals. He is on the lookout for kindness and empathy, and if he recognizes that in you, you are at the top of his list of love partners.

All romantic actions have been transferred to his eleventh house, and Saturn is forcing him to reevaluate himself through the observing of others. This is why he’ll be on the lookout for love interests and partners who can understand him first and foremost, and who can help him be a better person.

2. Into The Deep End

Around the 8th of February, the Pisces man has some action in his third house of communication and (short distance) travel. Uranus has some company now – the Moon and the North Node (with Ceres) have decided to join him in Taurus and make it merrier.

Venus, the ruler of his third house, is in Capricorn in an embrace with Mars and Vesta, and the three of them are drawing closer to Mercury and Pluto. All of this means that the Pisces man will learn how to communicate his feelings in a more tangible and practical way.

This can also mean that he’ll be called upon to do some selfless deeds for the sake of community and animals. If you were to join him and help him in his Samaritan endeavor, who knows what kind of romance and fairytale love story could bloom from that.

Pallas in his first house, coupled with Neptune and Jupiter, gives psychic clarity and sharp intuition that can lead the Pisces man in the right direction for the evolution of his soul and his love life. Staying near water, or going out on a date near water can be an excellent idea right now.

Especially if there’s a bonfire or a fireplace at the place where you’re staying, that would be amazing and it would spark some seriously deep and emotional topics between the two of you.

Empathetic communication is the key to this point in time.

3. Kill Them With Kindness

The Full Moon draws the Pisces man’s attention to his mental and physical health. The Full Moon conjunct Regulus, a fixed star from the Leo constellation, in his sixth house of health, daily routines, and work; while the Sun is on the last degrees of Aquarius, preparing to move into his own sign.

This is the culmination of health topics for the Pisces man, and he should not shirk his responsibilities towards himself. It’s a great time to start talking about self-care, mental health, and nutrition topics.

Spending time in a relaxing setting, going to a spa, if available, going to couple’s therapy, having heartfelt talks, and sharing each other’s emotional burden is the way to go during this period.

The Pisces man needs a lot of emotional space and support to grow right now. He is in the process of falling in love with all the wonderful people that keep coming into his life to make it richer and kinder.

This year is marked as a year when he makes an important impact on his neighborhood and the people who live near him. Mercury moved to his twelfth house and is still conjunct Pluto.

This means that his speech will seem illogical and yet very sound and smart. Mercury conjuncts Juno, so he will channel a lot of romantic advice and messages even though he, himself, will feel a bit detached in an emotional sense.

4. This Chapter Ends, While Another Begins

The end of February puts the Pisces man in a much better, lighter mood. The Sun has moved into Pisces, his first house, and it’s now making friends with Jupiter, and Jupiter is drawing closer to Neptune.

The Pisces man is feeling ecstatic, hopeful, enthusiastic, and recharged. Mercury is in a sandwich between the Moon and Saturn in Aquarius, his twelfth house, and from there it illuminates his thought processes, ideas, and verbal expression.

Pluto conjuncts Mars, Venus, and Vesta in Capricorn, in his eleventh house, and he is finally feeling unrestricted to make all the changes for the better that he has been dreaming of in the last couple of months. Even his money management is getting better and more stable.

This is a very optimistic note for February to finish on, and the Pisces man is definitely feeling it.

Some ideas on how to spend time together include watching romantic movies at the theater, Netflix, and chill, making plans for future volunteering actions, organizing a charity, and going together to donate clothes, food, and money to a nearby shelter.

2022 is all about empathy and spreading kindness for the Pisces man, so he’ll pay a major portion of his attention to details like that.

Read next: Does A Pisces Man Like To Be Chased, Or Do They Like To Do The Chasing?

Stay tuned my darlings for the next prediction. February has a lot of challenging moments for Pisces man, but it also has a lot of good times and kindness.

There you have it darlings. I hope this horoscope for February was insightful.

As always, some of these transits are going to feel a little different than what I have explained here. While generally accurate, these predictions don’t reflect the entire depth of information found within your partner or love interest’s birth chart.

Enjoy your month of romance with your Pisces man, you both deserve it!