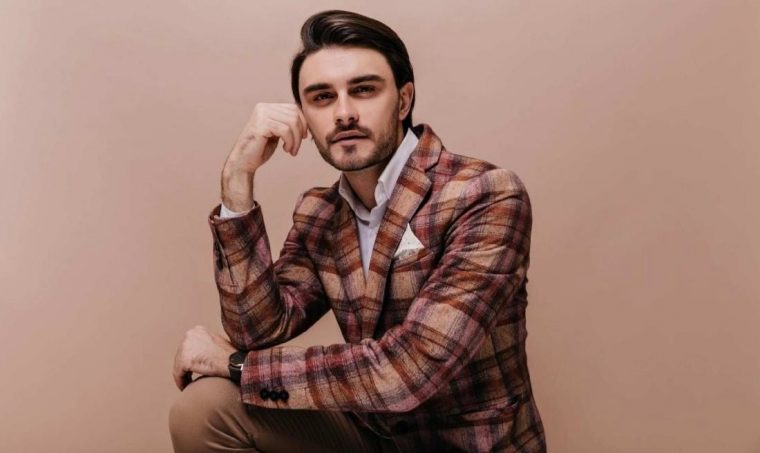 Hello there, my lovely readers, how are you? Awesome and ready for this month’s horoscope, I hope because we are about to dive in headfirst!

The beginning of the month really showers the Pisces man with good luck, prosperous opportunities, and that feel-good attitude. It’s a great time for romance and spending time together executing his romantic visions and fantasies.

The first Half-Moon brings light to his partner’s or love interest’s wants and desires. It’s a good time to go out drinking together or to meet his family. Blessings and abundance are still going strong in his favor, but he will pay more attention to his love interest’s wishes.

The Full Moon brings up a possible conflict in correlation with his past affairs or love relationships. Jealousy is the possible theme of this lunation, as well as deaf phones in lovers’ communication (thanks to Mercury in Pisces). All that is required here is patience and calm heads.

The end of the month brings new beginnings whereas his finances are concerned, and his dreams are going to get even more vivid and prophetic. It’s a great time for adventurous dates and excitement-filled days. Now is a great time to make manifest-boards and creative plans for the future together!

At the start of the month, we have a majestic New Moon conjunction with the Sun and Jupiter in – you guessed it – Pisces! His first house of self. What a marvelous start of the month, I’ll say! This means not only that the spotlight is entirely on him, but that blessings are showering his life and his personal growth.

Not only is he in a splendid mood during this New Moon, but the ruler of his fifth house of fun, romance, and pleasure is on the Pisces degree together with the Sun. This means that it is the perfect time for loving!

Go out on romantic dates, enjoy each other’s energy and company, be sappy, be romantic, read romance novels together, have LARP events, do cosplay, buy each other roses, do gardening together, make a BBQ for your friends, drink wine, and go watch sunsets on a beach.

The ruler of the Pisces man’s seventh house, which represents his marriage partner, is coupled with Saturn in Aquarius in his twelfth house. This means that if he is married or lives with his better half, her wants and needs will be swallowed up in his imagination and romantic visions during this period.

There’s a possible conflict within his friend group, and group projects are not advisable right now due to a thorny Pluto-Mars-Venus-Vesta conjunction in Capricorn in his eleventh house. Be wary of friendly fire and group conflicts right now…

I Am The Master Of Fun And Traveler Of Destiny

The first Half-Moon on the 10th of March activates the Pisces man’s fourth house of home and family matters. There’s also a lighter change of scenery when it comes to his eleventh house – Mars and Venus move away from heavy-hitting Pluto and into his twelfth house of dreams, illusions, and imagination.

Mercury also switches signs as it finds its way to his first house. Additionally, the Sun and Jupiter are holding hands, as well as Neptune. This is a majestic time of abundance for the Pisces man, as both his ruler and co-ruler are in his sign and they are drawing in all the good stuff into his life!

This is also good news for his long-term partner or spouse, as her wishes and desires will become more obvious and known to him, thanks to Mercury in his first house. His love interest or partner will be observed through his home life or by his family. So, this is a good time to meet his family or to openly express your romantic views and desires.

It’s a good moment for opening up and spending time in a setting that will allow you to speak frankly and exchange your energies. Wine may or may not be included, but having something liquid besides blood in your veins is a good sign of emotional bonding and progression during this transit.

The Full Moon can create a conflict between the Pisces man and his spouse or long-term partner. But this conflict only serves to deepen the bond and create better communication between the two of you.

He is bound to be less verbally coherent and internally confused during this time, thanks to Mercury conjunct Jupiter in Pisces, in his first house, and this doesn’t end with him. As Mercury is the Moon’s dispositor in this case, his partner’s words can also be “lost in translation.”

But all is well that ends well, and the prediction says it will end well. Thanks to the Sun and Neptune conjunct on prominent degrees. Mars and Venus are still conjunct but are slowly moving apart from each other in Aquarius, his twelfth house, and this means that something from the past can be a trigger for a quarrel.

Saturn is there as a peacemaker as well, so if something is bound to be left in the past, then Saturn will make sure of it as his mature and serious influence cannot be bypassed by smaller and faster planets.

The Full Moon perhaps won’t end on the best of terms between the Pisces man and his love interest, but that’s just a necessary part of the puzzle called relationship. Just be patient and stay positive, better times and brighter aspects are coming.

The Past Can’t Hurt Me Now…

The end of the month puts an accent on the Pisces man’s second house of income and monetary gain. The Moon, Sun, and Mercury have all migrated into Aries, and this means that money will find its way to his liquid pockets. Good and fun times are ahead.

Jupiter and Neptune are almost hugging in his first house, and besides blessings and good news, he’s also bound to attract a couple of extra pounds as well. Since there are no heavy aspects to his sixth house of health, these pounds can pass off as good fun and nothing more.

Mars and Venus are on both sides of Saturn in Aquarius; it’s big conjunction and the lord of karma is coloring this aspect. Juno is there as well, so his dreams are bound to be of prophetic nature and he will think about the past more intensely now. If he has any regrets tied to the past, he is bound to resolve them during this time.

It’s a good time to go on adventures together, to have fun in different settings than both of you are used to. Speaking directly and frankly, opening up about your interest, hobbies, aspirations, desires, and wishes for the future can prove to be very productive now!

The spring is here, and with it, officially the new year as well. The Pisces man is bound to have more income during this year, and that means broader opportunities for enjoyment and pleasure. Keep that in mind as this month ends and the next one begins.

And there you have it, my darlings! What an interesting and prosperous month for the Pisces man. He’ll be the cause of a lot of envy during March from other signs, and good for him – he deserved it.

Stay safe, have fun, and be positive; March is a promising month and it brings good things to those who have done good in the past. And to those who haven’t… well, it’s never too late to start fighting for the higher cause.

I write these articles so that they apply to everyone who is with a Pisces man. While generally correct, you could be feeling as if your specific situation was overlooked. I won’t have my dear readers left feeling this way without guidance.

I pride myself on my connection with my audience. I never want you to finish here feeling like you didn’t receive enough help in your relationship.

I created the VIP Consultation services in order to find those that need my one on one, personalized attention. It’s a way for me to get to know you and for you to gain personalized insight into your relationship.

Wishing you love and light on your journey this month with your loved one.