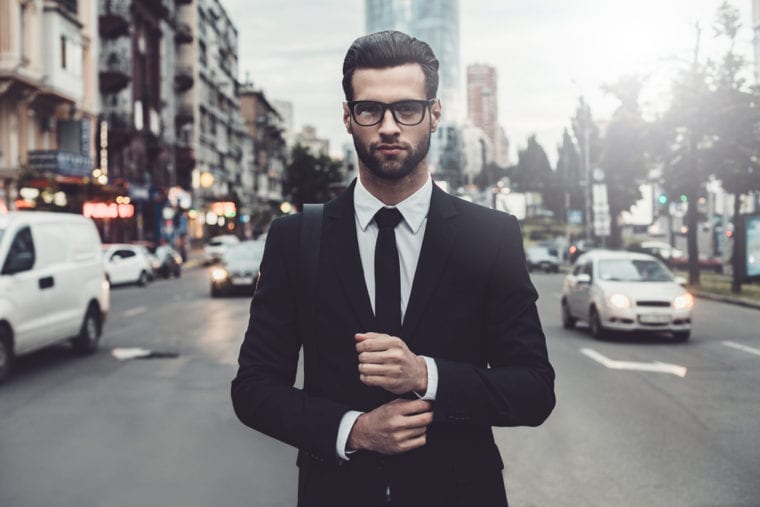 Pisces Man Characteristics – What Should You Be Aware Of

Have you become charmed by the scintillating Pisces man? If you’re enchanted by this sexy man, you may need a bit of help figuring out his positives and negatives. Keep reading to get to know what the Pisces man characteristics are to help you decide if he’s for you or not.

The Pisces man often has his head in the clouds. This makes him very imaginative and open to fairy tale types of relationships. He’s looking for his soul mate and very much believes he has “one” out there for him.

When he feels he’s in love, he’s very romantic, he’s caring, doting, and will do anything he can to show his sweetheart that he really thinks highly of her. He will treat her like she’s a queen more or less.

He will do sweet gestures to always make sure she feels good about his love. He’s also very physical and will show her through his sex that he cares by making sure she’s fulfilled and gratified.

The Pisces man is always wondering why people do what they do, why things work the way they work, and what all is possible. He asks a lot of questions. He will particularly do this with someone he’s interested in.

Pisces man isn’t one that is into a woman that doesn’t want to tell him about herself. If a woman has her guard up, he won’t bother to try to tear it down. He wants to be around a lady that is open and will talk to him.

He has his own set of interests but he doesn’t mind learning about other interests as well. He likes to learn and he likes to try new things. If he finds a partner that inspires him, he’ll be over the moon.

Great Shoulder To Lean On

The Pisces man is a sweetheart. He is someone you can talk to about anything in the world. If you’ve had a bad day and want to vent, he will embrace you. He will do whatever he can to make you feel better.

He may try to make you laugh if it was an irritating day. If it was something sad that happened, he wants to hold you in his arms and make you feel safe where you know he loves you or that he cares.

Pisces man is someone you can open up to and not worry about gossip. In fact, he himself doesn’t like gossipers. That’s probably something you shouldn’t do around him.

While many men do not understand where a woman is coming from, the Pisces man is in touch with his feminine side and he is able to feel what someone is feeling. This makes him valuable when it comes to having a sensitive partner.

What lady out there wouldn’t appreciate a man who can sense when something is wrong and works hard to make things right? Pisces man may not always understand what you’re talking about but he can feel your moods.

He’s someone whom you can find comfort in. He’ll do anything to make you feel cared for. Perhaps he’ll cook for you, bring you food, or show you in some other way that no matter how you feel, he cares for you.

Can Be Overly Sensitive

The empathic Pisces man can sometimes take things a bit too much too heart which can cause some conflict in relationships. He may take things the wrong way or assume something he shouldn’t.

He becomes a bit moody when he’s feeling misunderstood or slighted in some way. If he’s already in a bad mood and you say something “off the cuff”, he may react to it much more exaggerated like.

However, when he calms down and you are ready to communicate with him, it’s likely he’ll see where his error was and will want to work it out. The key is giving him a little breathing room in order to let him think things over.

Remember that the Pisces man is often swimming the clouds with his thoughts. When something doesn’t work well or to his advantage, he’ll often point fingers or blame it somewhere else.

He won’t accept that he himself may have caused his life to get off track. He doesn’t look at it and finds it more convenient to look elsewhere. He needs to learn to take responsibility for his own actions.

In fact, when he doesn’t want to face what he may have done or caused, he’ll escape through is day dreaming methods. This will make him seem unavailable or that he’s ignoring people.

The reality is with Pisces man, is that he is active when it comes to dreaming, creating goals, and thinking about his future. However, he cannot be bothered to get up and take the trash out or wash the dishes.

This is where he has to have a partner that will do the mundane chores or at least motivate him to do it. Otherwise, he’s going to come home from his job, wait on dinner, and play video games.

He feels his fantasy life is always so much better than reality. Though the more mature Pisces man tends to learn valuable life lessons and has probably come to get past this characteristic.

Bails Out Too Easily

When the Pisces man feels like there are too many problems or he’s surrounded by too much negativity, he will do what he has to in order to escape this. If he’s in a relationship that he feels this with, he will exit.

Pisces isn’t one to stick around and really try to work hard on it. He feels that if it doesn’t flow in the way he wants, it’s not worth his time or efforts. This is the same reason he won’t chase a woman.

He conserves his energy for a woman who is optimistic, loving, and wants to build a “dream” life together. This also means he may go through several partners until he finally finds “the one”. He may also fall in love too easily without really knowing someone.