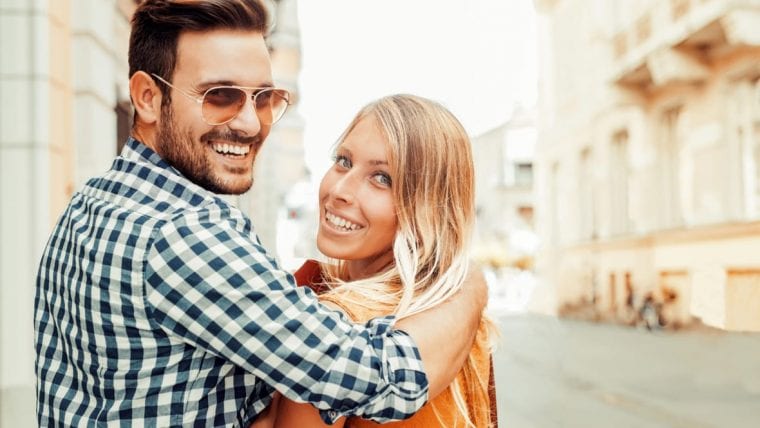 How to Attract a Pisces Man in September 2020

Every month, the planets change signs and affect our relationships. Depending on the planetary movements, it may be tough to understand the needs and desires of the Pisces man. But with my tips based on the monthly energy, you can draw the attention of a Pisces man or improve your relationship with one in September 2020.

Attracting a Pisces Man in September 2020

1. Spend Time One on One

If you asked a Pisces man what he wanted out of a relationship in September 2020, he would probably respond, “a woman who’s willing to spend time with me one on one.”

He wants someone who he can enjoy quiet time with, while also having the liberty and space to spend time alone.

At the same time, September 2020 can be an active time for the Pisces man, especially with the Sun in Virgo transiting his seventh house of relationships until September 22. During Virgo season, notice how attentive and thoughtful the Pisces man is. Notice how much time goes into his kind gestures and wordy feedback.

Because Virgo is technically Pisces’s opposite sign, you may assume that this season could come with some tension or emotional strain. However, with Virgo being a fellow mutable sign, the Pisces man is actually more flexible and open-minded when it comes to working things out.

Instead of being overly aggressive or pressing for things to go a certain way, his mutable, fluid nature is accented, and he inspires everyone around him to go with the flow.

If I had to choose the most important thing to know about dating the Pisces man in Virgo Season 2020, it’s being able to find time to spend alone. Instead of being caught up in work or handling things at home, focus on enjoying each other’s company and doing shared activities that you both love.

On or around September 22, you may notice that the Pisces man shifts gears. Instead of focusing on how well he can serve those around him, he’s more interested in making sure he’s pleased himself.

This is because from September 22 until October 22, the Sun in Libra will transit the Pisces man’s eighth house of sex and rebirth. Use this four-week transit to focus on building a deeper intimate and intellectual connection in love.

2. Make (or Plan) Something Nice

And with Venus in Leo transiting the Pisces man’s sixth house of effort and community service, there’s never been a more giving-appropriate time.

In fact, from September 6 until October 2, focus on all the ways that you can do something nice to show your appreciation for the Pisces man. Whether it’s baking him his favorite chocolate chip cookies, buying him tickets to see his favorite band, or planning a family gathering as a fun and simple surprise, let the Pisces man know that you love him!

If you’re feeling extra-creative and want to take advantage of Leo’s confident vibes, you should make the Pisces man something nice instead of buying it.

When it comes to love and life for the Pisces man in September 2020, it can be a time of reflection and reminiscing.

During this transit, the Pisces man is most attracted to the woman who knows how to give him space to heal without making him feel bad about not having already let go.

For example, if you know the Pisces man is still healing from a previous breakup, don’t scold him for still mentioning his ex. Instead of criticizing him for it, remind him that he has a bright future with you, and you’ll be there to support him no matter what.

At the same time, you need to be honest about what you feel at the moment. So instead of getting upset and suppressing your emotions to have an outburst another day, trust him enough to be honest. Don’t hold back how you feel, but express it with compassion.

If you and your Pisces man have been together for a while and have unfinished business from the past, complete it now.

Use this transit to grow closer and prepare for the next chapter.

Read next: Is Pisces Man the Lover You’ve Always Dreamed About? Confirmation Signs

4. Stand Up for Your Worth

With Mars, the planet of action and willpower, stationing Retrograde in the Pisces man’s second house of self-worth and values on September 9, get ready to take a stand for what you believe in.

As a sign of imagination and selflessness, it’s easy for the Pisces man to set his needs aside and take care of everyone else. However, with Mars moving backward, the Pisces man is more aware of his value and will demand that everyone around him adjust to this change.

Instead of arguing with him about right from wrong, be more vocal about your own beliefs and values as his partner. Be specific and sincere about what you need and want. Let him know what pleases you and turns you on.

Sexually, Mars retrograde in Aries is an excellent time to get to know one another’s bodies. Be patient and take your time. Once Mars stations direct in his second house on November 13, you’ll be grateful for all the quality time you spent.

Overall, if you want to attract a Pisces man in September 2020, I suggest spending some one-on-one time together, making him something nice, letting go of the past, and standing up for your worth.

If you’re looking for guidance on how to attract the Pisces man, my guide Pisces Man Secrets is better than any daily, weekly, or monthly horoscope app you’ll ever read. Instead of just giving you the basic knowledge of the Pisces man, I share real-life stories and examples of women who have been where you are and have overcome their challenges and are now living the love story of their dreams.

If you’re ready to dive deeper and start your journey to unconditional love with your Pisces man, you can purchase Pisces Man Secrets here.

And while you’re at it, go ahead and find out the compatibility between you and your Pisces man with my free quiz. It’s an easy way to see if you have what it takes to make it in the long term.

Have you noticed these astrological influences on your Pisces man? Let me know in the comment section below!