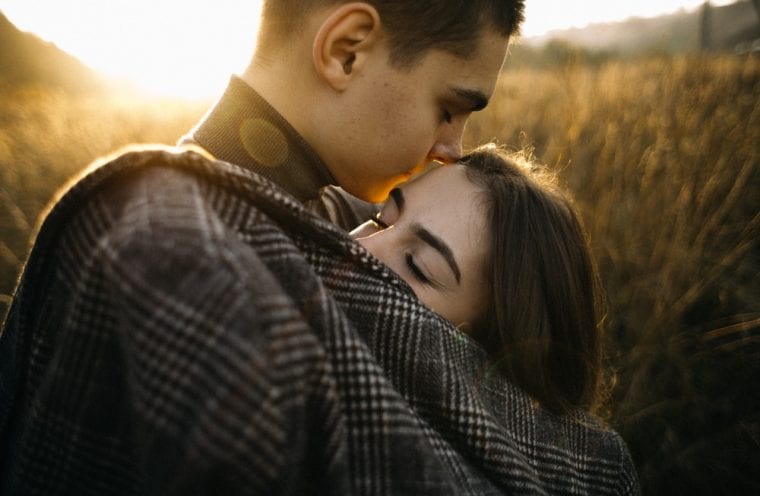 How to Attract a Pisces Man in March 2020

Attracting a Pisces Man in March 2020

You may already know that the way to a Pisces man’s heart is through the promise of eternal romance. Like his fellow water sign counterparts, he is abundant in creative imagination.

However, unlike his counterparts who are interested in security and possession, he will most likely use his immense creativity and imagination to create the relationship and eventual marriage of his dreams.

With Transit Venus in Taurus highlighting his 3rd house of communication, self-expression, and locality, the Pisces man may appear more passionate, sexually assertive, and giving than usual.

In astrology, Venus says a lot about what the Pisces man will want and need out of a relationship. Venus shows what he likes, the way he approaches relationships, the way he gives and receives affection, the type of woman he is attracted to, and his emotional relationship to material possessions and money.

Although Taurus and Pisces naturally get along, Taurus is passion and Pisces is emotion. During this transit, the Pisces man will be attracted to the woman who can give him both.

Because of this, you should make a point to bring more romance and fire into your affairs. You can do this by being consistent in your approach and initiatives.

The Pisces man is a mutable water sign who has a hard time deciphering fantasy from nonfiction. So if you want to attract and keep his attention, then you have to be both spontaneous and grounded. You will have to be the one to keep things steady because unless he has a strong Moon sign to keep him rooted, he will not.

Transit Venus in Taurus can be very possessive and demanding, and the Pisces man won’t be very comfortable with this. As a natural-born lover and compassionate being, it’s in his nature to help others.

However, he will be very attracted to the woman who can rise above the rest and take charge, especially the one who knows what she wants in and out of the bedroom. If you can do this, then you two just might have a shot.

Pisces aren’t typically providers. They just naturally have a hard time staying focused on their career. But with your help and guidance and Venus in Taurus encouraging him to take his finances more seriously, he may go out of his way to make an honest living for you. Just don’t make him feel small doing it.

The Pisces man is very sensitive, so any harsh comment will wound his ego and send him swimming in rage and shame.

If you want to attract a Pisces man in March 2020, then you need to remember that taking charge does not mean aggression. Being the leader of your relationship means that you are the captain, you drive the boat, but he is still your equal.

If you can treat him as such, the Pisces man will provide you with all the emotional, spiritual, compassion, and kindness your heart can consume. 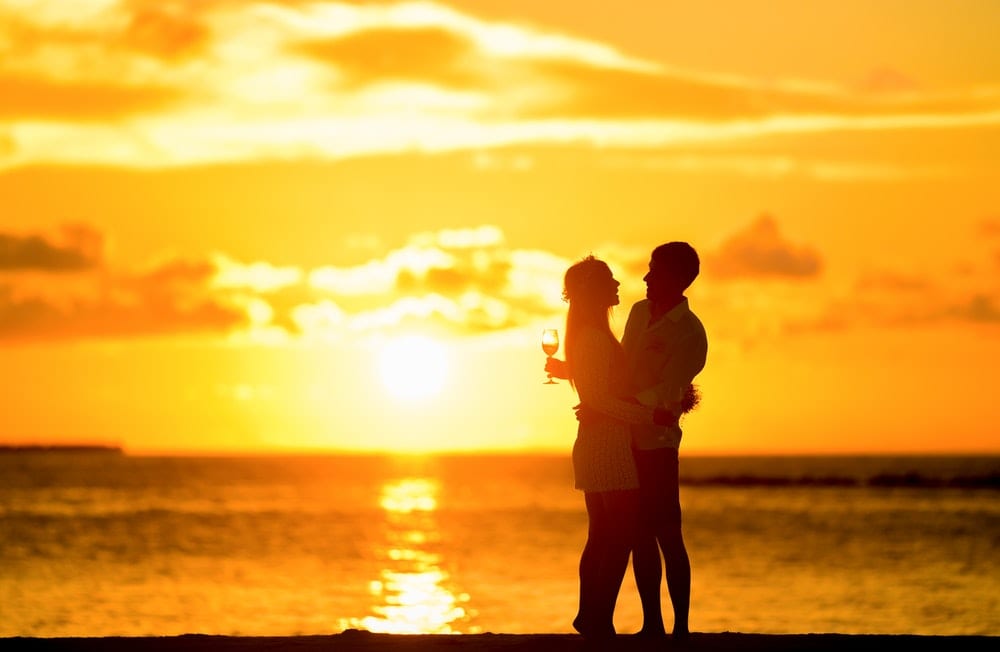 2. Encourage him to grow.

Although Pisces men have the reputation of being secretive, shallow, and unbelievably manipulating (which they absolutely can be), they can also be extremely sympathetic, humorous, and sentimental partners who will always make sure that he is there for you, even if it’s on a spiritual and emotional level.

Above all else, the Pisces man values selflessness. He is one of the most generous men of the Zodiac, and sometimes this can be his downfall.

With the Sun in Pisces highlighting his first house of self, personality, physical appearances, and personal goals until March 18, he may be more creative, restless, and energetic than normal.

Being a mutable water sign, the Pisces man is always swimming in multiple directions at once. As his current or future partner, this can be discomforting, especially if your Sun, Moon or Venus is in an earth or fire sign.

Although he can achieve great things in life, sometimes he needs guidance and supervision along the way.

This doesn’t mean that you have to be his mother; it just means that you need to gently encourage him to pursue his dreams in the most realistic way possible.

Encouraging him doesn’t have to be aggressive or bold; it can be something as simple as picking up the latest training manual for a subject you know he’s very interested in. Another way could be taking him to an art show to get him inspired instead of lecturing him to go paint.

Because he is mutable and therefore cannot be contained, he needs to feel like his decisions are his own. But at the same time, if you want to attract your Pisces man in March 2020, he needs to feel supported, like others are there for him if he falls.

For the Pisces man, support and encouragement are everything. He won’t feel safe with you if you don’t inspire him to be the best version of himself.

3. Give him mental space. Let him come to you.

In astrology, Mercury says a lot about how the Pisces man processes, receives and sends information on an internal and external level. Mercury shows us things like how he expresses his emotions, how he processes thoughts, how he perceives life, and what he wants to communicate to the world at the current moment.

With Transit Mercury completing its retrograde cycle in Pisces and Aquarius on March 9, Pisces men are more sensitive, vulnerable, and emotional than normal.

The Pisces man is already a very observant and intuitive being. Much like the Scorpio and Cancer man, he naturally sees, hears, and senses things that other signs would normally miss.

With Mercury retrograde until March 9, his receptors can either be magnified or weakened, it honestly just depends on where he is energetically at the moment.

Even still, March 2020 is a very sentimental time for the Pisces man. Because of this, he may come off very withdrawn and introspective. He will need more time than usual to sit and process his emotions; respect this space as best as you can.

Although you will want to take this personal, don’t. You lashing out and responding emotionally will only trigger him to crawl deeper inside himself.

If you want to build a relationship and get to know him on a more spiritual and intimate level, then you need to learn when to intervene and when you need to give him time to work things out himself.

At the beginning of March, when Mercury is still retrograde in his sign, the above mentioned characteristics may come across more aggressive than the rest of the month. But this will naturally pass with time.

Instead of forcing him to be more romantic and affectionate, tell him about your problems.

The Pisces man feels more comfortable expressing himself when other people are expressing theirselves. As a man who is always processing his feelings, he sometimes holds back this gift as a way to protect himself and his ego.

But you simply opening yourself up is all it will take for him to do the same. As a man of reflection and empathy, he will sympathize with you, feeling what you feel, and this will only bring you closer together on all levels.

Just remember, you have to take baby steps with the Pisces man. Jumping all in too soon too fast will overwhelm him, and he will have a hard time telling you no.

If this happens, eventually, he will become more secretive and mysterious. This can lead to infidelity and mistrust. If you notice this behavior from him in March 2020, address it immediately. Don’t wait.

4. Get involved in together.

With Transit Mars in Capricorn highlighting his eleventh house of friendships, hopes, and dreams until March 30, the Pisces man may be taking his social influence, visualization, and leadership skills more seriously.

In astrology, Mars represents how the Pisces man desires affection, sex, and how he will respond to the expectations set by his Venus. With Mars in a cardinal earth sign like Capricorn, he will want more consistency, recognition, and reliability in the area of his life that Mars is transiting.

With Mars settling into his friendship and dreams sector, he will enjoy spending his time with individuals who are most like him and share mutual interests.

So how can you help?  By being hands-on and active in his realm of social influence and community service.

What does this mean?  In order to attract a Pisces man in March 2020, be intentional and sincere when meeting his friends, volunteer with him at the local shelter, hold the camera while he films his latest YouTube video, or whatever he needs from you in the present moment.

Even though Mars in Capricorn is very traditional and conservative, Mars transit in his eleventh house (which is naturally ruled by Aquarius) encourages him to be more liberated and honest about his desires and needs, especially when it comes to helping others.

So if you are someone like him who is very liberal and Free-spirited, you may have a hard time staying grounded in March.

However, this sense of comradery and spiritual connection is just what the Pisces man needs to get in the mood. And with Mars in Capricorn gifting him the stamina of the Goat, his lovemaking can go all night long.

Take a moment and reflect on all the ways that you will attract a Pisces Man in March 2020. What in this article helped you most? I’d love to know!

If you’re interested, my guide on how to attract a Pisces Man,