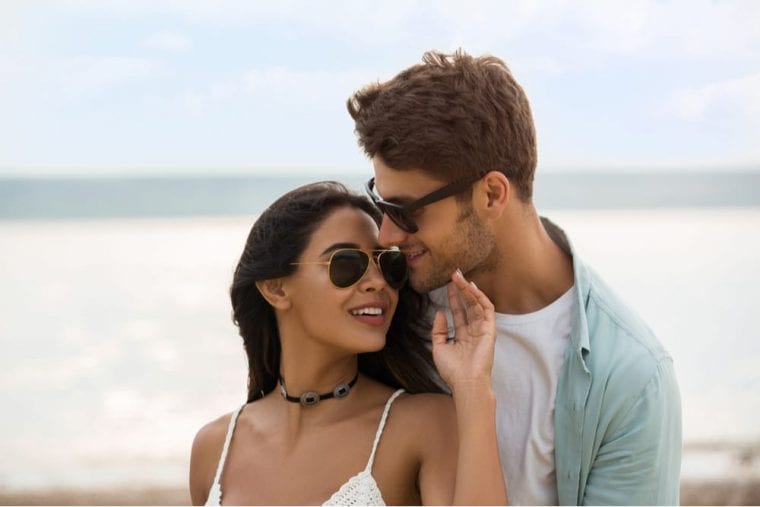 How to Attract a Pisces Man in August 2020

Every month, the planets change signs and affect our relationships. Depending on the planetary movements, it may be tough to understand the needs and desires of the Pisces man. But with my tips based on the monthly energy, you can draw the attention of a Pisces man or improve your relationship with one in August 2020.

Attracting A Pisces Man In August 2020

1. Keep the Goal in Mind

If you asked a Pisces man to describe Leo season in his own words, he would probably respond, “a time for creativity and renewed health.”

Although this can be an exciting time for the Pisces man, the Sun in Leo transiting his sixth house of organization until August 22 causes the Pisces man to be more detail-oriented than usual.

Because the sixth house rules logistics and analysis, during this period the Pisces man is most attracted to the woman who is grounded. He wants to be with someone who encourages him to live a life of purpose and servitude.

If I had to choose the most important thing about the Pisces man in Leo Season 2020, it’s being able to keep the end goal in mind.

Instead of acting impulsively or setting unrealistic expectations, be intentional, and have a vision for your relationship.

With the sixth house associated with the mutable earth sign Virgo, this is a building time. The Pisces man will be more productive and goal-oriented than usual.

Whatever you do, just be mindful that the Sun in Leo is highlighting the Pisces man’s weak spot. So as much as he would like to focus on you, he is also focusing on responsibilities. And this is no easy task.

If you find that the Pisces man is being lazy or overworking, remind him that it’s okay to take a break. Encourage him to find a healthy balance of work and play.

With the Sun in Virgo moving into his seventh house of relationships on August 22, the Pisces man’s focus will shift to spending time with his partner.

After three months of Venus exploring the Pisces man’s fourth house in Gemini, the planet of love will enter his fifth house of Cancer on August 7.

With Venus in Cancer highlighting the Pisces man’s fifth house of pleasure and romance until September 6, August 2020 can be a season of joy and liberation for the Pisces man.

Because the fifth house deals with playfulness and romance, the Pisces man is attracted to a woman who brings laughter and light to his daily affairs. He wants someone who can inspire and uplift him during his time of need.

During this period, focus on being a breath of fresh air for the Pisces man.

Although Cancer is a cardinal water sign, the fifth house is a fire house associated with Leo. Because of this, I’ve found the Pisces man during this period is bolder and more flirtatious. He is very responsive to your romantic gestures.

If you and the Pisces man are not in a serious relationship, this transit is an excellent opportunity to see if you’re a good match.

When deciding if you want to take things to the next level, think about your overall connection. How does he make you feel? Is this a fun fling? Or can you see it going all the way? Be honest with yourself.

3. Get Ready for a Fresh Start

When it comes to love and life for the Pisces man in August 2020, it can be somewhat of a new beginning.

On August 18, the New Moon in Leo will highlight the Pisces man’s fifth house of romance, bringing a fresh start to his love life.

With the New Moon in Leo signifying a new love opportunity, be open to starting over or starting a new chapter with the Pisces man.

If you’re looking for date ideas, think avant-garde. What can you do that would surprise him? What has he always wanted to do, but never dared to try? This is the perfect time to try it.

Because Leo is a fixed fire sign, you may notice that the Pisces man is more resistant to facing his fears. However, with a little inspiration, you can encourage him to tackle his phobias head-on.

During this lunation, I’ve found the Pisces man is very attracted to the woman who is open-minded and youthfully spirited. He is turned on by the woman who can liberate his heart and help him feel more creative.

Think about taking on a DIY or creative passion project with him. Find unique ways to create shared memories together.

Read next: The 7 Best Places To Meet a Pisces Man If He’s Your Perfect Zodiac Match

With Uranus, the planet of innovation and technology, stationing retrograde in Taurus on August 15, the Pisces man is ready to make positive changes to how he communicates and processes information.

Instead of being information-driven and only focusing on the facts, the Pisces man is learning to be more flexible and resilient when pursuing his ideas. He’s learning that having a strong imagination and vision for the future isn’t enough. Sometimes you have to be thick-skinned to see results.

Because of his ability to open up and unlearn any healthy forms of emotional and material detachment, the Pisces man is attracted to the woman who has a balanced sense of practicality and imagination. He wants a woman who can communicate her needs and translate them into the physical and spiritual worlds.

If you are a Taurus, Scorpio, Libra, or Gemini woman, this transit is an opportunity to get to know the Pisces man on a practical level. What are his daily routines and habits? How can you inspire him to be a more grounded and dependable person?

If you are a Cancer, Pisces, Aquarius, or Capricorn woman, this transit is an opportunity to experience the more light-hearted and generous side of the Pisces man. During this period, try to be more sensitive about how he receives your messages.

If you know that he has a hard time expressing his feelings in a grounded manner, meet him halfway. Let him know that you want to be a part of his healing and overall transformation.

If you are an Aries, Sagittarius, Virgo, or Leo woman, this transit is an opportunity to build a mental and verbal connection with the Pisces man. During this period, focus on understanding why he is the way he is, rather than criticizing him for being different than you. What do you have in common? Start there.

Overall, if you want to attract a Pisces man in August 2020, I suggest keeping the end goal in mind, being more romantic, preparing for a fresh start, and focusing on communication.

For those who are ready to dive deeper and start your journey to unconditional love with a Pisces man, my guide Pisces Man Secrets is better than any daily, weekly, or monthly horoscope app you’ll ever read.

Instead of just giving you the basic knowledge of the Pisces man, I share real-life stories and examples of women who have been where you are and now have the relationships of their dreams.

In this intuitive guide, I’ll share with you my top secrets for winning the heart of the Pisces man. If you’re ready, purchase Pisces Man Secrets here.

And why not take my free love and compatibility quiz to find out if you and your Pisces man are a match?

I’d love to hear your results in the comment section below!