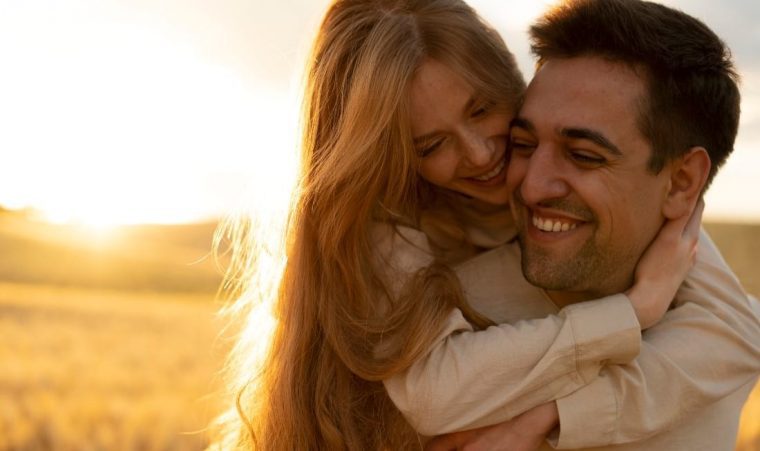 Hello, dear readers. I hope all is well and calm as the summer slows down, and that you’re ready to dive right into the Pisces man’s predictions for the month of September! Let’s get started!

This first week provides certain feelings of déjà vu and the need to revisit places from the Pisces man’s past. If you go with him to these places and timelines that he keeps close to his heart, you might help him expand his horizons and make some new memories and emotional imprints that will override the previous ones.

The second week pushes his buttons and he needs time to process so that he doesn’t implode. He will need his space and time to reevaluate what had to be sacrificed in order for further progress to be able to happen. Give him time to recuperate and ask for help on his own…

The third week will mark a nice change in the Pisces man’s inner landscape; it’s finally the right time for dates and cuddly evenings. Make sure to plan something cozy and special, outdoors if possible, and hold his hand.

The fourth and final week brings an interesting relationship development for him, and he should be prepared to be brave when it comes to the New Moon on the 25th. It falls into his eighth house of occultism, intimacy, and secrets, so he should be ready to rock and roll this New Moon on a metaphysical plane like it’s a Metallica cover. It’s a great time for intimate dates and deep sharing of emotions.

At the beginning of the month, the Pisces man’s focus will be on travel, the professional sphere, and his social life. He is most likely to visit dear places from his past that have been on his mind for quite some time now.

Nostalgia and déjà vu are strong for him at this time, and it might be a good idea to simply go with him and observe the world from his viewpoint for a couple of days. His feelings are bound to fluctuate at this time, as the Moon will conjunct the South Node in Scorpio.

As the week progresses, he will shift focus on his career and public life, and he can expect certain blessings in disguise to show up and redirect him on a better path for his highest good.

Finally, at the end of the first week, he’ll be called to attend social gatherings and expand his social circles. He might not be exhilarated about it, but in the long run, this will prove to be very beneficial for both his career and his mental health. Accompany him on these social events, if possible, and enjoy being included in his personal world.

Too Much On His Mind

The second week of the month casts focus on the Pisces man’s twelfth house where his dreams will be stirred through the connection between the Moon and Saturn Retrograde. He might feel underslept and overwhelmingly tired, but this is because the Full Moon in his first house approaches. His mood might be irrational and more irritable at this time.

On the 10th, there’s a famous Full Moon in Pisces in his first house, and it conjuncts Neptune Retrograde. This will make him release something he’s been holding and hiding inside for quite some time. He might even suddenly shed some weight after this Full Moon is over.

This is a great time to give your Pisces man his space and time for him to load and examine his own thoughts and feelings. This is not a good time to push for dates and time together. Instead, be compassionate and let him be if that is what he needs at this time.

After the Full Moon, the Moon will illuminate his second house of finances and income, and he will be called to think twice about his saving plan and perhaps even invest in life insurance. Now is a great time for him to check on his health insurance and see if anything needs updating, no matter the cost.

The end of the second week is a good time to ask if he needs help with anything and if he does, to use your skills in order to compensate for where he lacks when it comes to dealing with the logistics of the mundane world.

Fun And Games, Feast And Gains…

The third week of September brings pleasant change, as the Pisces man’s mind is focused on home and pleasure matters. The Moon might bring forth some conflicts in his home, especially if he has male children. His authority won’t be respected and his patience will be tested.

This is why it’s a good thing that the Moon soon transfers into sensitive Cancer and makes his fifth house of fun and romance active. Now, this is a perfect time to get him out of the house and into nature. Plan a picnic or a fun date by the water for him, and his heart will swell.

The Pisces man will need to clear his mind and open his heart for further development and growth during this time, which is why it’s a great idea to spend time close to or in the healing waters of a nearby lake, river, or ocean.

When the end of the third week approaches, he will be forced to focus on mundane tasks and work. This is a good time to elevate his spirit by cheering him on and giving him time to work on all the obligations that may arise at this point in time.

The fourth week will cast a heavy light on the Pisces man’s relationships and he might even be overwhelmed with everything that is going to go down during this time. It’s a great time to have constructive conversations about the structure of the relationship and to work out a schedule that works for everyone and a plan that will make sure that the relationship is on the right track.

But you should not be hasty, and you should double-check your words before you say them out loud thanks to Mercury Retrograde. It’s easy at this time for conflict and misunderstanding to arise, which is why you should be slow in expressing your thoughts and feelings.

On the 25th, there’s a New Moon in Libra, and this will have a very arousing effect on the Pisces man. He might be conflicted as his feelings could be contradictory, but if you plan a nice, romantic date and surprise him, then he won’t be able to resist the “free” cuddles and kisses.

It’s a perfect time for him to reexamine the relationship with his partner’s possession and money, and to correct any stray beliefs and behaviors that are not soothing for both parties involved.

His intuition, dreams, and psychic gifts will be especially enhanced during this lunation, and this might bring forth opportunities for some very metaphysical dates and experiences.

Read next: Pisces Husband – What Are Pisces Men Like In Marriage?

This is it for September, my dreamers. I hope it helps you navigate the Pisces man’s murky waters, and you swim out of the other end successful and richer than when you jumped in.

Prompt him to be brave at the end of the month, and don’t let him miss out on the opportunity to do great things when the New Moon takes place on the 25th.

Are you looking to deepen your relationship potential with your Pisces guy but you’re not quite sure how to go about it? Then why not take a look at my VIP consultations. Let me help you get the love life you deserve using my knowledge in Astrology.

Wishing you so much love and happiness!