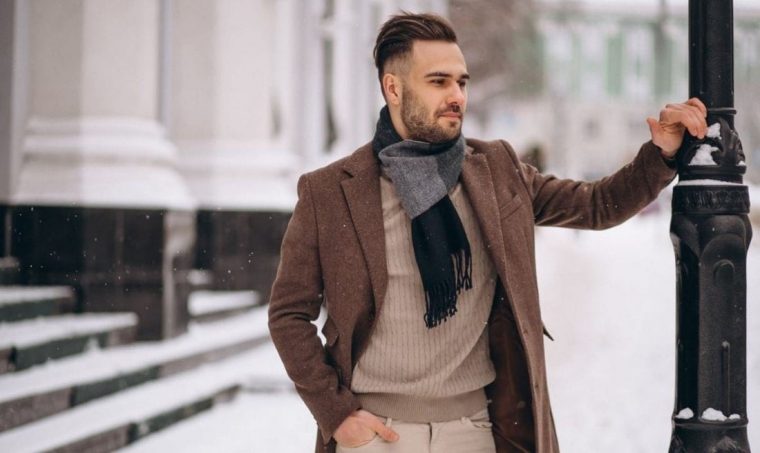 Hello there, my divine darlings, how was your New Year’s? Are you excited for all the majestic things to come in this 2022? I sure hope you are, because I am! Now, let’s head right in the Neptunian waters of the Pisces man’s predictions.

The New Moon brings wonderful new beginnings for the Pisces man, coupled with both Jupiter and Mercury on 0th degrees, he is in for a majestic treat. 2022 is the year of the Pisces man and he’ll have good luck and fortune to pass around. Keep him in your pocket like a lucky charm.

The middle of the month has nice things in store for him. Giving him a gift during this time, a small detail that expresses your attention can cause a very positive reaction and an avalanche of emotions.

The end of the month puts the Pisces man in a sociable mood; he’ll be surrounded by friends and familiar faces most of the time, and even a blast from the past is possible. Someone from his past will try and get back in touch with him via one of his friends, but the Pisces man is more focused on the now and his current romance. These aspects set a positive stage for February…

This year is the year of Pisces. Jupiter just ingressed into Pisces and it’s on the 0th degree, the degree of new beginnings and it coincides with the New Moon and New Year, how awesome is that?

Jupiter is in the Pisces man’s first house of self, so he’ll be extra lucky during 2022, especially if we account for Neptune and Pallas that are conjunct in there, too. This means that he’ll have a lot of opportunities for personal growth and expansion.

The New Moon takes place in his eleventh house of noble causes, friends, and humanitarian aspirations, and it lights up the whole house. This means he’ll be particularly lucky in social circles and can meet a lot of important people that can prove to be very valuable for his ambitions and aspirations this year.

This New Moon is also special because the ruler of his fifth house makes a conjunction with the Sun in his eleventh house, and the ruler of his seventh house is on the 0th degree – a prominent degree for new beginnings, in his twelfth house. All of this means that it’s very likely that he will have a romantic experience with a woman he got into touch with via his friends.

At first, this relationship will be hidden. The Pisces man will want to explore the hidden depths of his love interest or partner in peace. He’ll want his lover all to himself with all the time and space he can afford to discover as much as possible about the lady that came out of nowhere and stole his heart.

He is very romantically inclined and in a pink mood. Good activities can be something simple yet romantic, like flirty conversations next to some candlelight and good wine. Watching sunsets from the top of a building together, or taking a walk in a botanical garden…

At the end of the first third of January, the Pisces man will be open to going out on dates and doing some adventurous stuff. His mood will be high and he’ll be washed over with a lot of enthusiasm and positivity.

Good ideas for romantic activities include going out to a sushi restaurant, or going to an amusement park, and spending money on mini cars and small races. Even betting on a horse race for fun can turn out to bring a sudden streak of luck.

Mercury and Saturn are getting cozier and closer in his twelfth house and his intuition is sharper than ever, he knows his odds well at this point in time, and that doesn’t exclude his romantic chances.

Money will find its way to his pockets at this time, and he’ll be more than happy to spend it on something romantic and exciting, especially if he gets positive feedback on his flirty prompts.

This is a great time for thinking about him and sending him telepathic messages. Gifting him rose quartz or a pink scented candle is an excellent idea to let him know you care and you’re thinking about him (most of the time). Plus, men love to receive gifts, too, they’re just not eloquent enough to let it be known.

3. Put On Those Heart-Shaped Glasses

The Full Moon lights up his fifth house of fun and pleasure, and it directly opposes the shady conjunction between the Sun and Pluto in his eleventh house. This creates a very fine opportunity for some sensual time and exchanging gifts in the emotional form.

Giving each other handwritten poetry, or taking polaroid pictures, and giving each other thrift shop art can be an amazing activity during this lunation. The Full Moon accentuates Jupiter’s degree in his first house, so he’s sure to be unable to sleep during this transit due to his burning heart and aching desire.

Make sure to be bold and make the best use of this prosperous transit. The Pisces man is having the best out of the entire Zodiac, and it really is a very good and fertile time for him to open up and give a lot of love he has locked away on the inside.

His dreams will be a bit on the turmoil side thanks to retrograde Mercury in his twelfth house, and it’s very likely he’ll suffer from insomnia at this time. But he’ll be very creative and in a romantic mood, so I say it’s better to put that to good use (wink, wink).

The end of the month puts a strong accent on his eleventh and twelfth houses. This means that he will have a lot of social gatherings and fertile opportunities for making good impressions and sowing bountiful seeds for the months to come.

He will be very socially active during this time, and he won’t hate it. Solace will escape him more often than not during this period, and he will be surrounded by people almost at all times.

This means that a possible love interest or partner from the past will get in touch with him via one of his friends, but it won’t be for long. This is just a flash from the past, and he’ll be more focused on a fresh romance he has going on at this time.

The transits are looking good, and they promise a nice start to February. As I said, this is his year and he has a lot of luck and good things coming his way, he just needs to remain open and emotionally available in order to receive all the blessings the Universe has in store for him.

Read next: How To Read A Pisces Man’s Text Messages: 5 Messages Decoded

There you have it my divine darlings, a wonderful forecast for Pisces man and the first month of the new year.

Some of these transits are going to feel different for individuals than I have explained here. While generally accurate, these predictions don’t reflect the entire depth of information found within your partner or love interest’s birth chart.

Stay healthy, stay well, and stay sparkling, until next time!