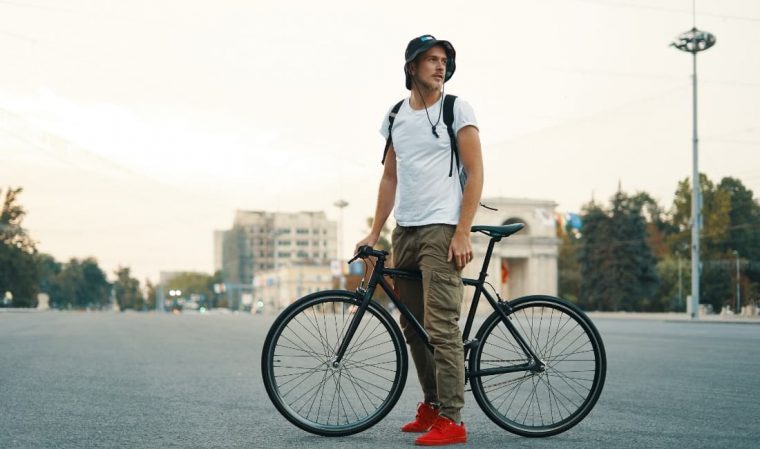 Hello, dear readers! Summer is in full swing and we are onto one scorcher of a month – that goes for temperatures and the heat that Leo season is thrusting upon us! No sign of the Zodiac is safe from this big, fiery Leo vibe… so let’s find out what the Pisces man will do with this bold and bright energy!

The Full Moon on the 12th brings forth an extensive rise in the Pisces man’s intuitive energy. His dreams will be out of this world, and he might call you in the middle of the night because he got too scared, or because he’s too tired but can’t sleep. It’s a good time to introduce more romance into your daily life – the Pisces man has ideas, trust him.

The third week is reserved for a good time, partying, and elevating your vibrations. It’s a perfect time to go to a music festival or to go to a bar that plays dance music. The Pisces man is your guy when it comes to letting your hair down and getting loose.

The fourth week of August is a perfect week for capturing the Pisces man to take him home. Especially on the New Moon that takes place on the 27th – whatever you do, make it seem like divine intervention or timing, and he’s all yours!

During the first week of the month, the Pisces man’s feelings are going to be highly romantic and sappy, so much so that you might expect him to surprise you with a synastry reading with your favorite Astrologer, or he might take you out on a poem night where he’ll read poetry inspired by you in a room full of strangers.

He is feeling it during this week, and he wants to show it to you to the max. You might feel like it’s all a bit too much, and you might find yourself wanting to take a step back from him, but his intentions are pure and he needs to show you that he’s into you.

He might be plagued by some form of guilt (he’s a Piscean after all), and he’s feeling some sort of guilt most of the time, which is why he might try extra hard to put you in a good mood and to “make it up to you.”

You can talk to him if his displays of affection are not working for you, he’ll understand, but don’t be too harsh on him, let him have his sappy moments, he lives for those, and he is very grateful that he has someone to whom he can display them.

Come the second week of August, the Pisces man will be focused on introspective themes. He will want to spend time with his friends, especially if they are visiting places that contain history (like museums, pagodas, and historical operas or movies).

Venus moved to his sixth house, so he will have a tendency to be much more romantic in his daily life, and you can expect even more PDA from him now that Venus is in mighty Leo. He will know no bounds, so if you have a problem with that, you will have to set them.

It’s also a very good time for him if he wants to lose some weight or experience a glow-up through some cosmetic procedures or become regular at a spa place.

On the 12th, there’s a very powerful Full Moon in his twelfth house, his dreams will be out of whack, incredibly vivid, and even prophetic. Don’t be surprised if he calls you in the middle of the night to ramble about a very weird dream he’s had.

It would be great if you stayed with him during these days (and nights), and if you could listen to his ramblings and hear about the visions he’s been having thanks to the high energies of the Full Moon.

Come the third week, the Pisces man will exhibit focus on himself, his finances, and his communication skills. He might be very erratic whereas his verbal and through processes are concerned, thanks to that messy Uranus conjunction in his third house.

Unlike most of the Zodiac right now, the Pisces man will be brimming with ideas, a positive attitude, and readiness to start something new and to try out new things.

This is a very good moment to go on romantic dates, to have fun playing games, and to spend time in surroundings that include a lot of cocktails and positive music. This is, simply put, party time for the Pisces man, and his energy is very vibrant and potent during this third week.

It’s very likely that he will pull YOU out of a rut, and show you a good time. He’s ready to rumble and party hard. It’s a great time to take some time off work and go to a music festival, to experience changed states of consciousness, and to elevate your vibration through good vibes, music, and time.

During the fourth week of the month, things are happening. Things are spiraling out of the Pisces man’s control, but then again, when is he actually in control of anything?

Luck is on his side, and he has it more than he has brains, but that’s his secret spice – going with the flow and somehow surfing on it, making all others (especially Capricorn and Virgo) look like pent-up fools.

On the 27th, there’s a New Moon in his seventh house, and he is given an opportunity to start something constructive, meticulous, and dedicated in his love life. If he doesn’t get scared of responsibility and continuous work he needs to invest in his relationship, then he is on the verge of something big and life-changing.

He speaks the language of the Gods, and thus, if you whisper logic that is wrapped in romantic, shiny paper in his ear, he will hear you and fall under your spell. Make it look like you’re going with the flow and like you haven’t planned for him to fall into your love trap like a spider with a fly for weeks now, and you can catch him and take him home.

This is a great time for both him and his lover or partner, whether he’ll be aware of it at the time or not.

Read next: How To Tell If There’s A Future With Your Pisces Man

The Pisces man will be feeling great during August; much better than the rest of the Zodiac, truth be told. He will take this entire August as a sort of vacation, and he’ll be romantic, affectionate, and childish.

Some of these moods, benefits, and changes are going to feel different for individuals than I have explained here. While generally accurate, these predictions don’t reflect the entire depth of information found within your partner’s Birth Chart and your own.

Wishing you light, love, and all the luck in the Universe on your journey!