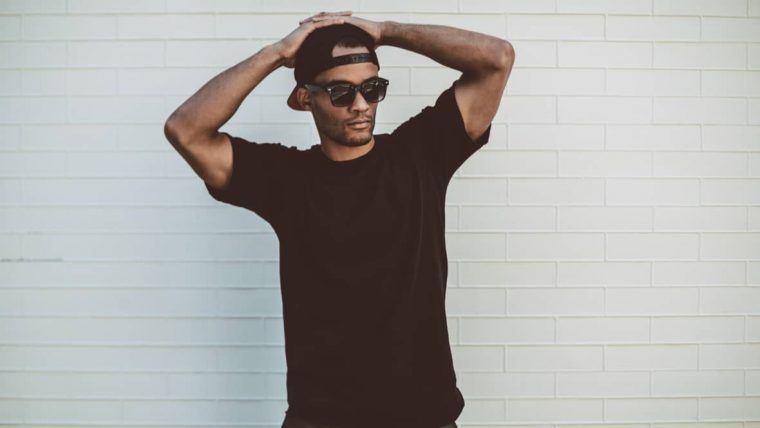 Hi my loves, how have you been and are you ready for April? For I’ve come bearing gifts – this month’s predictions are all baked and ready, so jump right in and see what this magic month brings!

A New Moon for new beginnings at the start of the month – what lovely symbolism, the Pisces man would say. This New Moon illuminates his second house of income and body, and there’s a lot happening in his first house of self and his twelfth house of sacrifice. His mood is great and energetic, so if you have any romantic or dating ideas, fly them past him and you’ll get a positive response.

The 9th of April brings together the exact conjunction of Jupiter and Neptune, and this means complete idealism and brain fog. Coupled with the malicious influences from his twelfth house, this will most definitely result in some bad nightmares… But, the good thing comes through Venus in his first house and the Moon in his fifth – he’s feeling romantic and the water element can heal him, so go out on a date near the water.

The Full Moon on the 16th brings a lot of fun to his life; however, caution in traffic and driving is heavily suggested.

The Black Moon, the second New Moon of April, brings peak blessings to his life. Now is a great time to do gardening together, or to pack your bags and go on a short trip where there’s a mounting landscape. This is the peak of 2022 transit for the Pisces man right here, so make the best use of it!

The beginning of the month marks a hefty party in the Pisces man’s second house of finances and body. The Sun, Moon, Mercury, and Chiron are all holding hands and partying like wild in Aries. This means that the Pisces man is about to receive a plethora of good news, and possibly start a new financial project that will lead him to a lot of money.

Both of his rulers (Neptune and Jupiter) are in his own sign of Pisces, in his first house, conjunct. And this means that not only will he gain weight but also blessings. There are a lot of positive things and happenings coming his way. The Pisces man will feel good about himself and it’ll be visible.

Venus, Mars, Juno, and Saturn are all joined in Aquarius, his twelfth house, so there are some affairs happening behind the curtains… Some hidden emotions are brewing in the back of his mind, and soon they’ll reach their culmination.

Uranus is conjunct Fortune in his third house of short travel and communication, so this means that he’ll experience luck and fortunate (but unexpected) circumstances on his way to work. The North Node is also in Taurus, so this year will bring fated events to his neighborhood and in relation with his siblings.

The 9th of April brings some very sensual and party vibes to his mind, thanks to the Moon in Cancer. But this Moon makes an opposition with Pluto residing in Capricorn, in his eleventh house of blessings, so there are possible squabbles with his friends in the making.

Since Venus moved to Pisces and the Moon is in Cancer, this is a perfect time to go out on a date and do something overly romantic, like having a fancy, intimate dinner by the water. Also going out on a boat, or going to a love hotel that has a water bed are great date ideas – anything connected with water can be a fine aphrodisiac during this time.

Some possible problems may arise with his father or grandfather, and this is something he won’t be talking about. He might even have violent nightmares during this time, so it’s a good idea to keep lavender perfume or oil next to the bed stand, just in case.

Jupiter and Neptune are conjunct exactly in his first house of self, this means that there’ll be a lot of swirling thoughts, daydreams, and idealistic ideas possessing his mind. It’s not a good time to make promises or long-term plans. Just go with the flow and enjoy the moment, for now…

On the 16th, there is a Full Moon in Libra, the Pisces man’s eighth house, and it creates an opposition with his second house. This Moon is conjunct Vertex, so this means that the sex is going to be not just good, but great right now. Especially if it takes place somewhere esthetically pleasing yet “forbidden.”

Mars moves to Pisces, Venus is halfway to Neptune, and Neptune and Jupiter are conjunct exactly, all in his first house. This means that his libido will be very high at the moment, as he’ll feel very confident, empowered, and sexy, which is not something you’re used to seeing with the Pisces man.

This is a nice change on his part, and you should enjoy it while it lasts!

Mercury moved to Taurus and is now conjunct Uranus, while Uranus is conjunct the North Node – quite an event. Especially since it takes place in his third house, it would be wise if he drove carefully and took things slow whereas communication and commute are concerned.

The Black Moon Is Here!

On the 30th, there is a Black Moon taking place in the Pisces man’s third house of communication and development. Fated deals, communication, and publishing will all happen in his life during this transit. What’s more, Venus and Jupiter are conjunct exactly in his first house, and coupled with them is Neptune. Mars is in there too, and Juno as well.

This Black Moon marks a very special time in his life. Blessings are pouring into his life, and he is welcoming them with open arms. But with the blessings, there are a lot of changes as well. He might buy a new car during this Black Moon…

This is a great time to share in his enthusiasm and good fortune. He is feeling very generous and optimistic; enthusiastic even. He will achieve all his goals during this time, and this New Moon is perfect for him to make a wish, a wish that has been consuming his heart for quite some time now…

This is a perfect opportunity to go somewhere together, to plan a short trip, and spend it somewhere where there’s fresh air, flowers, and mountains. Building a garden together, tending to the plants, or simply being in the presence of the living things can be the best aphrodisiac right now…

Read next: Does A Pisces Man Like To Be Chased, Or Do They Like To Do The Chasing?

The Pisces man will feel great and wonderful throughout April. Blessings will be showering him and his life from start to finish, but culminating during the Black Moon for sure.

Stay safe out there, and try to enjoy this April as much as you can, and share in with the happiness of Pisces man. This is his month, for sure!

I know that it can feel impersonal just to read my general advice on my horoscopes. If you ever feel this way then take advantage of my VIP Consultations. I created them so that I could get more in touch with my followers, one to one. Move fast to book a spot though!

Wishing you a wonderful April full of love and light. I’m looking forward to seeing you here again next month!