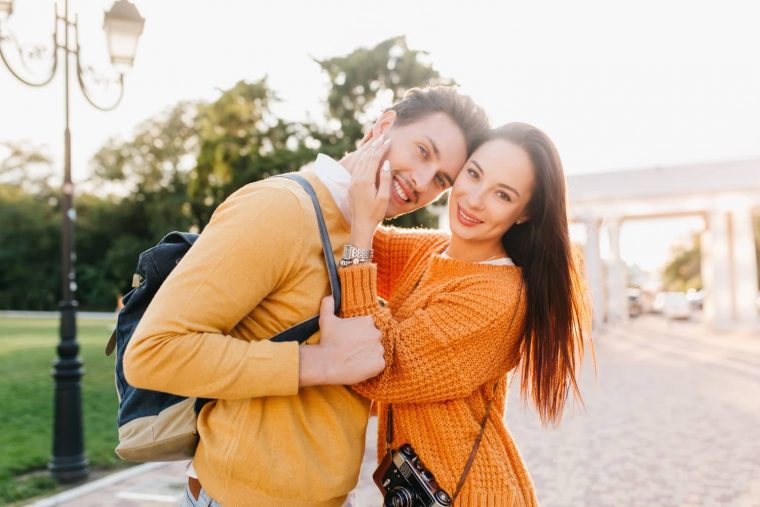 October will be a very pensive month for the Pisces man. He’ll be dealing with inner worlds and things that he has left for later… Well, that “later” has come knocking on his door, so he can’t ignore it anymore.

In the beginning of the month, and together with the New Moon, he will be enveloped in a soul-searching mood. He will withdraw from the outer world, and he’ll try to deal with his inner workings by himself. His eighth house of deathly matters will be active, so whatever he’ll be going through, he’ll try to mend it on his own.

The Full Moon will be a slightly different story. His eighth house matters will still be active, but on top of that, his second house of income and finances will become illuminated too. He’ll have to figure out how to manage his money and not overspend.

So, if you want to find out what exactly is happening with your Pisces man in October, read along and drop down below to peek in on his spooky secrets!

Since the Pisces man is ruled by Neptune and Jupiter, his evolution process takes longer (years even) than that of other signs. So, observing both Neptune Retrograde and Jupiter Retrograde, we see that these gas giants are positioned in very important houses for the Pisces man: in his twelfth house and his first house.

So, active themes at the beginning of the month for the Pisces man will have to do with his self-image, and his fears, doubts, and crushed dreams. The start of October will see him in a state of deep hibernation. He’s going to be in his inner world most of the time, dealing with things that weigh heavy on his heart and his subconsciousness.

The Moon will be active in his sixth house at the very beginning of the month, so he’ll be forced to deal with the matters of this house – daily chores, rituals, and obligations. He might even have a little bit of fun doing them, since the Moon will be in the sign of Leo, but honestly, you never know with Pisces…

So, even though he’ll be in a hibernate state, the Moon’s transit is favorable for getting in touch with him. Doing something fun together can, honestly, be a theme for this period. He’ll be more prone to saying “yes” to whatever’s being proposed to him right now, than he would during some other time.

Rolling In The Deep

The New Moon illuminates his eighth house and creates a conundrum there, as his twelfth and first houses are very active during this time too. What does this mean? Well, it means that some very hard topics are going to rear their ugly heads during this transit. He’ll be forced to deal with matters of death, letting go, release, and rebirth.

Pisces is a gentle sign, very idealistic, soft, and kind. Mercury Retrograde will add more confusion and misunderstanding to his eighth house matters, but I wouldn’t judge poor Pisces man too harshly. It’s he who can swim best in these murky waters.

The Pisces man has a natural “antidote” for retrograde states. He’s an excellent swimmer, and has been swimming in his own depths his whole life. So this New Moon might turn out to be life-changing and enlightening for him as well.

The New Moon will probably make it hard to connect or get in touch with him, as he’ll be out of human space and time during this transit. But, if you are lucky and manage to get a response from him, then this contact might turn into something far more serious and deeper than what you anticipated.

He’ll want to delve deep into his own psyche and dissect his own emotions, the conversations that you can have with him at this time can turn out to be quite romantic, but also deep and serious.

This New Moon will definitely be very pensive and exploratory in nature for the Pisces man. He’ll feel called out to delve into his own heart and expel emotions outward.

The Full Moon will activate his second and eighth houses, and the topics that saw their beginning during the New Moon phase will face their escalation. He’ll be forced to deal with matters of finances, money, and inheritance.

The good news is that Mercury, Jupiter, and Saturn are no longer in retrograde, so the flow of energies and progress of life events will begin moving “normally” again.

The Pisces man will also be called to face his emotions connected to his family and career. He’ll have a lot to mull over during this Full Moon, and going out will not be a very good idea as he will be prone to overspending and using money recklessly during this time in order to escape his own emotions.

He will receive a solid piece of advice from one of his grounded friends, that’s a silver lining in this period for him. He’ll be able to confide in his friend(s) and to relieve the burden on his mind at least a little bit.

This month simply isn’t on the ‘active’ side for the Pisces man, he has a lot going on in his inner world, and in his home and family life, too. There are some pressing matters that he has to deal with, with which he hasn’t dealt with in due time, so now they have come back to confront him.

This will, of course, take its toll on his dating life and romance. He won’t be in it wholeheartedly, although his emotions will be pushing him towards his love interest or partner. He simply isn’t in the right headspace for it.

Read next: 5 Signs That a Pisces Man Is Ready to Commit to You

The Air Is Filled With Romance

The Moon will activate his seventh house on Halloween, plus his ninth house will also be active. This means that he’ll want to spend this special, nostalgic time with his lovely lady, and something major will change (for the better!).

The activation of his ninth house, at the same time as his seventh house of partnerships and long-lasting relationships, is illuminated. Meaning that he will come to an emotional breakthrough and that big movement will be seen in his emotional landscape.

It would be great if you use this time to go out on romantic dates that include a lot of warm colors and cozy atmosphere. Holding hands, drinking hot lattes or cider, sharing a delicious piece of apple pie, or just strolling down the autumn landscape with sunset before your eyes are all amazing ways to spend these last days of fall.

He’ll be very happy to finally be able to fulfill the romantic needs he’s been suppressing throughout this month, and he’ll also be relieved to have someone to share his idealistic views of emotions and romance with.

This is a wonderful time to go on dates and to spend evenings cozied up together under a warm blanket. Enjoy the calm and loving energy while it lasts!

If you’re still filled with doubts or worries about your relationship with a Pisces man, then why not take a look at my new VIP consultation offering? This is a wonderful way for you to find about more about yourself and the keys to unlock the most amazing romance yet!

Wishing you all the love and happiness in the world.