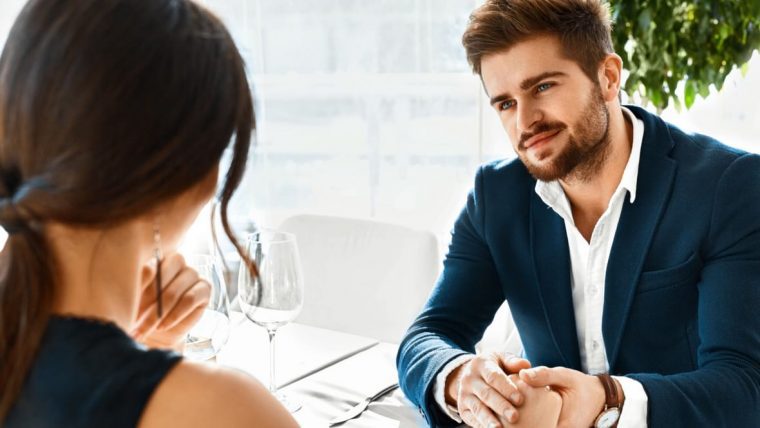 Hello my darlings, how are you? Are you ready for November and all that it brings with it? Read along, and let’s find out exactly what’s in store!

The beginning of the month is ideal for romantic communication and charming conversation on dates that can take place nearby the water. Buying flowers, window shopping, and being goofy on causal dates is what the beginning of November is all about for the Pisces man.

The New Moon won’t be too convenient for the Pisces man’s romantic life. His mind will be on other matters, and his demeanor will be aloof and cut off. During this lunation, he is most likely to be stuck in a world of his own.

The middle of the month makes challenging aspects to his finances, friendship, and subconscious mind. He will feel lonelier than usual, but his mind will store potent ideas for some better times in the near future.

The Full Moon Eclipse highlights his third house of communication. Due to the built-up stress, it would be best if he didn’t travel anywhere at this time. He’ll feel the need to open up, even if it’s just over the phone to his love interest or partner. This can lead to some very interesting (romantic) outcomes.

The end of the month transits show improvement in his communications. The Pisces man will feel nostalgic during this time, and he’ll be prone to opening up about his feeling through playlist sharing. If you “poke around” his innards, he’ll be nudged to write walls of texts exposing his inner musings and rich romantic world.

Come As You Are, And Come What May

At the beginning of the month, the Pisces man is faced with an active fourth (home and family) and seventh (marriage and long-term relationships) field. This means that he will have some karmic lessons whereas his family and relations are concerned. And possible disagreements with his love interest or partner are looming.

This is not long-lasting, as the Moon’s dispositor, which activates his seventh house, is Mercury in Libra, so he will be prone to a more delicate and diplomatic resolution of whatever issues may arise.

Furthermore, Mercury sits on Spica, a fixed star from the Virgo constellation, and this additionally colors the tone of the communication with good vibes and good luck.

His ninth house of religion, higher education, and knowledge expansion will be all the rage this month, as it’s undergoing a lot of illumination and transformations.

His tenth house (career and public image) is not going to go very well in the first half of November, but the Pisces man is used to life being unfair and having to deal with injustice more passively, so there’s nothing here that can put a damper on his (romantic) spirit.

His twelfth house (dreams, illusions, fears, and hidden enemies) is a bit overactive at the moment, with Jupiter and Saturn traversing through it. Jupiter hits some inconvenient fixed stars, but that will play out mostly on his subconscious level and when he’s in solace.

This means that he should be extremely careful in traffic and that now is not the time to be texting and driving.

He should also use this lunation to make any wishes that include expansion of knowledge and overseas travel.

Venus is ready to move into his eleventh house of philanthropy and friendship but is hitting this last Sagittarius degree quite heavily. This creates an active opposition to his fifth house of romance, so his mind won’t really be in the romantic element during this New Moon.

The Pisces man will find it hard to relax and fantasize during this time, and his focus will be on some inner fears and paranoia that might hit his subconsciousness strong during this time.

What he needs most right now is to be left to his own devices until the (inner) crisis passes, and he is once again his cheerful and empathetic self.

The mid-month activates a transit over his second (finances and material possessions) house as well as his eleventh (noble causes, friends, and teamwork) and twelfth (fears, dreams, and seclusion) house. This means that his secret wishes won’t come true, and he will likely experience some eye and lower back problems.

There’s a good chance that he’ll have unexpected health expenses. He might even feel more isolated during this transit as Venus will make very difficult conjunction with Facie (nebula), the most violent object in the sky that contains two black holes.

This means that a relationship with a friend of his can take a dark turn very fast, and it’s quite possible for him to receive some tragic news during this transit. He should be hoping for the best but preparing for the worst in this case scenario.

Since Neptune is still stationed Rx at this moment in time, the Pisces man is doomed to feel sluggish and demotivated, but Pallas is there to save the day (at least a little bit).

His mind will be overactive, and he’ll be brimming with creative insight and ideas. This can prove to be very useful later on when the aspects for romance are much more benevolent.

Where He Went Vs. Where He Wanted To Go

The Full Moon Eclipse in Taurus activates his third house, and it conjuncts the tip of his fourth house. Meaning that due to the maleficent influence of Algol (fixed star in Perseus constellation), he should not engage in any kind of travel. And some painful topics tied to his home and family are bound to emerge.

The good thing is that the stellium in his ninth house will soon disperse and shine a bit of light on his tenth house, bringing long-overdue luck to his career and public image.

Furthermore, his eleventh house receives reinforces in the form of Fortuna and Juno, so it’s quite possible for a love interest or affair with someone from his circle of friends to arise.

Jupiter is making his way to the tip of his rising house, but he still has some ways to go; until then, he’s keeping the waters calm in his twelfth house (for now), but he is prone to experiencing some very vivid and even clairvoyant dreams at this point in time.

Even though he’ll most likely keep his distance from his love interest or partner at this time, there are going to be some things he realizes through his inner mullings and dialogues.

He might call up his love interest or partner in the middle of the night to talk about some (random) things that he has been overthinking lately. The important thing is that he cares, and he’s eager to show it even when he’s feeling the need for solace.

Keep Wary Of Water And All Will Be Well

The end of the month brings good fortune to his seventh house and his tenth house. This is quite fortunate, for these lucky occurrences will lift his spirits and encourage him to get back on romance tracks.

He’ll be more outgoing towards the end of the month, and he will feel the need to flirt and be charming towards his love interest or partner.

Due to the Moon’s transit and conjunction with Foramenon (a fixed star from the Argo Novis constellation), the Pisces man should be wary of kidney and respiratory problems.

He’s also advised against water activities and being careless with water. He should avoid slippery surfaces and environments due to the possibility of getting injured during this transit.

This transit makes a promise of a much lighter and romantic end of the year, but for now, he should stay safe with both feet on the ground.

Good romantic activities for this part of the month would be long texts, writing letters or emails, sharing playlists, and sending hidden messages through songs – very Piscean in nature, right?

Well, as long as everyone respects each other’s boundaries and personal space, then there is plenty of room for emotional growth.

Read next: How To Keep A Pisces Man Interested In A Long Term Relationship Or Marriage

November passes without too many major disturbances for the Pisces man, but that is not to say that he’s unaffected. His gentle spirit will need recuperating and recharging during this time. There will be time for concrete romance, but that is not now.

If you’re in doubt about your relationship with a Pisces man or are looking for more specific guidance in love, then it’s time to check out my special offer. I’m providing my lovely readers with VIP consultation where I can answer all your personal questions in love and life.

Stay cheerful and strong. Until next time, my lovies…